First of all: Thanks for the nice opportunity to meet up with Fairphone staff and community members. Last Friday’s community borrel was a blast.

Stepping into the (very nice and lofty!) office we were greeted by friendly Fairphone staff and immediately had nice conversations. There was a table with urban mining equipement, Fairphone T-Shirts (with the old starred logo), drinks, and still many people working. While waiting for everyone to arrive we had opportunities to see the office or get to know fellow Fairphone community members. Shortly after the program began. 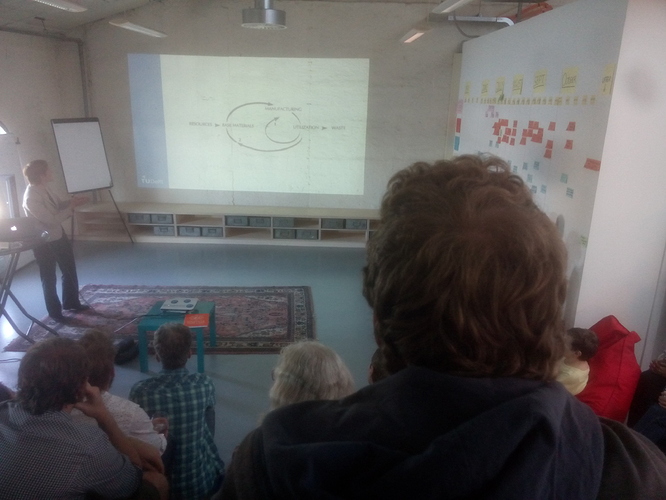 We’ve heard interesting talks on products that last and Fairphone’s continued effort to get conflict free minerals into Fairphone 2. IMHO, the second talk didn’t include much new information if you are a Fairphone blog reader.

The first talk was by Conny Bakker from TU Delft. She introduced the concept of products that last and the circular model for ressource consumption which is necessary for that goal. Her point was that one needed business models that make such a cycle of ressources possible. The types of business models she showed work towards a cyclic model (e.g., leasing, long living devices with consumption parts, etc). However I fear that many of these business models leave users with less rights (vendor lock in, users don’t own their devices, etc.). Nevertheless, the talk showed good insights for possibilities to overcome the current source-produce-waste consumption of ressources. 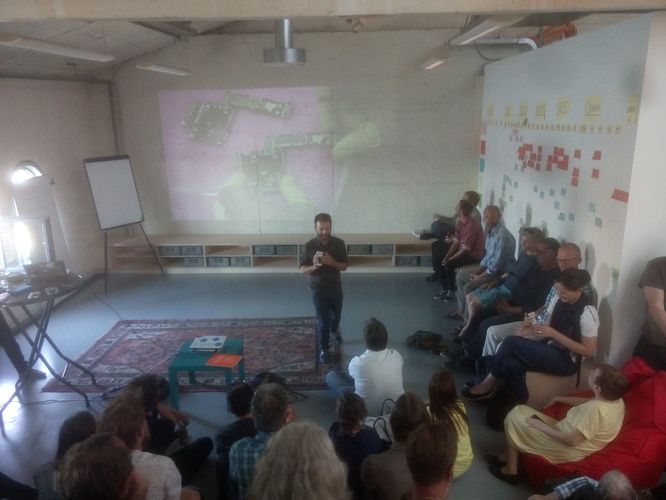 After those two talks we got to have a look at the prototypes of Fairphone 2. It’s exactly like described in news articles: Relatively big, very sturdy (again, Miquel threw it over his shoulder), modular, nice. We’ve also had the opportunity to play with various prototypes: From wodden design studies to the already working prototype 2 which runs a new version of Fairphone OS based on Android 5.1. We could disassemble and assemble everything. I have to say it is very impressive indeed. 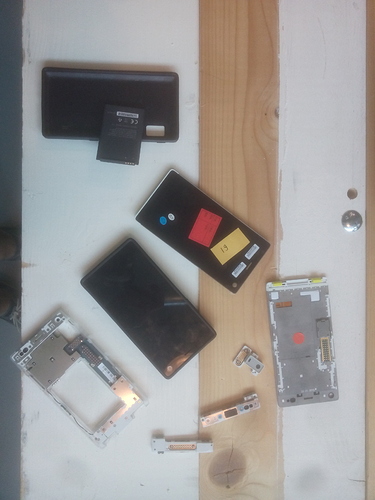 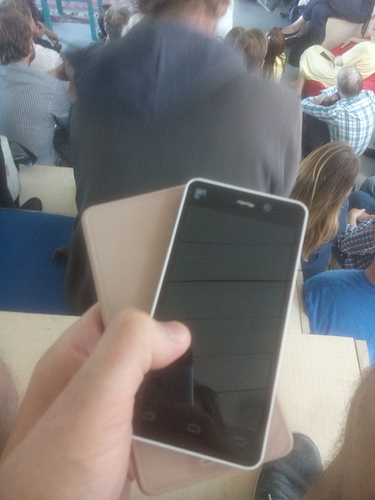 After all the presentations there was plenty of opportunity to talk to various members of the Fairphone team. It was interesting to get insights into their working processes and how they see current developments. For instance I can report that decisions like the large screen were heavily contested within the team and that they settled for it for very good reasons: One among them is the fear that the screen supplier might stop manufacturing smaller screens in the future because there will be only large screen devices in the market. Fairphone would not be in a position to make them continue production of a smaller screen because they don’t order large enough quantities.

Likewise, Fairphone team members would like to have a lower price for Fairphone 2. However the current EURO/Dollar conversions don’t allow that: All expenses in the smartphone market are in Dollars. The weak Euro increases prices.

Overall I got the impression that the Fairphone team is very dedicated and that they are genuinely trying to make the best possible decisions for the Fairphone community. Thanks for that and – again – thanks for the invitation to your office.

@jftr Thanks for you report! Very interesting

It was very nice to be there and meet the team of Fairphone. I really enjoyed being there.

Thanks for the report! I wish I could’ve been there but I had other obligations. Hopefully something like this (an informal meetup with the Fairphone people and community) will be a more frequent thing.

@Lidwien, you’ve also been there, haven’t you? Have I missed anything? What was your impression?

Who else was there?

Your message was a good report of the borrel. For me, just being there, chance to meet the team, to see their commitment made my day. Also the contact with other people who bought a Fairphone was great, especially the age difference was high. It showed again that Fair-awareness runs through all ages.

Thanks for the report, @jftr! It’s a really great feeling to have so many Fairphone owners and community members in one space. I hope we can do more in the future. And great meeting you @jftr and @Lidwien, we’ll have to have more time to talk next time.

If anyone has feedback on how to improve the event, or what’d you like to see at the next one, you can send us your feedback here: https://www.surveymonkey.com/r/fpborreljuly2015