Isn't Fairphone being a bit too self-congratulatory?

Thus far I am not that convinced about Fairphone being anything more than a semi-upgrade-able gizmo. The critical components of the FP1 & 2 cannot be upgraded or exchanged, and the repairable/replaceable components are input/output devices.

I must admit that my experience with the Fairphone has not been that good. Sadly, I need a very reliable smartphone on the road, and the FP2 has not cut the muster. I get no signal in much of Scotland - when others on the same network are fine. This has also been true in America, and Scandinavia.

The support seems to be very happy as a whole, but the methods and processes are no less cumbersome and annoying than any other maker. They are only able to deal with a portion of the technical info given to them, and come back with “have you plugged it in” types of debugging FAQs. To get my phone FINALLY sent back to repair, it took HOURS. The phone cannot get a mobile signal anywhere, and 1) I tried a brand new SIM, 2) I tried factory resets, etc 3) I gave up on the SD card, as I needed to travel and required comms not camera.
PS - the back cover of the FP2 is very fragile. With all of the opening/closings I needed to do in order to debug it, the back cover cracked quickly. It is an “Accessory” for over 40€ - and the colour I want is no longer available.

I am not seeing that much of a revolution here. The arduino is a revolution. At very least I would expect better and more in-depth diagnostics, as well as access to real technical advice.

WiFi has been the only thing that works well for me.

PS - the back cover of the FP2 is very fragile. With all of the opening/closings I needed to do in order to debug it, the back cover cracked quickly. It is an “Accessory” for over 40€ - and the colour I want is no longer available.

Is your favourite colour “transparent” by chance? They found it is not robust enough so a) they took down that option so no run runs into that problem and b) offered a free backcover of the remaining colors for everyone who ordered the transparent one (having damages or not).

Where was this offered? Mine is/was transparent black

Request page (for slim transparent/translucent - not sure what happened to the old bumper case versions):
https://www.fairphone.com/en/replace-your-translucent-case-voucher/
Background: 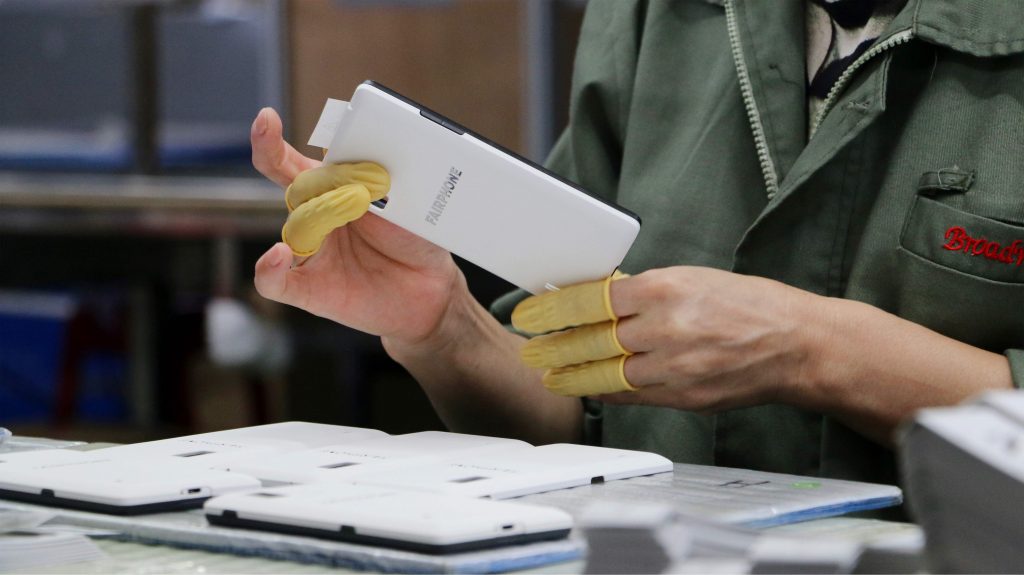 What happened with our transparent cases? - Fairphone

We have recently stopped selling our transparent and black translucent slim cases via our web shop and partners. After doing additional reliability testing we have discovered that they crack more easily, which makes them vulnerable to breakage. If...

The Shop says that the code has expired?

Probably best to contact Fairphone support (e.g. via here or by phone, details below the form in the link), as this looks like an issue on Fairphone’s end there’s not much anyone on the forum can do to help.

The critical components of the FP1 & 2 cannot be upgraded

…which were those critical parts?

Upgradeability was never the idea of Fairphone, but primarily repaireability.

Yes, very precisely pointed out. Because these are the parts which were (expected) to break most often. Nevertheless core modules also broke being the most fragile part of the entire device just as in every other electronic device. It doesn’t like being drowned, bend, shocked, cooked or else misused just as other highly sensitive high-density electronic circuit boards. In very rare cases there may have been a not reliably operating board which may have barely passed the quality check but was operating close to the limits.

This has also been true in America

Actually FP2 wasn’t designed/licensed for usage in the US, so it was a 50/50 game on ones own risk.

So after all the support did not offer you a replacement for the phone and/or the cover?

Not yet. I am told that I need to take my voucher to support, as the shop says that it is expired. (I got it yesterday)

PS - Fairphone markets it as a USA compatible phone, just not for 4G/LTE, as these are European standards.

As for the phone itself, as of yesterday it is going off to its repair/replacement centre.

Please link to the site/ad/…, where FP is marketing it this way.
I really wonder.
If they answer a question like “Will it work …”, the correct answer is not marketing.

There are to my knowledge two reasons support is taking you through the painfull process of troubleshooting.

I give you, that the FP2 was a kind of “experimental” phone, as they took the modularity to the limits. Especially fixing the display by just clipping it on, making it removable without any tools, was obviously a step too far. Therefore the FP3 has the display fixed with 13 screws (they tried less and added one at a time).
That’s why I always post, that us FP2 users were some kind of “beta-testers”, although that was not intended. But it was at least a wise decision to wait for the FP3 before marketing a FP for the mass-market (i.e. without crowdfunding, with press-conference, with much more resellers etc.).

And finally, the “Fair” in Fairphone is primarily grounded in being socially and ecologically fair to the countries where the raw materials are sourced and where the work is done. The modularity is just part of this. It had to be developed by FP themselves, which explaines the hardships and failures with the first models.
This will hardly be any consolation for you and all other users suffering from such failures. On the other hand, there are those phones, that work nearly flawlessly like mine. I have no idea regarding the percentage of flawed devices.
I keep my fingers crossed for you, to have a working phone again soon.

image1914×888 80.5 KB
Here you go. This was the message I saw.
I appreciate what you wrote - and you are seeing the result of many attempts to get this device working properly. Whereas I know that they were attempting to help me to debug, I had already given them a detailed list of the debugging I had already done - informed by the forum. Nonetheless, I had to jump through many more hurdles, and screen prints. All of this took time; time and more time. I have spent now more than a few hours plus 3 weeks elapsed time - after having a device that has been cantankerous since purchase.

Please note: I own arduinos, raspberry PI’s, have built my own PCs and Servers for a good 30 years. I bought the phone directly from Fairphone, unlocked, and it has been anything but reliable. It even switches to airplane mode in the middle of calls. When I try to talk with it against my ear, it switches into roulette mode that ends in a randomly annoying result.

One more thing: after all these communications, screen prints, pictures of the device, etc, the problem noted on the bill of return was “SIM1 not working”. They have the screen shots of SIM1, SIM2 working, but the phone not connecting to the provider. Not to mention that the SD card has never worked. It doesn’t give me confidence in a happy result.

Here you go. This was the message I saw.

Whenever the question is raised on Twitter, this is the standard reply:

@carloshb Thank you for your interest in us! Currently we only deliver products to countries within the European continent, as the phone/warranty are designed to be used in Europe. This doesn't mean we will not expand, but that step is only in concept phase at the moment. Best, Monica

That sound less like the short “yes” of the excerpt from the support article.

But then, is that a screenshot from some Google search? Because if you click the full article at https://support.fairphone.com/hc/en-us/articles/115001535686-Will-the-Fairphone-2-work-outside-of-Europe- the answer “yes” is in response to " Will the Fairphone 2 work outside of Europe?" which IMHO isn’t the same as “Is Fairphone available in the US?”. The latter might imply some kind of marketing. But saying that Fairphone markets their product for the US market just because some “smart” algorithms puts “random” texts together while dropping context is a bit far-fetched in my opinion.

When I try to talk with it against my ear, it switches into roulette mode that ends in a randomly annoying result.

This is an issue with the proximity sensor that can be fixed by recalibrating the sensor in Settings > Maintenance.

But then the next paragraph says " When it comes to the United States , 4G(LTE) won’t work. But all other network interfaces will - like 3G data connection, as fast as the networks go. This means that you will have a well functioning internet connection. Although you won’t be able to access the latest network potential."

My conclusion was not far-fetched. I did do an awful lot of due diligence prior to buying Fairphone, for instance:

However, this is all moot, as my problems have been almost entirely in Europe (Germany, Scotland, Sweden)

Thank you - good to know for when the phone comes back!

My conclusion was not far-fetched.

If your conclusion is that Fairphone is marketing for the USA, I still say that’s wrong.
They know that a lot of interest exists outside Europe (especially from the USA) so they are transparent about what to expect in case someone tries and takes the risk to somehow get a Fairphone in the USA.
When asked directly, e.g. on social media, they say they don’t deliver to the USA. They don’t have partners in the USA. They provide information to Fairphone users who might want to take their phone outside of Europe. I really see not a bit of marketing here.

Edit: forgot to mention that they also don’t have a support hotline in the USA/available during regular US office hours.