I bought an old FP1 from a friend. He already pre-installed some stuff for me, but also deleted the Google Playstore and I cannot get it running again.

I downloaded and installed the APK file and the Playstore shows up in the APP Manager. But when I try to start, it only flashes up and freezes. I installed version 7.3.07.K.

I recognized that I also do not have the Google Play Services installed. I guess I need the Services for the Playstore to run, am I correct? Which is the correct APK version to install (see www.apkmirror.com/apk/google-inc/google-play-services/google-play-services-10-1-33-release/). And do I also need a Download Manager? I think this is also missing. Are there other prerequisites for the Play Store?

Hoping for some input! And besides: I am a total Smartphone n00b, so please be patient.

If your FP1 is on the latest operating system (Kola Nut 1.8.7), you should be able to install Google Apps through the app “Fairphone Updater”. Have you tried that? 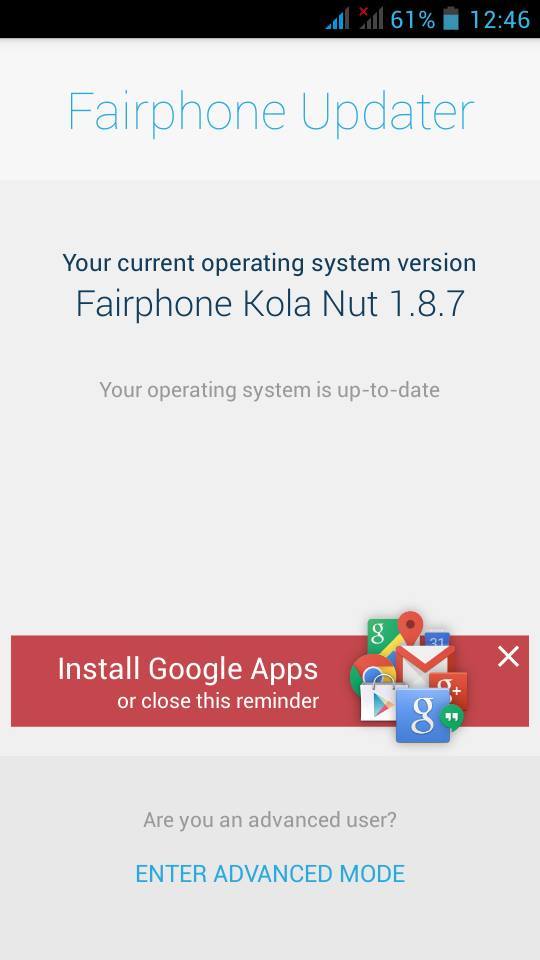 Thanks, that solved the problem.

One more question: is it advisable / possible to restrict what data is sent to Google?

It’s possible using the #xposed framework. This topic, for example, has more info:

Hi folks, I recently restored all my FP apps from backup and played with XPrivacy settings during the process. Now, my WiFi symbol won't turn blue (as it does when your phone is connected to the Google servers). As a result, I don't get push messages via Google Cloud messaging any more. I would appreciate if someone using both XPrivacy and GApps would help me to find out which filters in XPrivacy are affecting GCM. My restore process was as following, on a really factory-reset phone, after u…