In this news article on tweakers.net this is mentioned:

This states everybody with a fairphone can tryout Sailfish theirselves right now. Is this an error? Else I would like to try of course

Have had my FP2 for a week now. My conclusion is that Jolla + SF2 is a really, really good product. All I really need is SF2 + up to date hardware.

It is looking like FP2 is at best a stopgap device for me, but I’m still happy I supported the crew by buying this device - money is the only thing that will keep iteration cycles going. Perhaps FP3 will be the perfect fit.

If i understand well Ikraav, the hardware part sould be updated with better specifications, thats one thing.
On the software part, he is probably talking about SF 2.0, a major update of sailfish that has been released around september 2015 if i am correct

Here’s another try without abbreviations.

No, I don’t have Sailfish on the my Fairphone 2 yet. Looking forward to the first libhybris port release announcement, just like everyone else (no time to play around… them pesky clients demand attention).

But not a day goes by that I don’t miss Jolla + Sailfish 2. Android just plain sucks now that I have experienced Sailfish 2. Sailfish both looks better, feels better, works better, for me.

The Jolla phone was also much better sized. I thought it was slightly too big compared to my trusty Nokia N9 (which was near-ideal sized), but it turns out Jolla was quite OK, because this Fairphone 2 is a massive brick. Just not comfortable to use nor cute to look at.

But I’m willing to live with the brick sized hardware until a more appropriate option comes along. It always does, fortunately.

My point is that, if you want many users to use SailFish OS, it would need some way to install it aside Android, with boot choice. The same way one gets trying linux, and starts using windows less and less over time.
I’m not sure how tricky it would be, given we have source codes for fairphone open source OS ?

I’m not sure how tricky it would be, given we have source codes for fairphone open source OS ?

There is a hack for this, but FP does not have the manpower to support this. They are having a hard time supporting the two released phones already. 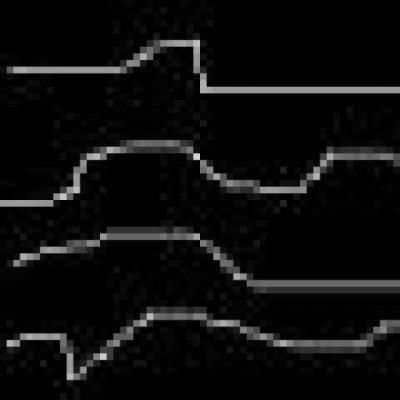 me too. Just having Android without Google. It’s so troubeling to use an OS which is meant for a specific company without using the company’s solutions. I would pay fpr Sailfish OS, too!

My point is that, idf you want many users to use Sailfish OS, give thme at least a beta to install instead of Android…
Please FF and Jolla help us to go away from Google!

Since I am used to fiddle around with a device without all of its functions working on a daily basis, I would gladly be one of the users trying out a pre-released version of SF2 on a FP2.
I just cant find a source/tarball/whatever for this… Thats the only thing that keeps me from ordering my new FP2, I do not want to invest a single euro in another android-product.

The porters have given their work to Fairphone for the creation of an easy install OTA package.

Although many of us would have liked to see a pre-release package for those willing to jump through a few hoops, this appears to be at the request of Fairphone to wait for a proper release.

Awesome news! Do you have a source for that?

Seems that I need to spend some money today

Nice! I just got my phone yesterday and I’m flashing Sailfish as soon as it’s availevable.

Small question: what would be included in the SFOS version of this package ? In particular, I’m thinking about the proprietary stuff:

Awesome news! Do you have a source for that?

My source is speaking directly to the community people who are doing the porting work. Mal- is the main community member in charge of the process in #sailfishos-porters and in his own words:

it’s ready, the fairphone people are trying to make an OTA zip of the fastboot image I made, they were quite satisfied with the image

Small question: what would be included in the SFOS version of this package ? In particular, I’m thinking about the proprietary stuff:

Whilst we have seen a Fairphone running the Android Support, there has been no official announcement on this offering, so I guess its still wait and see.

Had somebody already tried this? It looks like they have posted something. Looks good to me. Keep in mind, it’s a community build, so do not ask Jolla for help. And no, I have not tested it myself.

Update: For those that hate to read

You have to install it on top of an existing Android using fastboot. Only userdata.img and boot.img are provided.

Thanks for the link!

Unfortunately I had to read this:

Hope that will be fixed until Sailfish OS gets released.

Seems it did not brick my device :P. I am in tutorial now.

Edit. It seems that the build runs fairly good, everything I have tested seems to be there (no android support). It is safe to flash IMO if you wanna try it out yourself.