Google's Project Ara to be released in 2017

Google's Project Ara is starting to feel way more real with the announcement that a developer device will be coming later this year. And if that doesn't whet your appetite enough, Google has just...

Found this today. Seems like they have changed their minds on total modularity and made key units part of the frame, like the CPU and GPU and the battery.

Google’s “Project Ara” modular phone is not only delayed until 2017, it also does a number of technological concessions.

Where the original plan was to have every module a separate “block” that could be snapped onto the phone, the new plan is to integrate the motherboard, chipset, antennas, sensors, battery and display, with modules like the speaker and camera still being add-on modules.
Sounds an awful lot like FP2, except that this has a detachable display and battery as well. So Ara is worse than FP2 in that regard. And of course, FP2 has been available for some time.

So you have a non-replaceable battery with Project Ara now? This is bad.

I think the chasis has only a small battery for enabling hot-swapping of another battery module.

But yes, Fairphone got the lead,

Project Ara is getting developed based on phonebloks’s module phone system concept.
Project Ara is open hardware platform.
Google has partnered with Rockchip for getting cheap SoCs for project ara phones.
Google is working with Linaro to provide special edition of Android which will recognize when modules are added or removed on the fly.
There will be two frame sizes available at first: “mini”, a frame about the size of a Nokia 3310 and “medium”, about the size of a LG Nexus 5. In the future, a “large” frame about the size of a Samsung Galaxy Note 3 will be available

I think the chasis has only a small battery for enabling hot-swapping of another battery module.

I have found a source for that: 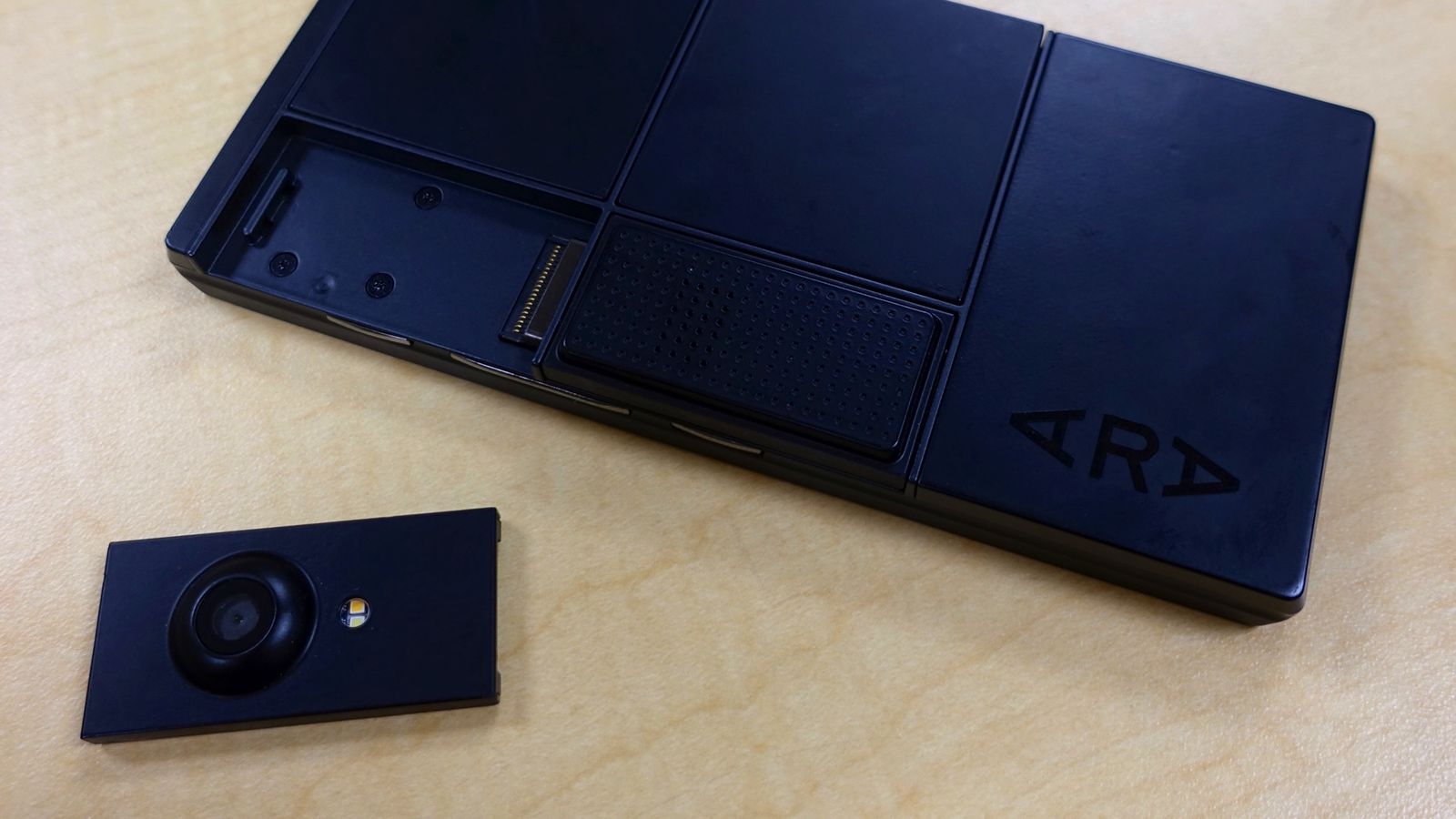 I just sat down with Rafa Camargo and several members of his Project Ara team to learn more about the modular smartphone — because there's a lot going on with this thing. The project, which many...

On xda they tell a slightly different story. Project Ara Alive and Kicking: One Step Closer to You

Google's ambitious Project Ara is still alive and coming along in full force. Read to know more about the current progress of Ara and its future plans!

But it seems they don’t have a sd slot either.