Yes already at that point, can see the screenshots as PNG files in Win explorer.
This Editor Window doesnt’s accept these files via drag’n’drop and copy/paste also doesnt’t wotk?! 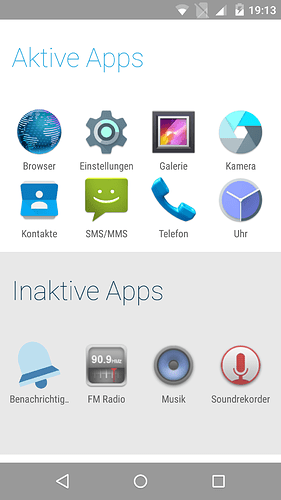 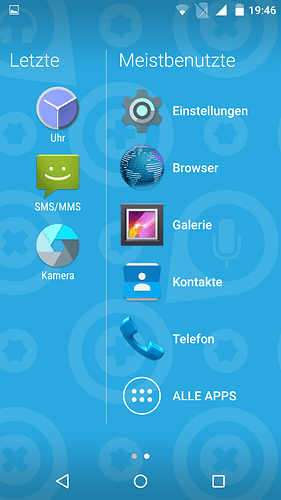 You can see, there are only some few apps

Wow you really don’t have Google Apps.
Where do you live? I’ll pay you 50€ to trade Fairphones!

I suppose I will need all of them.

Well that’s not that far.

Ok, but joking aside: Without the Updater App and without Fairphone OS available as download on the Website yet to re-install it manually I have no idea how to fix your problem. You should contact Support.

Because of the ongoing Corona pandemic, the second Aachen Fairtrade Fair on 19 September 2020 will not be held in Aula Carolina, but in a decentralized shape that still needs to be fleshed out. Fairphone Comm…

I think, we German speakers use the forum to practice our English, eh?

However, I think flashing the system apps again should bring you the Google Playstore. Did you check the thread “Create a pre-rooted system”? I don’t know exactly what file you would need. But kuleszdl would probably know.

I have compiled the entire system and the needed file should be among the ones listed there. I could put it up on my webpage and email a link to you as soon as you know what you need.

If you don’t have any Linux installed, I would recomment to download Linux Mint. The DVD (or stick) you create is a fully operational Linux. With this you should be able to flash the correct image file as kuleszdl described it.

Do you wanna give it a try?

PS: I would guess it is the file system.img you would need to flash.
PPS: Or you try something like this: https://www.androidpit.com/how-to-install-the-play-store

One thing I just realized: You already have “inactive Apps” which means your Phone must have allready been used more than a month ago or at least it thinks so.

Maybe by accident you got a Prototype that was used for testing instead of a new device.
Do you see any traces of usage on the cover?
Do you have the Clock Widget on the lock screen and if so - after tapping it 3 times - how long does it say [you have] your Fairphone for?

What you are seeing here is the factory image. A stripped down version of the operating system that gets installed at the start of the production line. This image is used during the production process to validate the hardware. It is stripped down from many apps (not only the google apps) to allow faster validation.

You should send the phone back for replacement.

With regards to having a google free version: Before Christmas we released the source code, blobs and instructions that allow to build such a google services free version on http://code.fairphone.com/ . The next step is to release a version that can be installed by end users. This does require us to do some additional quality assurance and make sure nobody accidentally installs the GMS free version. On FP1 the pure AOSP release caused quite a few calls to Customer support for people “loosing” their google services. The plan is to keep the Fairphone specific apps in the build e.g. this version will not be a pure AOSP Android release (this exercise is left to the reader).

My name is Michiel, I’m from the Fairphone support team. We are very sorry to hear that you seem to have received a Fairphone 2 with the wrong operating system installed on it. If you get in touch with our team we can make sure to ship you a replacement phone to Germany as soon as possible.

Our apologies for the inconvenience!

2 posts were merged into an existing topic: Living without Google 2.0 - A Google free FP2 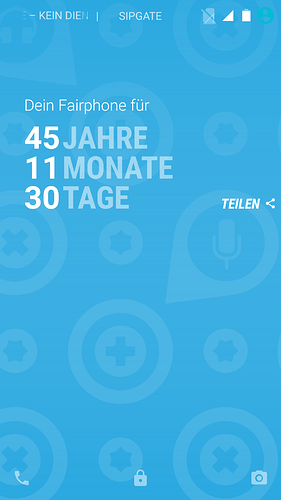 Thanks for your information. Of course I’m a bit sad, that I cannot use
my new FP2 right now, but on the other hand, I’m happy that there is a
solution for this problem nearby.

What do I have to do to continue?

I write this post from the year 2062. In two days, my Fairphone 2 will become 46 years and it still works as on the first day. My Fairphone 2 was since then my loyal companion. It accompanied me even longer than my wife, my children and my grandchildren. It has many stories to tell and saw many places on this world. Now, I keep my Fairphone 2 until my death as I’m 70 years old now and I cannot deal with the new gadgets because they are not designed for the old people like me.

A post was merged into an existing topic: Living without Google 2.0 - A Google free FP2

Thomas Htz from Aachen Germany just uncovered the oldest smartphone in existence. It was revealed to date back to 1970, proving that smartphones are older than cellphones, notebooks, the Personal Computer and even a year older than Fairphone forum user Vincent.

It accompanied me even longer than my wife, my children and my grandchildren.

Your poor children and grandchildren!!! Were they beyond repair (unlike your Fairphone 2)?

A post was merged into an existing topic: Living without Google 2.0 - A Google free FP2