Today I found out, that the ultra-wide camera on the Fairphone 4 doesn’t record videos. It can only be used for photos.

Can someone tell why?

I don’t know the exact technical reason, but it is described in the specs: Our most sustainable phone yet, now with 5G speed, 5-year warranty and electronic waste neutral. Choose the Fairphone for you.

Only the main camera has video functionality, maybe because it’s the one with the OIS.

I also discovered than the Video focus is pretty bad in low condition even if you select a spot.

So I tried to use another app, but it doesn’t take in charge the wide angle camera

Do other phones do this? Just checking, because my Pixel 3 has an ultra wide front camera, which is not available for video recording or video calls.

Best to contact customer support. Maybe it’s intended this way, or maybe it’s on their feature roadmap. They said a few times they are working on ways to improve the camera.

I understand that and yes it’s specified so I don’t think they will help.

Whatever, I am looking for an app doing this now to change my camera app

Only the main camera hast OIS, so I guess that might be the reason for that decision. But probably, if enough customers are complaining, maybe the feature will be added in future developments of the app.
So I vote for contacting the customer support too.

Done for contacting the customer support

Sorry, I don’t understand.
I thought the camera is working and can take videos

Yes it is working and the camera can take videos only on normal mode
But I was used to record with wide angles so I prefer my old phone to record video and take pictures than my new FP4.

The customer support send me a message as I bought it on Orange store, I have to see with them…
I thought it will be more personal answer than automatic one…

Why ? Because the antishake is cropping the video and needs the wide angle

But if it’s cropping the video, then the result ain’t a super wide angle recording anymore

Yes it is. It’s crop but less than the size of normal camera aperture.
I will show you by video in an other moment but check that waiting the video 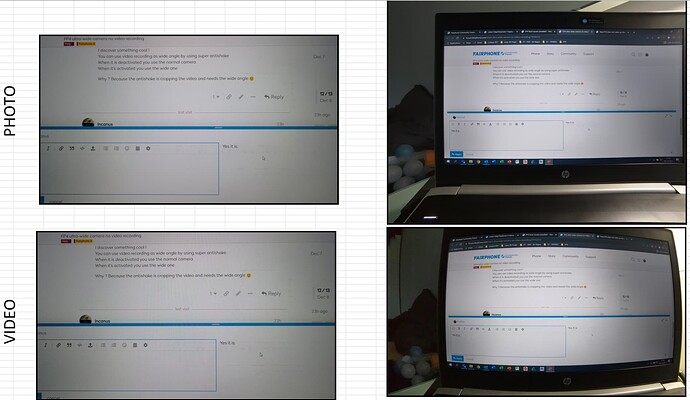 Every camera making anti shake is always croping the image. The wide angle is still there. You can see on pictures photos with different angles and then pictures from video with angles

Every camera making anti shake is always croping the image.

That’s not exactly true. Only, if it has no optical image stabilization, as the main camera has.

That’s strange, as OIS is a feature of the main camera only. Maybe there are different versions of image stabilization and only if you deactivate the optical, you can use the electronic one, which includes the possibility of using the ultra wide lens, which has a very ugly distortion btw. 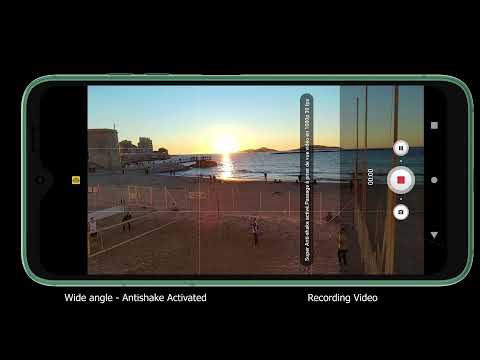