FP4: The specs and your opinions

Why this? Are there specific reasons for this?

This article explains it very well. Its about SSDs, but it also counts for (micro)SD as it counts for flash memory/storage in general. The article explains it very well. Consumer-grade flash has far less write cycles. Compare with commercial-grade; these are already much better. SLC is very expensive, but (a)MLC is affordable.

Also, because of complex firmware, filesystems sometimes get bricked after a power loss (which is solved with a data recovery + a format). But that does not normally happen on a smartphone.

The article is ‘old’ in that it does not mention QLC. Its even worse than TLC.

Still, even the bad TLC/QLC is usable for some purposes. If you only write to it once and then keep it like that, such as a music collection, then you’re good to go. Logs (RPis!) and cloud data, not so much though. I even had a consumer-grade SSD with Docker on Windows going from 100% to 90% in a few months, so gotta watch out with stuff.

Thanks for this. Keeping backups can help to keep frustration low. But purchasing quality items can do too. Hence I mostly buy from premium manufacturers like Kingston or ADATA granting 30 years (lifetime) warranty on many of their commercial semiconductor accessories. This way I could prevent loosing data in the last 25 years. My oldest ->mini<- sd card is 10+ years old from ADATA and still performs flawless. I wouldn’t take many write cycles as general rule for failure. It depends on quality as well. Intenso imho belongs to worthless crap brands, and I do believe premium brand manufacturers not only sell their company logo at high price. Data loss or not, 30 years of warranty is a clear statement.
However up to now I don’t know any brand that sells ssd chipdrives with 30 years of warranty and I know exactly why I still prefer hdds as long term storage.
For commercial grade and industrial grade (sdcit) warranty I had this amusing finding.

Yes what also matters is operating temperate. A good shop or price comparison website shows that as well. They also mention the MTBF. For harddisks the amount of writes they can endure is higher, read/write both seq and rand is slower, and they have moving parts. Also, they’re much cheaper storage per GB, and you can be reasonably sure there’s no artifacts left behind after 6-30 rewrites (who knows WTF the flash firmware does?). With a music collection on a DAP (or on SD on a smartphone), it is assumed nowadays that you got the orig. elsewhere. If you do, there’s nothing to worry. Heck, even if the SD card gets corrupted and requires a format, you’re still good to go. Its just a hassle. So for a smartphone I don’t recommend industrial grade, in general, though there are use cases where it’d fit. For something like a RPi? Hell yeah.

For example, I’m using this lovely SSD (M.2) for ZFS cache/log: Samsung Enterprise SSD 983 DCT U.2 960GB | MZ-QLB960NE | for Business “5-year limited warranty up to 1,366 TBW”, very fast writes, and with power loss it quickly writes away the last data. Hence my RAIDZ2 (equiv to RAID5 with double parity drive) stays consistent, and very fast. Its even relatively cheap (~200 EUR for 1 TB), given the features.

Good point, my namesake. I’d rather go 8/256 for future proof sake, and even with my own math, and excluding the essential variables one would consider when buying a FP (sustainability, fairness), if I compare the FP 4 with, say, the Poco X3 Pro from Xiaomi (same RAM and storage version), you can see:

So… with this, and if you factor the essential variables in (and you should!), I am sold. Currently saving for the FP 4!

It is a compromise. You only use an adapter is you must, everyone who could choose would choose not to have to use one. And it runs against the principle of using the least possible amount of stuff for the sake of environmental sustainability.
Aside the marketing, what are the technical reasons they had to dump the headphone jack?

Assuming a reasonable 40 working months out of the X3, that’d be (if purchased for 220 €, that’s my guess) 5,5 €/month, for around 11 € of the FP 4 (I’m adding shipping and a case). So the initial x3 price difference reduces to x2 in monthly effective use. That is, assuming no malfunctions from the X3 from year 2 onwards (out of warranty period).

Agreed with everything you wrote, except you don’t mention that for the second lifetime of the device (2,5-3 years) you are using a smartphone with mid-range specs from 2021 while with a budget Chinese or other mid-ranger you’d buy a new one with recent specs from whatever’s there in 2,5-3 years (hint: look at current high-end). I agree the specs are less and less relevant nowadays, but we don’t know the trend in 2-3 years.

Some trends we do know. More RAM, more storage, are a given. 5G is going to become more common, too (both in use as well as availability; for details look at your country’s 3.5 GHz licensing and rollout plans of providers). However, I also notice more and more mid-range smartphones getting an OLED and 90 or 120 Hz. As someone who’s used to a 144 Hz monitor, uses a work smartphone with such features, and who recently bought an OLED TV for a family member… yes I do notice the difference. Its very nice for scrolling and gaming, and also for those who prefer dark mode (hi!).

Aside the marketing, what are the technical reasons they had to dump the headphone jack?

Let me start with the following: Fairphone just lost me as a customer. I have waited almost a quarter of a year by now for them to release the FP4. And I was properly excited when I saw it was ready for preorder today. I looked through the product page. - Which seemed entirely fine. Only when I decided to watch some first impressions of the device I saw the complete travesty of a design decision that is the removal of the headphone jack in the Fairphone 4. And that’s where they lost me as a c…

Is the FP3 IP54 certified or is it a new feature of FP4? The Products

The FP4 is IP54 certified, that means a bit protected against splashes and dust, but the FP3 had exactly the same certification, so…

Less user choice.
Lack of backwards compatibility.
Need of more gadgets/adaptors.
More bothersome to users.
More wasteful and damaging to the environment.
This is what I could come up in two minutes.

More wasteful and damaging to the environment

Not necessarily. What may be more waistful at the end?

Agreed with everything you wrote, except you don’t mention that for the second lifetime of the device (2,5-3 years) you are using a smartphone with mid-range specs from 2021 while with a budget Chinese or other mid-ranger you’d buy a new one with recent specs from whatever’s there in 2,5-3 years (hint: look at current high-end). I agree the specs are less and less relevant nowadays, but we don’t know the trend in 2-3 years.

I can concede that, hardware wise, the FP 4 specs won’t be comparable to those of a 2024 mid-ranger, but how about software? I’m currently using a Xiaomi Max 2, 2017 model, bought April 2018, 4/64 model, with a Snapdragon 625 that barely holds, hehe, but… was miserably abandoned in Android 7 (not to speak about the last security patch!). So, I believe this should be more than enough to tip the scales in favor of the FP 4. I, for one, at least, can suffer the 60 hz refresh pain, or not having an OLED panel, knowing that I can rest assured for the next 5 years hardware, and more importantly if you ask me, software wise, with the big plus of being a supporter of ethical business (I believe none of us would be here if it weren’t for this, in the first place).

Excluding the 5 y warranty from the phone is not an issue it’s that it would add a threat of water ingress to the whole phone, presumably.

But an addon module is a nice idea but the same concern with water ingress.

And the jack port and FM radio are related…
I understand the technical reason but this is a real pity: listening to FM radio is very “green”, comparing to audio on demand.

Yeah I get that OLED and 90/120 Hz is subjective. But its also 5 years, a long time in tech land. I’m happy with 5 years for a different reason: resale value. If I am sick of not having OLED with 90 or 120 Hz then I can sell the device in good conscience after X years (where X is less than 5).

The only other company who have consistently given 5 years of support on smartphones, is Apple. These got superb resale value.

Samsung have 3 years IIRC, but they give their mid-range smartphones such as A-series slower updates than the S-series (flagship).

With something like Xiaomi you’re stuck with MIUI or whatever it is called. Not my cup of tea, and these companies are IMO just fronts for China. You end up flashing something like LineageOS but then you’re at the mercy of a third party for who knows how long (not 5 years). Also, ordering from China has become -in theory and practice- more expensive recently.

I’m wondering if there isn’t some kind of USB-C charger with FM? Or 3.5 mm with FM?

The notch can be disabled in software by moving the notification bar below the notch. It’s in the developer settings I believe. I don’t have a notch now, but I know it can be disabled.

That’s interesting. So if a webcam cover would cover the screen a bit, you could just slide the notification bar down.

Yes webcam cover covering the side would work. However, disabling a notch on an OLED creates a nice black background. On an LCD, not so much, and it also costs power to power those parts of screen (the whole time, black, costing the most power). Its an OLED-only feature IMO.

That´s difficult. Then I’ll have to see how I do it. A webcam cover is mandatory for me. Then this point has unfortunately worsened at the FP4. It simply lacks the kill switches (GPS, wifi, Bluetooth, Microphone, cameras) …

EDIT:
Maybe I can stick it on at an angle…

The FP4 is really more powerful that the FP3+ (that I buy in april 2021) in performance, battery, network (5G instead of 4G), storage (256/512GB instead og 64GB). The lack of audio jack is not a problem: you have now a lot of hearphones with USB-C and adapter jack-USB-C for your old hearphones. But of course I will keep my recently purchased FP3+.

Then this point has unfortunately worsened at the FP4.

Worsened? not from the FP3 surely ?

Worsened? not from the FP3 surely ?

The FP3 does not have a display to the right of the camera. Therefore, there is room for a webcam cover. 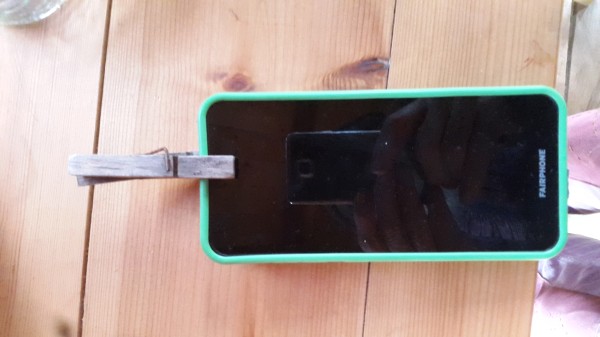 This is a multi device module and can be used to hold my trousers up amongst many other applications.

Mostly wood that I can replace from the nearest hedge and there are even older (more sustainable and fair) versions that don’t even use a metal spring.

Here is the more recent version of the old idea, note how many there are in a packet, very cheep, though I don’t know where they are made, maybe Sweden ~ Oh that’s OK then. 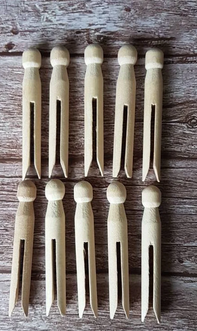 OH! They can be modified to fit different thickness of phones. (6mm to 11mm)