Not entirely true. People would use the metal part to pry open the plastic casing or pry out the battery. This can damage the case or the battery.

It’s not there… Why have they removed it?

No I think it’s the other way around: It wasn’t on the early prototypes, but they added it for the final version.

By that metal part, does it mean that thing on the other end of the little screwdriver, that is visible on the picture of “What’s in the box?”

As the picture in the first post of this thread shows, the final design seems to have replaced it by a plastic extension of the screwdriver.
And that complies with the iFixIt tools for prying open a phone: 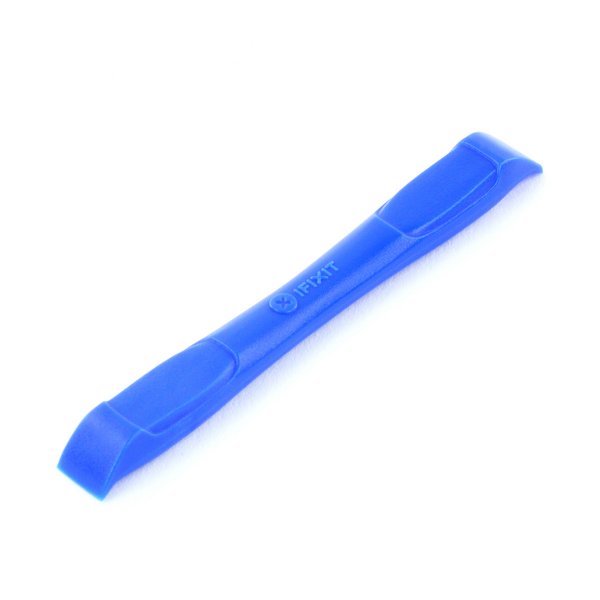 And that seems to comply with the explanation to not break something in the process of opening it up.

Yes that’s the metal part which Stefan and I meant.

I can confirm that in France earphones are mandatory with every new mobile phone. The regulation was introduced in 2003 to help reduce brain exposure to the radiation emitted by mobile phones (there were no smartphones at the time…).

Hence, we have plenty of useless cheap earphones in France, and they can be used to receive the radio. Thinking the opposite way, the FP2 was delivered in such a condition that the radio was unusable… does that look logical ?

Thinking the opposite way, the FP2 was delivered in such a condition that the radio was unusable… does that look logical ?

Yes it does, as they - and obviously rightfully so - suspected (almost) everyone to have headphones at home already.
And if one does not, it’s still better to get one that offers you a sound you like, than having a cheap pair of headphones in the box. You most likely will never use those, because they are cheap and sound that way and you rather buy yourself some better ones.
(And if you really don’t mind, the cheap ones come at 5€ at your next electronics market.)

First impressions after 2 days of intense use… It’s MUCH better than FP2! Even if they are small drawbacks…
Improvements are:

I agree that the FP3 is a big step in the right direction, especially now the battery life is really OK.

Regarding the flashlight, on my FP3 it works when HDR mode is switched off with the original photo app .

Not for me, even with HDR off and flash on…

I hope my Fairphone 3 arrives soon.
Ordered at Mobilcom Debitel on 6 September

I could finally make the flash work fine with the Google camera app, it seems it just remains on auto mode in classic Camera mode even if I want to force it… BTW any idea on how to force it in video recording? There is nothing except the settings wheel appearing on the screen to activate the flash…

Did not find how to do it. Tried quickly to first activate the flashlight and go in video mode but it does not work…

I agree with your experience, for you, and for others some things I changed/added/searched:

Google is even more present, I don’t see how to remove it on the home screen (I hope there will be a Google-Free version coming), the left page is full of Google news/weather and time-consuming-news-based-on-our-centers-of-interest, and even a new Google logo on the keyboard for quick search… But if I sell my privacy, I want to use Ecosia!

-For the homescreen I used a new launcher. The googlesearchbar isnt removable with the normal launcher. (I used “lawnchair”)
-The Newssite is easy to deactivate… long press and use the launchersettings.
-googlelogo on the keyboard is because there is only the google-keyboard “Gboard”. Im still looking for an other keyboard to use, till now I didnt find anything good. Perhaps someone other has an idea?

minimum brightness of the screen is too bright in my opinion (when I use the phone in the dark before going to sleep) compared to FP2, even if new “shades of grey” mode helps

-I looked for an app to dim the light more. Im not finished with this, but “dimmer”, also availabel on F-Droid, did a good job till now (It can’t.

-For me, the navigation bar uses too much place and I was looking for a way to hide it. I found some stuff and thought, lets write a post in the forum:

With Android 9 on the Fairphone, it isn’t possible to hide the navigation bar just in the settings. what you could do, is download an app like “fluid navigation gesture”, “navigation gesture” or similar. In the most of this apps you find a step-for-step instruction. If not, enable usb debugging (tap multiple times on the buildnummer in the software information and you’ll find the developer options where you can do this) Download adb on your computer: https://developer.android.com/studio/releas…

Yeah… till now I really like the fp3, it used some work to be ready and I got to find a Keyboard that matches with me still, but it works, is doing what it should and this not only just, but good

Just a picture and few answers to already-answered questions.
There is 13 screws on the screen, the earplugs are not the one in above pictures, and I don’t have the logo with screw warning graphic 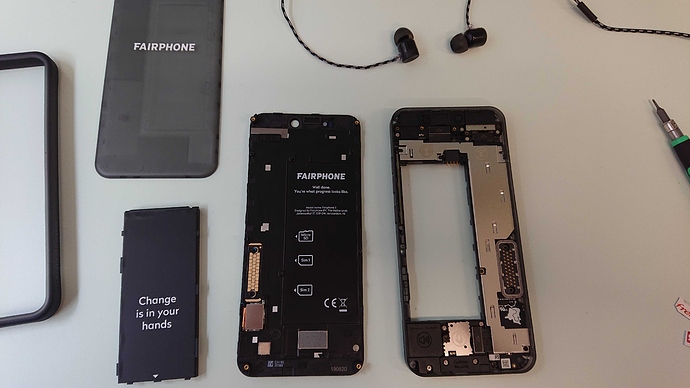 Im still looking for an other keyboard to use, till now I didnt find anything good. Perhaps someone other has an idea?

SwiftKey is one of the few keyboards which supports 3 dictionaries active at the same time which is very useful if you speak 3 languages well (or are learning a third one). It is proprietary though, calls home, and was bought by Microsoft.

If you regularly use a UNIX CLI I can recommend Hacker Keyboard. It is FOSS.

I switch between these regularly (on FP2; don’t have FP3 yet). The AOSP keyboard might also be suffice (and should be FOSS), but it might not be included.

Regarding keyboards, my recommendation is maybe a bit radical but I have never regretted the switch: MessagEase.
The keyboard has ten “number block” keys each of which can either be pressed or swiped to produce all latin characters. A long press generates the actual numbers you’d expect in that position on a real number block. Swiping back-and-forth toggles capitalisation for the character.

Especially when on the move, no need any more to hit one of dozens of characters; the field of ten is much more easily hittable.

****** The issue is fixed with our latest release v.12.16 ***** MessagEase is a VERY different keyboard, unlike any keyboard you’ve seen or experienced before. It's NOT a QWERTY keyboard! So If you are looking for yet another QWERTY keyboard with bells and whistles, MessagEase is not what you are looking for! But if you are open to new ideas and up for experiencing a completely new way of writing -- with a keyboard designed for ease, speed and accuracy -- you will be pleasantly, even shockingl...