Sorry, I had no time to really test it out yet. I was just happy that the app is running and stunned by the nightmode.

General rule for photographing: if you make photographs, make multiple, and save the best one. Especially now that there is barely a limit to storage. Do not forget to compare and remove the bad ones though or you will have information overflow.

You are photographing from the dark into the light. As a general rule of thumb: you should not do this. Try from a different angle, and/or with enough light in the room.

Yes, picture with active child is more difficult. I know this first-hand with my toddler and a FP2. I’m even lucky my child is relatively late physical active.

How can we solve that? I don’t know. The shutter speed should be adequate, right? I recommend to make videos instead. How do other smartphones solve this? Are the multiple cameras helping there?

FWIW, I’m an amateur photographer myself (in a family of photography enthusiasts, before the smartphone rage) and just trying to help

for me, the breastfeeding picture is too dark, for the very reason you mentioned. Unless you want it to be dark (for example because that is your narrative), I would prefer more light, and therefore a different angle.

The last picture is perfectly fine with me. If you’d want more sharpness (especially background) then I suppose one of these smartphones with multiple cameras would be suffice. Perhaps FP3 will gain such module eventually, or else FP4.

With which app did you make each of these pictures? Would you mind clarifying that in each post? 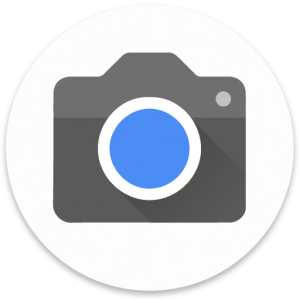 Google Camera Port If you like the camera experience buy an Pixel phone, support Google! (Why not? You won't need any of those ports and you won't experi…

I did a comparison, see for yourself (had a good stand and it took me 2 tries for my Fairphone 3 to focus correctly, but the result is amazing 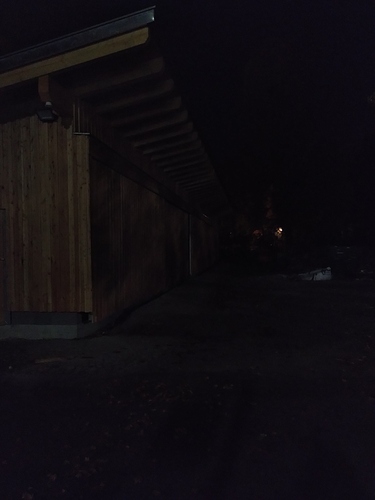 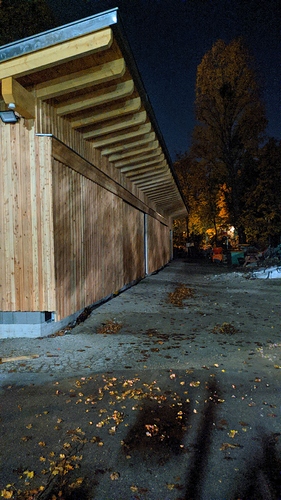 Really impressive results, almost magical. It seems it worth it to try this port…

It’s incredible how much of a difference the software can make, just by using a different camera app. I made some pictures for comparison, each “group” has a picture made with the stock camera (left), one with the Google camera in default mode (middle) and one in Night Sight mode (right). Stunning results: 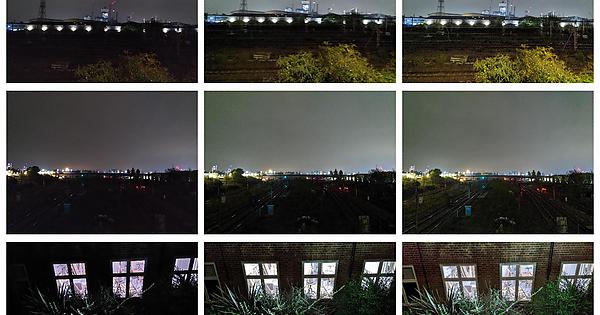 Hi-res images can be found here. The above is just a screenshot of that page, which explains the weird scaling artifacts. Sorry for the external link, the screenshot and even more the original pictures are way too big for the forum.

Okay, I’ve tried the above camera port as well - and while Google’s night mode is impressive, there’s a few things I like better about the FP3’s stock cam:

So, I guess I’ll make the FP3 app my standard app but might use the Pixel port for some night shoots and Google Lense.

I downloaded the port Sonswer recommended - thanks for this! I was afraid the camera of the Fairphone 3 would be a major downgrade coming from my old Lumia 950 which did pretty decent pictures, but all in all I think the FP3 camera is at least in the same league. And Night Sight mode can be pretty amazing, I think.
Below is a comparison I just took in difficult lowlight conditions on a foggy night. Both were taken while holding the phone in my hand freely. 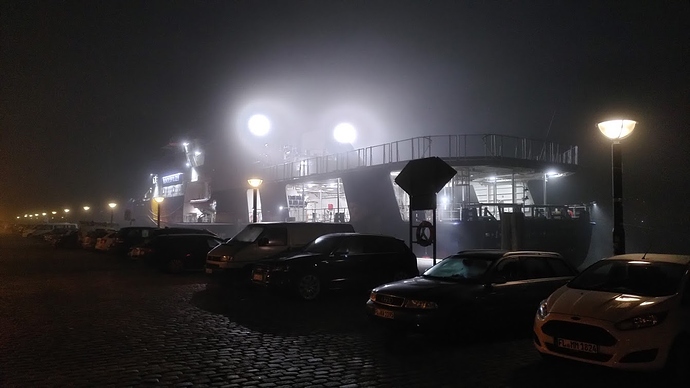 And now the poco f1 port in Night Sight mode: 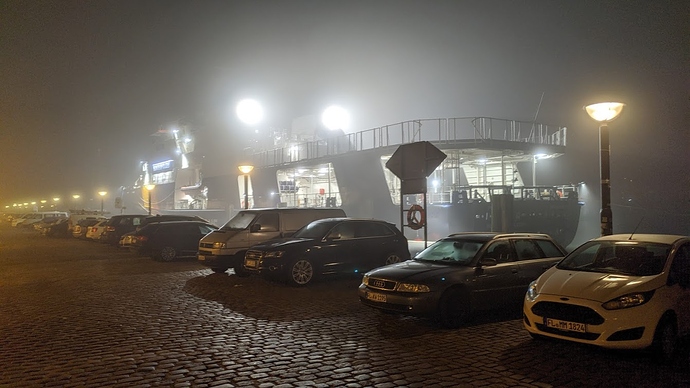 During daytime, the quality looks about the same to me. A good thing is also that you can set the focus on a certain object / area by tapping at it, what you can’t do with the standard app. It just takes a photo when you try to tap somewhere. (I just noticed you can, it is an option somewhere that has to be enabled. But it does not seem to work like I’m used to from smartphone cameras).

In the app here, it is not possible to set where the photos are stored. Fortunately, the Fairphone 3 has plenty of internal memory. Or maybe I should play arond with Open Camera for longer and compare the image quality.

Just tried an indoor shot: Looks about the same at first sight, but with the camera app here there is more contrast in the background / fine details, without playing around with any setting. Resolution is 3840x2160, the same what I’ve set in the standard app.

On my FP3 both Gcam mods linked in this thread don’t allow setting the focus point by touch in normal camera mode.
They mainly focus automatically on objects in the middle of the frame - if they are big enough - otherwise both GCam releases insist on focussing the background. Correcting the focus point by tapping on the desired area doesn’t work. I can easily reproduce this anytime when trying close-ups - NOT undercutting the minimal focussing distance (min. 10 cm)

The stock camera app doesn’t show this behaviour at all and focusses reliably to the touched area.

Nobody else has noticed described touch focus problems with gcam? Despite its strong points it is very annoying and effectively useless.
Or am I missing something?

Nobody else has noticed described touch focus problems with gcam?

I don’t use the camera much, but I think I can confirm this.
The Google Camera Port refocusses when I tap on some object, but the photos come out the same, and it really doesn’t seem to refocus on nearer objects.
The stock Camera App seems to really refocus on objects I tap on, near or far (but it instantly takes the picture after my tapping, which is annoying … Edit: Oh, ok, it doesn’t do that in Pro mode.).

Same problem, Google Camera won’t focus on tap. It does as if, but the result is always blurry.
My workaround is to hit “list of last apps”, and choose GCam again. This way the initial autofocus produces a sharp result. But it is annoying to do everytime

which mod do you use ?

I was using the F1Modv10.3 or whatever it was called, I see it’s now been updated and given a name change to F1MinimalMod2.1.
The modder is Sanity on here

I quite like results with the older version, have just discovered the new version so don’t know how it is