FP3: how to charge battery without phone

Hi,
I would charge my second battery, without using the phone.
I mean is there a charger where I can put second battery inside and charge it?
Or do I have to use always the phone?

In principle external chargers are possible and I still have one from my Fairphone 1 times (see https://www.amazon.de/gp/product/B005REEWYY/).
But as replaceable batteries are increasingly rare it’s also harder to find external chargers. The one from above is marked as “not sure if it’ll ever be in stock again”.

As an example, this universal smartphone battery charger here works for the Fairphone 3 battery: It works because the 2 contact parts are thin enough and stand out enough. So, even if this particular charger might not be available somewhen somewhere, if anybody is in need, just look for universal chargers with similarly shaped contacts.

There is no external charger which explicitly supports the Fairphone battery’s form factor and specs. So I guess you should use your phone for charging - unless Fairphone decides they should offer such a charger because there is significant demand (which, frankly, is not going happen).

And just curious: Do you really have a need for a second battery? On my FP3, the battery easily lasts two days. And thanks to QuickCharge loading is really, well, quick?

Just to be sure: did you see all of AnotherElk’s post?
(By clicking on the V-arrow, or on the blue title to go to the thread in which it originally appeared.)

I don’t know what info is missing from my post, but since the charger I got back then isn’t available anymore from where I got it I did a quick search … there are some available here currently …

i just bought this 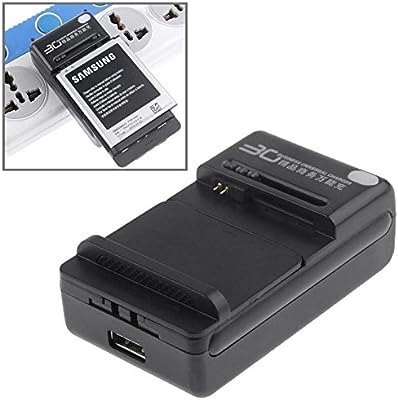 I hope the battery can fit in it

Apropos, perhaps, of nothing much, for some while now I’ve been speculating that an “external battery recharger” would be a sensible use/product made from an old Fairphone case and some creative engineering. This is NOT necessarily a “user project”, but something some professionals could define/revise (possibly Fairphone itself?). Take an old Fairphone case, remove all the electronics, seal off all but the USB port hole, install USB electronics for charging plus appropriate infrastructure to hold the battery in-place, and more-or-less done: A Fairphone-sized “external battery recharger”.

To make this more interesting, realise there would be loads of extra space inside the unit. Can that be used? Yes, it can. Some examples: Storage for the screwdriver (not completely certain it would fit?) & similar, for microSD cards, and so on. And if some of those SDcards could be accessed (via the USB (obviously when not charging)), that could be very very interesting. (Via the USB-C I have connected my Fairphone3 to an external microSC (obviously with a convertor), which worked (as I expected (it’s all Linux!))).

I suppose, in a pinch, if the Fairphone models are “compatible”, one could swap cases (and/or cover glass?) should the phone’s break. For that to work, the plugs would have to be removable and the physical structure of the case unaltered (and possibly other details (this needs an expert)).

When my battery was coming to the end of its life I decided to keep it as a spare. I keep it charged and in my purse. It’s much smaller to carry than a battery pack or charger. I find it holds a full charge well and I just switch the batteries over if my new one dies during the day. I do still have to recharge it in the phone though.

I still do not find the right product.
I’ve bought two:
1 does not work at all
the second is quite the same (paid about 1/4 but this is another History)
but it does not charge battery.
Could it be a problems of pin?
I mean:
I think that the two PIN does not reach the contact.
Can someone suggest me a charger that FOR SURE has not this problem?

Can someone suggest me a charger that FOR SURE has not this problem?

Fairphone could manufacture a battery charger for their phones, but few people need them. Those who need more charge just get a battery bank.

sorry, but one things that made me opt for FP is that I do not need a battery banck, because I can swap my battery any time.
I understand that just few people need a charger (I’m one of this)

still wondering: what exactly is your need? Do you regularly spend longer periods of time without access to a power outlet?

No, what I want is to use my own two battery and let them to last the more possible. To do so, I discharge the battery, before to insert the second one. So I would need a charger that is not the phone

As far as I know, it is not necessary at all to completely discharge a modern battery. Especially not if you want to preserve it or use it as long as possible.

Lithium-ions really hate a deep depth of discharge. According to Battery University, a staggeringly exhaustive resource on the topic, a li-ion that goes through 100 percent DoD (the user runs it down all the way to zero before recharging) can degrade to 70 percent of its original capacity in 300-500 cycles. With a DoD of 25 percent, where the user plugs it in as soon as it gets to 75 percent remain, that same battery could be charged up to 2,500 times before it starts to seriously degrade.

How to Keep Your Phone’s Battery Healthy (popularmechanics.com)

Yep. I’m not an expert so I will quote someone who is:

No, it is not OK to have a Li-Ion deeply discharged at all.

Here is why: When discharged below its safe low voltage (exact number different between manufacturers) some of the copper in the anode copper current collector (a part of the battery) can dissolve into the electrolyte. The copper ions (atoms?) then in turn can stick on to the anode during charging by chemical reduction and cause dendrites. The dendrites might cause a short circuit inside the battery. So basically discharging too much is as bad as charging too much. But the dendrites caused by overcharging is formed out of lithium.

Normally the battery pack should have some sort of supervisory circuit that disconnects the cells from the charger or load when the cells are above or below the recommended voltages.

A deeply discharged battery might have a higher self-discharge due to the above mentioned damage.

From what I can see in the data sheet provided by a large manufacturer (under NDA) the best relative (%) capacity retained is at somewhere around 50% charge and at low storage temperature.

Once I get home from work I get roughly 50% battery left anyway, so from what I’ve learned I would aim at that.