FP2 Cost breakdown is not displayed in many browsers 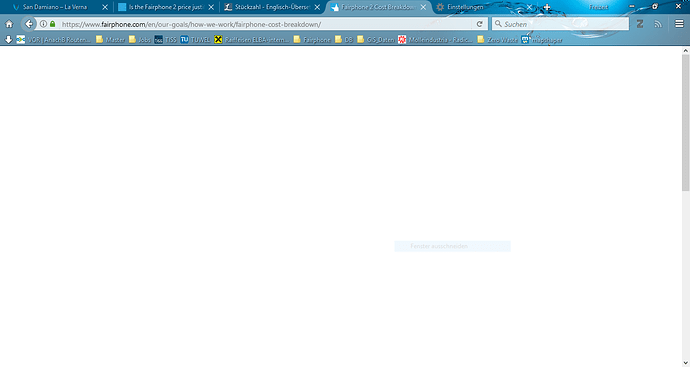 Confirmed with Firefox 54.0.1.
Page sourcecode is there, though, so either Fairphone or Mozilla broke something.

Doesn’t work for Chromium either.

Thank you for confirming it!

I reported it with Fairphone.

You’re certainly not alone. In Icecat Mobile 45.7.0 the page is just as blank, so it isn’t even limited to desktop browsers.