FP2 as WLAN repeater? (WLAN Hotspot together with WLAN)

How can I have both WLAN Hotspot AND WLAN enabled at the same time to establish a WiFi repeater? Currently, enabling WLAN disables WLAN hotspot tethering and vice versa.

Is it actually possible to use 1 WLAN modem both ways at the same time?
I thought for one modem it is always either or.

IMO, I think that is technically impossible… but I’m not a telecom expert.

If it is possible, I’m sure you will need root access to accomplish that because the default Android system behaviour is just the one you describe: or WLAN or tethering at the same time, no both.

Can’t be done on the phone. Your WiFi radio can either act as a connector to a WiFi hotspot, or as a hotspot itself, not both simultaneously.

OK, thanks a lot for the quick responses

There is a usb extension port on the phone … but as far as I know it would need some serious work before something like this could work.

I got an older Fritzbox at Ebay for 5€ and made it a repeater. And you want a 500€ device for that?

I got an older Fritzbox at Ebay for 5€ and made it a repeater.

Which is not battery-powered, but needs a wall socket. 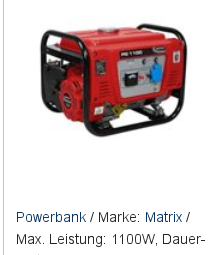 Shouldn’t be a problem …

“A power generator is an important thing that you should take always in your pocket. It can power your Fritzbox from your other pocket, or can charge up your FP2 battery if it is empty.”

Joking aside maybe a small single board computer with two cards and some unix on it like the raspberry pi and other like it could work.

To do simultaneous Wi-Fi Access Point + ad-hoc, only the venerable Atheros 9k Wi-Fi chipsets are easily able to do this. This is why for the open-source Serval Project we have created the Serval Mesh Extender concept (you can build it yourself from cheap off-the-shelf gear). It also means that something other than your phone goes flat faster. Poke me or google for “Serval Project” and “Serval Mesh Extender” for more details if interested.

… also see Commotion Wireless and Village Telco for two other related projects working in this space.