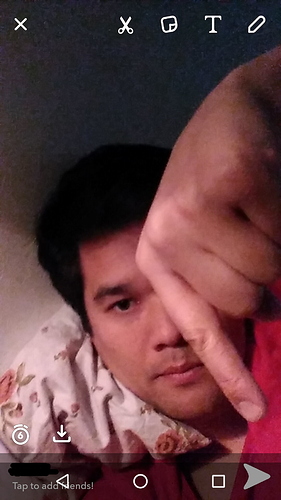 Not being able to send anything defeats the whole purpose of the app ;). Luckily, I can still send text messages so can at least tell my friends I’m not available.

There’s also a number other issues in Snapchat, all related to the navigation bar - attaching pictures to messages is impossible, for example. I don’t know if it’s the FP2 OS or Snapchat that is the cause of this bug, since other apps (that I use at least) don’t seem to have this issue, but I figured I’d report the bug here first since I doubt Snapchat will bother to look into this (their Android support is abysmal).

EDIT: I’m trying to tag this as “bug report” but the forum doesn’t let me for some reason.

I have also noticed that some buttons of the Snapchat app were behind the navigation bar, but I thought this was a Snapchat error. So I didn’t open a thread.

EDIT: I’m trying to tag this as “bug report” but the forum doesn’t let me for some reason.

The categorization as a bug report was blocked for most users (except regular users, leaders and moderators) because of:

A good chance to get this thread moved into “Bug reports” is to create a poll if other users can reproduce the bug.

Can you reproduce the problem?

My personal eligibilty limit is 10 votes and 50 % can reproduce this problem (there is no official eligibility limit).

Please note that there is no “how-to” with Android 6.0 bugs yet as there is a bug tracking system introduced now. So the mentioned bugs are not moved into “Bug Reports” until further notice.

I have the same problem with Snapchat. I also notice it sometimes (not always) in Hill Climb Racing 2.

Thank you for enlightening me, tofra!

I’ll abstain from voting, since the answers specifically include “I have this issue, too”

I have this problem too

Hi. We are investigating this issue.

Any luck finding a fix to this? It’s really annoying.

This will be fixed in the upcoming update.

It does fix this issue

OK. It’s fixed on my phone.