no worries! How is the Fairphone 2? Sounds like an improvement on Fairphone 1?

I’ve had my FP2 for 17 months now and I really like it. Because of the way
it’s made and everything that goes with the idea of buying a more
environment and people friendly phone… I use it merely as a phone, also
for net research, taking pictures and about 10 to 15 basic apps. I hadn’t
tried FP1 so I can’t compare…

I find the battery lasts about 30 hours, I had trouble getting a network
for a while but my son fixed it fiddling inside (which is actually not
advised I was told)

The back cover is now partly broken so I’ve just ordered a new one that
seems designed to last a bit longer. What else ? Get one and find out…

Hi!
Thanks for the review - very useful. It does sound like an improvement on the FP1 (I hear the camera’s better, which was my main problem with FP1). Have ordered a refurbished one today - look forward to playing with it!
Thanks again
Ian

Hello Ian, did you get a refurbished phone? If so what do you think of it?

I have had one since the autumn and am extremely disappointed, mainly because the battery lasts about 3 hours but also for several other reasons:

After more than six weeks of contacting the support people at Fairphone at last someone has agreed that my battery is faulty and has condescended to send me a new one. Of course I have to wait yet another 7 days… I cannot believe it will last 30 hours as someone said earlier.

Anyway, I would be interested to hear if you feel positive about the phone.

I did. I had to get them to send me a second one after problems with the first one (can’t remember what the problem was now). In general, the phone is an improvement on the FP1, e.g. the camera is better. I have two outstanding problems with it, which I liaised with Phone Coop on but then they went quiet (need to chase them). The problems are gesture typing doesn’t work even though I have turned that setting on. And more annoyingly, the screen stays active during a call so the phone can do things while I make a call. Haven’t had any problems with the battery (usually lasts a day or more depending on usage). So generally happy but still some teething problems

I’ve split the posts above off from the original topic, as the topic being discussed has changed significantly.

the screen stays active during a call so the phone can do things while I make a call.

gesture typing doesn’t work even though I have turned that setting on.

For some reason the options do show this, but the AOSP keyboard (the basic Android Keyboard) that is installed doesn’t actually support it. Google (who develop Android) moved all the fancy stuff required for gesture typing to their branded keyboard app (GBoard). Installing and switching to that as default input method should make it work. Other keyboards that may provide a working gesture typing solution are also available via various app stores.

Hello Ian,
Nice of you to reply to me, thank you. I’m glad your battery is functioning better than mine but it is worrying that of two refurbished phones both have problems – is this the case for new Fairphones I wonder. You are in a better position than me if you can chase the Phone Coop about problems as the support offered at Fairphone HQ is seriously inadequate and casual. I will investigate what gesture typing is now as I have never heard of it before!

Another problem with the FP2 on my phone is that the socket for the headphone is very loose and audibility is intermittent or whatever I’m listening to stops all together if I’ve got it on when walking. I am glad I still have my old FP1 as I need it for anything that involves battery use like listening to downloads and taking photos, as the FP2 battery runs down so fast, but carrying the two together are rather heavy. With luck I might get a new battery within the next couple of weeks. I can’t believe that it will last as 30 hours as it does for someone on the Forum.

Best wishes and thanks for writing, hope Phone Coop helps you sort out your outstanding problems, Susannah

Hi Johannes
Thanks for the tips. I tried calibrating the sensor ages ago when I was informed us of these steps when I first raised this problem and it didn’t make a difference. Just tried it again and it’s still doing the same thing.
I’ve downloaded GBoard but haven’t started using it yet - not a massive fan of Google so might try and find another keyboard.
Thanks again,
Ian

For the proximity sensor issue, some people have had better results with a slightly different approach to calibrating the sensor, as explained here. Might be worth a shot.
Less likely to be the case, there have also been some cases where the foil that protects the screen during production and shipping hadn’t been completely removed.

I have both FP1 and FP2 and the new one is simply better in every aspect, except battery life. For me the battery in the FP2 lasts 1.5 days on average whereas the FP1 lasted 1.75 days (rough estimates). But it’s an almost insignificant difference

The biggest improvement for me comparing the two 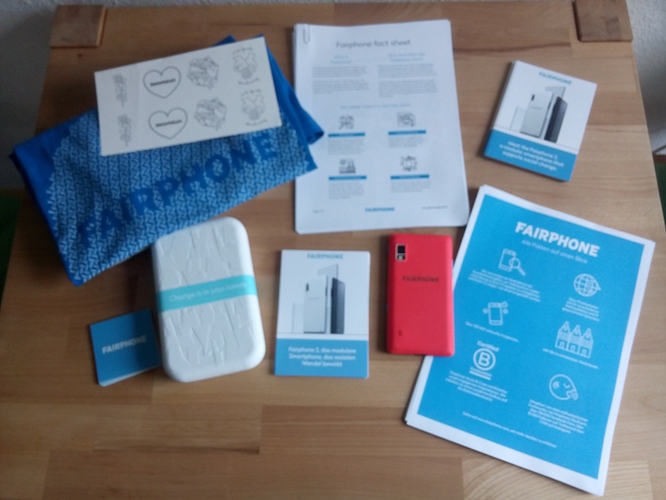 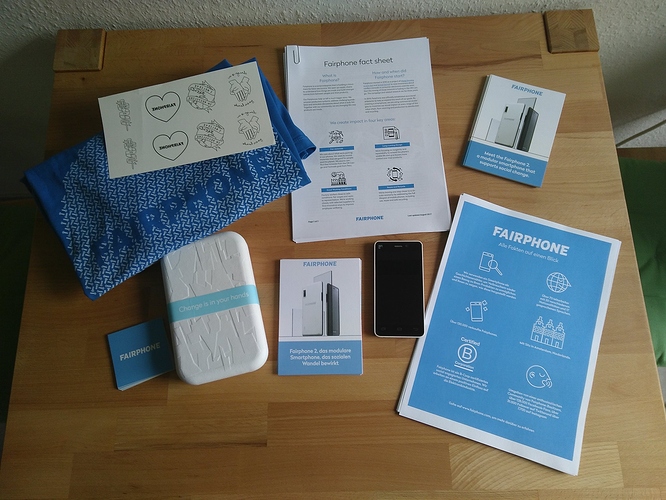 In my opinion the FP1 and the FP2 are hardly compareable, as there are so much vital differences.
Here’s my list of Pros
FP1

Conclusion
I love them both.
And of course the FP2 is a major step forward from the FP1, as it features more possible OSs, receives still regular security updates, as @Johannes already mentioned and is much more versatile due to this.

Huh, the FP2 replaces the red cover with a FP1 when it takes a photo!?

Well the FP2 in the picture at least has the new camera & new cover. You can add to the pros of the FP2: the phone can be improved by swapping a module! (edit, I’m sorry, you already mentioned ‘upgradeable’)

@Stefan Your FP1 doesn’t support teleporting itself either, right?

I wish I had had a FP2 when I lost my FP1. I could have gotten it back using the FP2’s teleportation module.

That seems to have done the trick, thanks loads.