FP1 for sale, plus parts for a second FP1

FP1 in good condition.
Except for 2 things: GPS is not functioning and the camera is broken.
I also have parts (almost the entire phone, including the battery) to build a second FP1 (same issues with camera and GPS and crack in screen).
For 100,- euro (plus shipping costs) you can have both phones.
I’m also willing to sell only one phone or the separate parts of the second phone.
Let me know.

On this picture you can see the separate parts of the second phone: 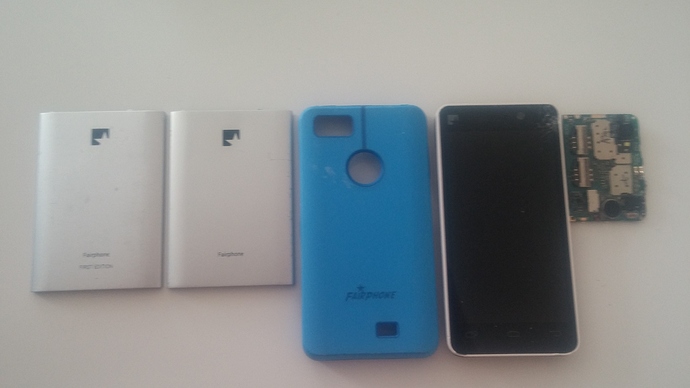 This topic was automatically closed after 60 minutes. New replies are no longer allowed.