My FP1 has a water damage, I want to sell it as hardware- spare parts thingy but without giving data away. Please tell me where can i find the flash-Memory / internal Flash, how does it look like, how can I remove it before selling it?
Would anyone have a picture for me on that?

GREAT, Thanks so much, Sonja

You can’t. We are not talking about the SD card, right? It’s big drawback but the internal flash is not removable/replaceable. It think Google enforces this due to drm/security reasons. I’m not aware of a phone that offers replaceable flash.

But you could try to connect to the device using usb and try to wipe the device from there. Wiping flash/emmc is very difficult. It also depends on how much of your phone still works.

The part with the orange box around it is the flash. Source: ifixit

If you’re really really concerned about your privacy … don’t sell the phone at all or smash the internal flash.

Else I would try to reboot into the recovery (or the test mode) and delete the phone from there. It’s not 100% save but good enough for most cases. It depends on the level of safety you need. For most people this is enough.

[A workaround (read: next phone) for non-replaceable flash is the use of encryption. It’s much easier to resell such a phone after wiping it … you don’t have to worry too much about parts of your encrypted data.] 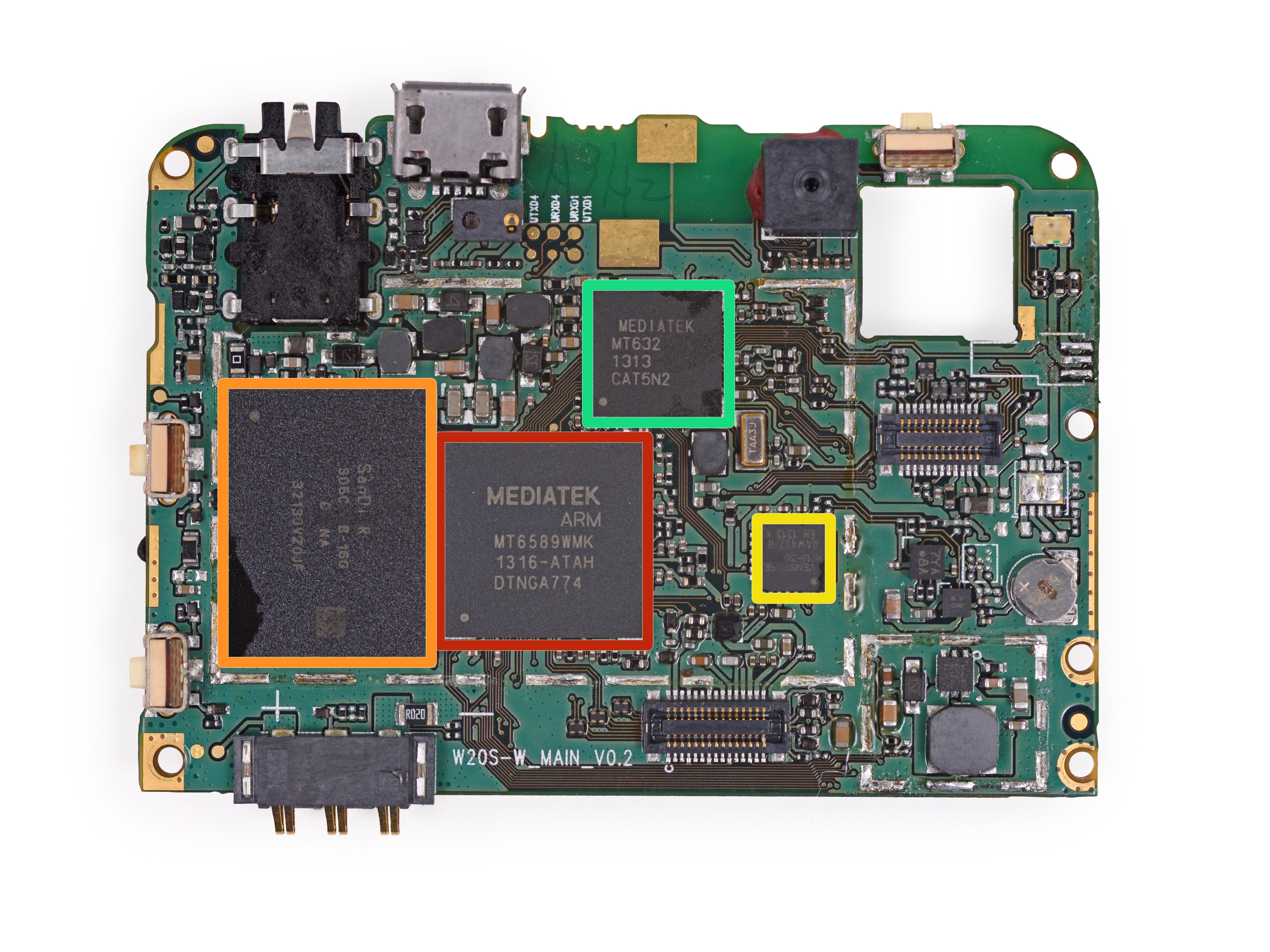 It’s the part with the orange frame in the picture above.

Thanks a lot, that helped, off goes the motherboard then before selling. Great you cared, thanks. Cheers, S.