I don’t think making cheaper modules will render the phone that significantly cheaper. The steep price of the phone is mainly due to the resources invested into designing the phone with such level of modularity and repairability as well as the ethical way it was made…

That is true.
But many people said that the FP2 was too expensive and they’d prefer to buy a cheaper version of the fairphone even if it had a worse price-performance ratio.

A big back cover with extended (multiple parts / sliders / ???) solar panels. I mean, being able to fully trust the solar pannel to recharge the phone and use it as GPS, camera and so on.

I think cheaper modules oppose longevity and sustainability in some way

Not necessarily. E.g. if you get a cheaper camera module, because you don’t need the phone to take good pictures anyway - and that won’t change in the next years - then that won’t decrease the lifespan of the phone.

7 posts were split to a new topic: (Intentionally) blocking the Phone’s signal

What about a 8th module, a thick soft one-piece additional plastic over-cover. To protect the phone when it falls, with edges topping/protruding from the screen to spare scratchs. Something a bit like the yellow part here : http://www.electricien-quimper.fr/wp-content/uploads/2013/01/testeur.jpeg

It would be equipped with solar cells at the back (something robust, no expendable panels), and would be pluggable in the standard battery reload port of the FP2 (for instance)(with a USB port pointing from inside the over-cover towards the FP2).

It would enhance battery lasting period simply with the habit of laying the phone back-on-top on tables. We’ll need a flashing activity led here, but some softwares simply use regular flash-light for this. We could wear the phone on an arm-band, cells on top, like joggers.

Transparent solar panels are very attractive, but what I suggest here is possible right now.

Solar charging would be more efficient in some countries than in others, but it would provide a hope that the phone won’t shutdown when critically needed… Or that you would be able to starting it again despite everything else, simply waiting near a strong light source. (Remember “Castaway on the moon” movie ?)

Ok we can reload phones regularly at work, at home, in some trains… But if I don’t have to plug it in, because solar pannels are working, I would enjoy the enhancement. I always forgot to plug my phone, and take some time to find my cable back…

I have a solar Casio watch, it just works, it’s a pleasure. Phones require more power, but lets start with something.

To protect the phone when it falls, with edges topping/protruding from the screen to spare scratchs.

The Fairphone 2 default cover already portrudes over the screen for this purpose. 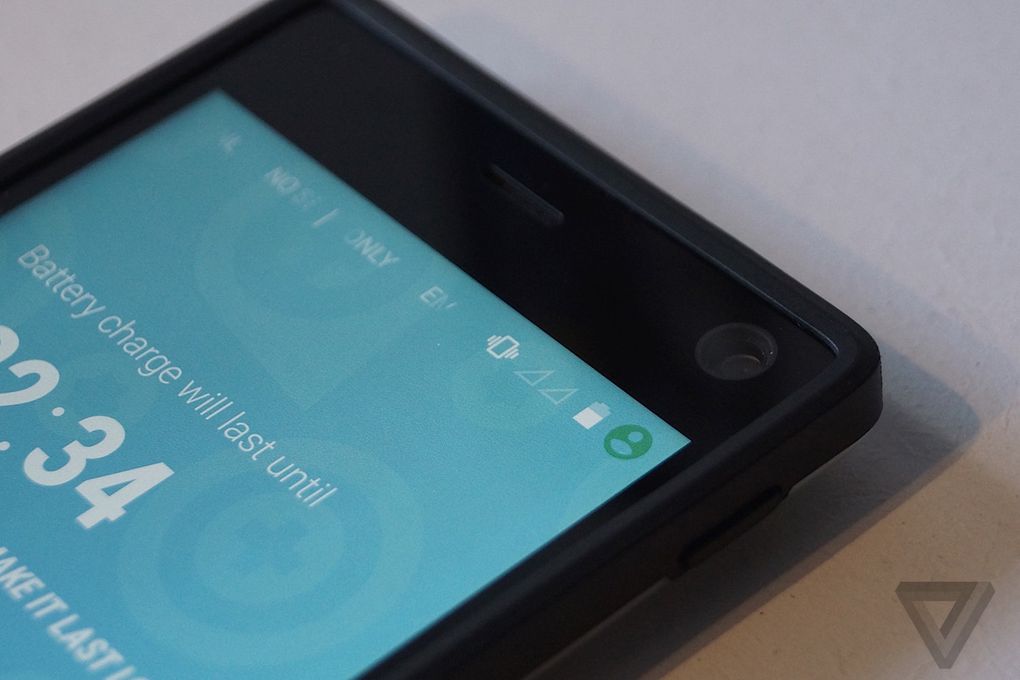 Another idea would be to save some space inside, with at least a micro USB connectivity, to allow random devices to be plugged in, inside.

It would encourage the development of such new inboard devices, and would allow users with specific needs to get running. We could add a module with : barometer and/or temperature sensor, sonar, radiation sensor, specific additional light (like so called “black-light” / UV light), parking access radio emitter, redundant microSD slot for raid purpose… just what you need and would fit in.

Space on a phone is quietly critical, and you can’t afford to leave “place”.
For modules exstention you have the 4 pin standart USBport on the backside

I added those to the list. Thanks for the suggestions.

I don’t think I understand this one. My English is not perfect but doesn’t redundant mean “not necessary”? Why would someone need such a thing?

Another idea would be to save some space inside […]

@Elipsus is probably right that there is a good reason why phones usually don’t have space inside, but I think if you consider exchangeable internal modules when designing a new phone it could work. So I redesigned the wishlist a bit and added it under “wishes for future fairphones”.

equipped with solar cells at the back […] you would be able to starting it again despite everything else, simply waiting near a strong light source

I like that and it made me think. How about an “emergency circuit” that made it possible to start the phone with just the calling function even if all else fails (e.g. battery is [nearly] empty, you FP has a solar charger but there is not much light because you’re inside [or trapped under an avalanche], you installed an alternative OS and bricked your phone, …).
Do you guys think that could be possible?

I don’t think I understand this one. My English is not perfect but doesn’t redundant mean “not necessary”? Why would someone need such a thing?

It opens the way for scenarios like: One SD card dies, the other seamlessly takes over without data loss. Alternatively, two cards share data, which in theory nearly doubles the read/write speed (but one card dies, and all data is lost).
RAID requires either a hardware controller, or an implementation in software. Both require kernel drivers to handle this.

How about an “emergency circuit”

Part of what you’re describing sounds like the equivalent of dual bios in PCs, i.e. having a failover chip in case something goes wrong. I’m not sure enough of the android boot procedure to know whether would be possible on android. You’d also need a secondary OS option, in case the problem isn’t the bootloader. Something like MSI were doing with Winki perhaps. The latter part can probably be done, but a failover bootloader likely needs hardware as part of the SoC.
For the power reserve, I think I’ve seen batteries that have a physical button on them that enables the battery to drain slightly further than it would normally allow. I wouldn’t go for a separate built-in battery.

You don’t buy the “thick soft one-piece additional plastic over-cover” ? To add more shocks protection ? If solar panels can arrive, they must be on the outer-side, so both are linked, but solar panels were just the 2nd half of my suggestion

Oh I should have known that, I even use RAID myself, but never thought about what the R and the other letters stand for. I thought @siltaar was talking about a fake micro SD slot in case someone raids/steals your phone, but that didn’t make any sense.

I never heard of that but you’re right! It does sound similar. :woot:

Instead of adding an additional cover wouldn’t it be better to make an alternative cover with (even) better shock protection (I believe the existing cover is already quite great) and maybe an integrated screen foil?

I like that and it made me think. How about an “emergency circuit” that made it possible to start the phone with just the calling function even if all else fails (e.g. battery is [nearly] empty, you FP has a solar charger but there is not much light because you’re inside [or trapped under an avalanche], you installed an alternative OS and bricked your phone, …).Do you guys think that could be possible?

Yeah, let’s build a dump phone inside the Fairphone!

On a more serious note: I very much like your idea. I could imagine two ways (without knowing anything about feasibility):

Here it really looks like there’s no need for my ‘over-cover’ idea :

Adding this to the thread, and linking to the separate thread where I ask about it…

MHL. Probably not possible from what I can see of the connectors, but it would be good to know one way or the other.

MHL is little more than a party trick on Android. But if/when Ubuntu Touch comes to the Fairphone, it promises to turn your phone + mouse/monitor/keyboard into a proper computer.

MHL and USB3 are two technologies I would very much like in a 2016 smartphone, both of which are lacking from the Fairphone 2. Fair enough, can't have it all. But modularity is supposed to make the phone somewhat future-proof, so... what are the chances of adding either or both of these to the USB module? With MHL, what I know comes from my very disappointing Meizu MX4 Ubuntu edition. The core chipset supports MHL, which led to me finding some misleading spec sheets before buying. But you …

So I’ll put it down under “less realistic” right?

PS: Someone should probably go through the other suggestions and evaluate which are more and which are less realistic…

An upgraded camera module, I’m happy to accept a phone with a smaller screen, slower processor etc than other phones for the same price but it would be very good to have a camera similar to a Nexus 6p or other high end phone

2 posts were merged into an existing topic: Fairphone 3 – Hardware discussion