I bought a used Fairphone with a broken microphone, so as soon as the device arrived, I ordered a replacement bottom module. That cost around 25€ with shipping, which is cheaper then I thought. Today at work I was checking the delivery status with DHL like crazy at every break a I took. I was pleased to find the module in my post box when I arrived at home half an our ago. 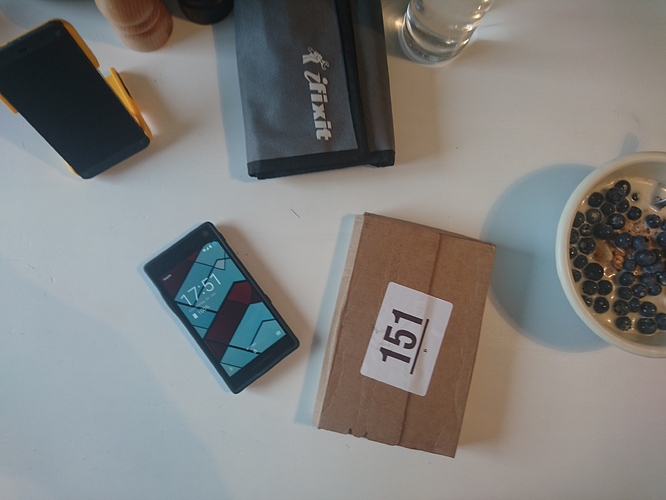 My Fairphone at the operation table with a glass of water and some food for me.

I ripped of the packaging which was made of a simple an small recycled paper box. No excess materials here — good job! As soon as I got the module in my hand, I shut off the phone and fetched a screwdriver. 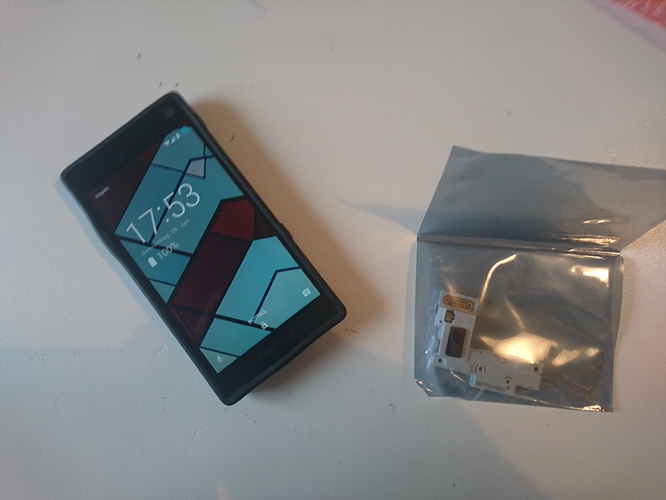 Opening the case took a minute, removing the display was a snap. Soon the Fairphone was lying open in front of me. 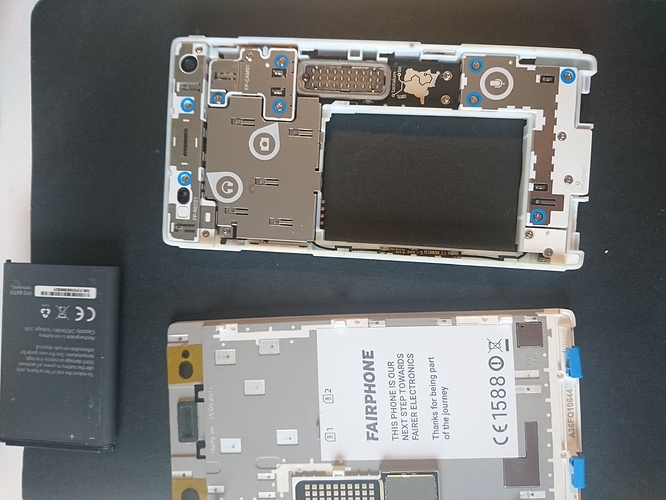 It took a simple PH0 screwdriver, four screws and less then four minutes and the old and new module were on my desk - side by side. 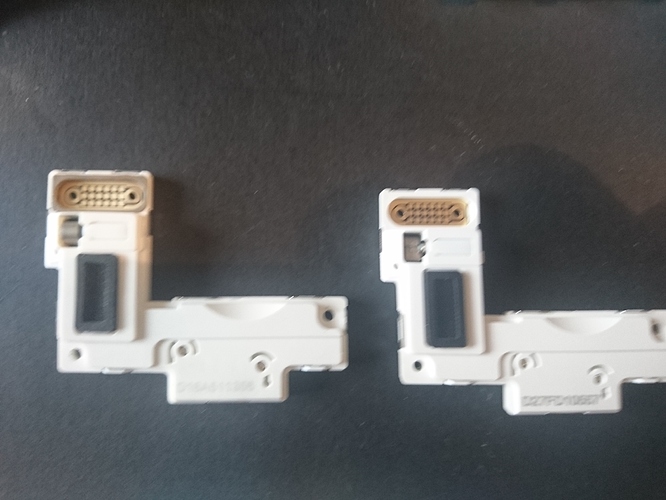 Can you spot the new one?

Another three minutes and the module was secured in the frame, I quickly reattached the display, locked it and put the battery in. Put the protective cover on and booted the phone. That reboot was taking longer then the repair. A few minutes later, I was reading for a test 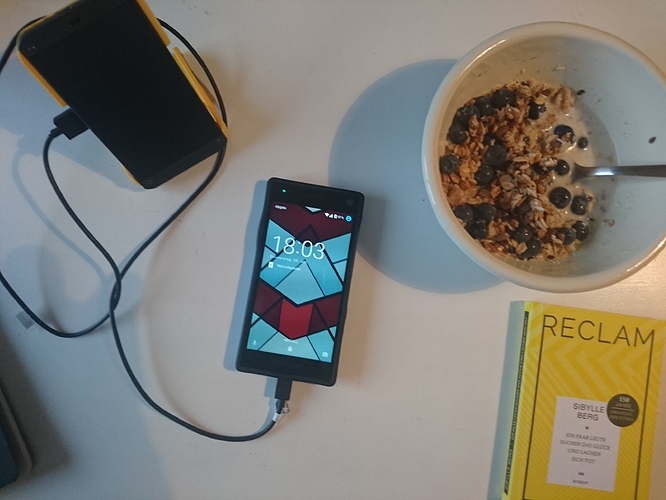 Less then 15 minutes after unpacking the module, the Fairphone and myself were already recharging our batteries. Charger: WakaWaka solar charger, Human food: Healthy muesli with blueberries, Book: Sibylle Berg.

That was so easy, almost ridiculous.

I guess the slogen would fit: repair the Fairphone easy as buy a new Phone.

You might like to think about doing what I did in the same situation – see if someone would like the bottom module with the broken microphone – maybe someone who’s good with a soldering iron could fix it.

You are right @HughesJohn, I already thought about this and I have a colleague at work who is very good at soldering and I will try to repair the microphone with him. I will report back if that works.

@ben you are welcome.

Hi Ben,
Same story for me, my brother gave me the FP2 with a broken microphone. I received yesterday, and less than 15 min with my baby in one arm, I was able to fix it with the other hand!!

You might like to think about doing what I did in the same situation – see if someone would like the bottom module with the broken microphone – maybe someone who’s good with a soldering iron could fix it.

For reference: This is the story about the µUSB-connector in the bottom module:

@JohnHughes (thanks again) send me two broken bottom Modules some days ago. This one has a defekt µUSB port. After disassembling I took a picture with a microscope camera and found some solder cracks. Barely to see without magnification. Two cracks at the shield contacts that I am not too worry about, but also one at contact 5. I am sure that was a slack joint. Some serious force must be acted to the Port. I will try to resolder the joints and hope the bottom module will be able to do its work …