This might be the right topic to post this:
I hope I didn’t simply miss that info, but I just discovered the manufacturing date of the phone/screen. It’s located on the back of the display assembly right beneath the hole for the front speaker 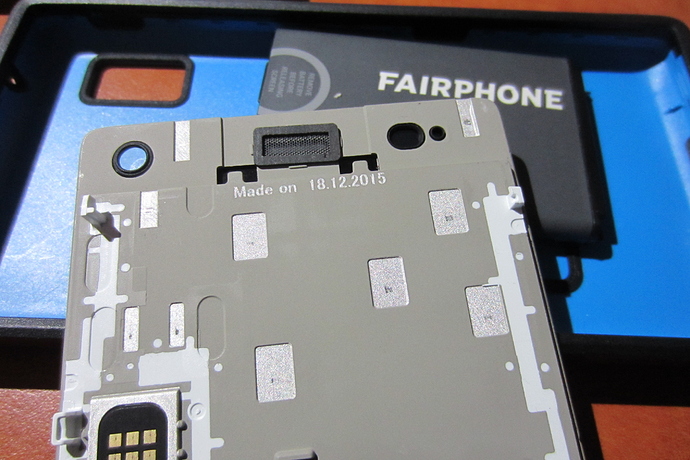 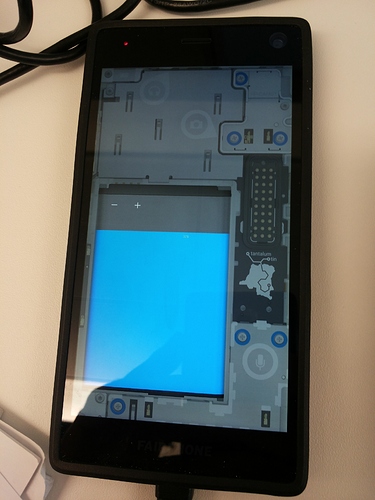 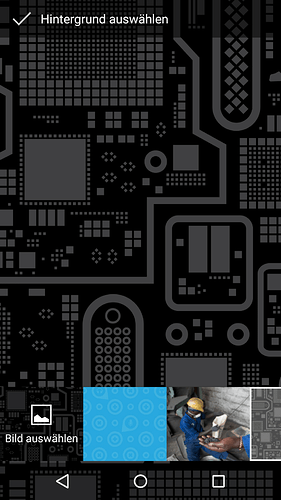 I know, it’s beautiful right?
As I mentioned in my “first impressions”-post

I want that as my wallpaper!

The animation must be stored somewhere on the phone so once I have the FP Open OS (with root access) I’ll try to find it and copy it into the “Live Wallpapers” folder.

I have got only one thing to say: I hate google!

There will be a Google-free version called FP OSOS (open source OS). Hopefully soon.
You might also be interested in this topic.

Thank you for the info! I was actually reading this topic right now…
I only wish a “Fairphone 2 manual user” would exist (or does it and I did not find it?) as it did for Fairphone 1.
I used to have a very old and simple to use smart phone I have to admit it is difficult for me to fully understand how this OS works…

I only wish a “Fairphone 2 manual user” would exist (or does it and I did not find it?)

Just opened the link… That is the paper they sent with the phone! Which I already read!

I hoped they would have gave more info. For example about the “Amaze” app (How to improve the use of this app?, how to create short cuts of the different files?, etc…), or why is there only google app pre-installed (except Amaze) and not at least the normal none app “gallery”… Anyway, I guess it will just take me more time that I thought to set my phone the way I like (which is probably a bit old fashion). But I should manage.

The file is in /res/images/charger/battery_scale.png, but you’ll have to work on it a bit (it has to represent different charging %ages so it’s veeeeeery stretched) :
Had to reupload to imgur because the forum software sucks

It’s not really a first impression as I already have it for almost 2 weeks but an impression by using it:

It’s too big! I can’t handle it with one hand… depending what I have to do… It hardly fits in my palm. So now I have 2 frozen fingers (EDIT: I meant hands) in winter…

Edit by @Stefan: Title was “Is there any Fairphone 2 working fine?”

Ok, the title of the topic is a bit aggressive, but no offense, I’m seriously wondering. I’ve read countless posts about common bugs, like baterry problems, Spotify crashes or Maps not working well, or the touchscreen acting crazy. Mi FP2 will arrive this week or the next one, and now I’m a bit scared if my phone will not work…

Could you please guys give me your impressions about the phone, how it works for you at the moment, pros and cons and if you are happy with it? I’d appreciate it, thanks a lot!

Well, I’m happy, even though some things are “glitchy”:

All in all, for me this are minor things, but I’m longing for an OS update

I have got the same worries. Mine is also going to arrive in the next weeks.

I have read about so many bugs (screen flickering, random reboots, bluetooth issues) that I really wonder how I will be able to use the phone on a daily basis without getting frustrated by it.

I really hope that there is an software update coming soon that will be able to fix all these bugs. But from my understanding of the other threads and the official bug list is that the cause of the more concerning bugs (the bugs I listed above) is not yet known…

2 posts were merged into an existing topic: Should Fairphone have invested more time in quality control (see the amount of FP2-bugs)

I have my Fairphone 2 since Friday. It is my first smartphone.

My impressions until now:

Disclaimer : I’ll update this post with my impressions as the time goes (hence lying a bit with the title of this topic, since these won’t be my first impressions …).

It seems that I’ve had the bugs everyone had (flickering screen, the phantom touch inputs, the HIGHLY CRITICAL wifi symbol glitch, the rebel apps, bluetooth sound issue and the notification light problem).

For me the bluetooth issue is quite painful, since my mesh has the issue. I don’t have it on my car, however, the sound is crystal clear.

Delivery: the phone was delivered to my place on the 4th of January, for an estimated delivery date in December. Not bad, given the end of year holidays. I was a little bit disappointed to receive it on the end of my holidays, but overly happy to finally have it !

Packaging: A nice recyclable minimalist package, which contains what’s needed : the phone, the back cover and a quick start guide (@anon90052001 : thanks for not having cut down a forest for the usual paper brick we can find in the phone boxes, along with the ton of plastic bags that usually present as well).

First contact: the phone is beautiful. It’s quite big in my hand, but I guess I’ll get used to it. The battery charging animation is ABSOLUTELY STUNNING. The phone is quite long to boot though, I think it’s a bit longer than my previous phone (quickboot is disabled, as I like my phone switched off, when I switch it off

). The black background with the components got my vote, it’s fabulous. I also like the default ringtone.

Playing with the back case: it’s quite difficult to wrap around every corner. I think this is a very positive thing, as the FP2 is solidly tucked into its case. Plus, after a few tries, it begins to be easier and easier.

The system: in spite of the several bugs aforementioned (which I don’t doubt will be fixed, as many users seemed to have experienced them), the system is smooth ! The animations are very fluid, all components are responsive. I’m not quite used to the Fairphone launcher 3, so I have installed (for now the catapult launcher).

Storage: I had a hard time with my sdcard: the exFAT filesystem was not recognized. @keesj : do you know if the driver is present in the FP2 kernel / as a module ? To solve my issue, I have emptied it and formatted it with the storage app. The microsd slot is quite tricky to operate : I have to put a knife under the card and pull it gently, else it doesn’t pull out (this is not really a defect : I don’t change my sdcard once a week). A great feature : it’s possible to directly mount the sdcard (i.e. without using MTP) via USB ! That’s great !

Some things I don’t understand yet:

Where? I don’t seem to find it…

It wasn’t disabled… So that’s not it…