Fairphoners Meetup at 36c3 in Leipzig end of December!

The 36c3 is taking place in Leipzig at the end of December 2019. The 36c3 ist the 36th issue of the Chaos Communication Congress, hosted by the Chaos Communication Club.
https://events.ccc.de/2019/10/04/36c3-in-leipzig/
This years’ motto is “Resource Exhaustion” - both a technical term and also a nod to the ongoing climate crisis. The hacker community has been very active for the last years, featuring groups like c3sus, Hackers against climate change and others. A whole track is dedicated to resilience and sustainability:
https://events.ccc.de/2019/10/29/36c3-content-teams-running-full-steam/

Unfortunately, the voucher phase has already ended and I can’t provide access to tickets. Please try to get them in the public presale.

Moving on to the core of my post: I will be organizing a Fairphoner meetup/workshop during Congress. I’ll bring my spare parts form Freiburg heaven and all three Fairphone models as demonstrators.

Congress is by default a non-commercial event. Therefore, I will not request large support from Fairphone HQ. However, stuff like t-shirts, stickers and, from my side, the demo phone(s) will be super useful. So @Monica.Ciovica, wanna discuss details sometime until December?

See you in Leipzig!

Have you already gotten in touch with Leipzig Fairphone Angel @Juli_R ?

Awesome, @hnms, see you in Leipzig!
(Ticket is already organized, but thanks very much for offering your help.)
Is there anything you need help with during the meetup/workshop? Let me know if I can contribute in any form.

Hi @hnms! Glad to hear that you will be organizing an FP meetup/workshop. How can I help you with that? Do you already have any specific plans? Cheers

I will be there as well, and willing to help

@hnms How’s the status about an official program entry?

Edit: it’s this one, right?
https://events.ccc.de/congress/2019/wiki/index.php/Session:Fairphone_Workshop_and_Meetup

this is it indeed. I created a little logo with this years’ design
https://events.ccc.de/congress/2019/wiki/index.php/Session:Fairphone_Workshop_and_Meetup

I will be in Leipzig tomorrow and I’ll also put more text on the wiki until then. After that, I’ll also ask Fairphone to share the event.
Unfortunately, I only got a room on day 4. I hope that the people who are interested will still be there

My DECT during congress will be 4667, my twitter handle is @hnms as well and you can find me at the Freiburg assembly table or in translation booths

@Tig3rch3n: I’d love to see a 3D printed bumper and potentially have one!
@Juli_R: Are you going to be in Leipzig or even at Congress? I have spare parts for FP1 and FP2, none for FP3.
@anna.wadu: If you have spare FP3 parts, bring some!

I’ll be very happy to meet all of you at Congress over a glass of Tschunk!

yey
I’ll be there until late on 30/ early on 31.12 for the immediate teardown. So I’ll try my best to at least visit for an hour or so

Hi @hnms,
Thanks for sharing! Unfortunately, I won’t make it to the FP meet-up.

But hopefully, you’ll be able to gather a bunch of interested people. I’ll keep my fingers crossed. 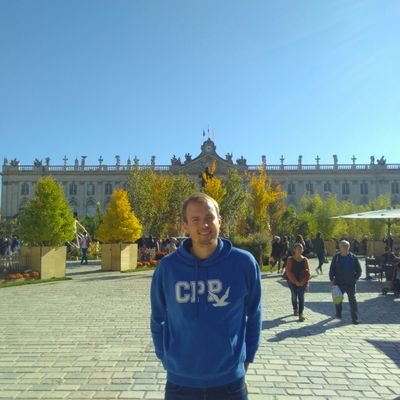 That. Was. Crazy! About 80 people showed up! I was completely overwhelmed, thanks so much for your curiosity and the interesting discussions we had. twitter.com/hnms/status/12…
5 Likes
Volker December 30, 2019, 10:50pm #14

in your tweet mean? You can easily unlock it, but that’s not what you meant?

About 80 people showed up! I was completely overwhelmed, thanks so much for your curiosity and the interesting discussions we had

How many of those people were really new to Fairphone, do you know?

I asked; 70% had a Fairphone. Half of the others were interested in buying one.

Hey Volker,
Ok, I see that the bootloader is unlockable, but there still is a difference to the FP2, right? IIRC, the FP2 bootloader is not locked at all?

But what difference does that make? Isn’t it basically just one more line in the install instruction for alternative OSes? And for a potential FP Open: for the manuall install packages Fairphone provided a script to automate everything, so I’d expect it would include the unlock step, too.

For other OSes: the UBPorts installer has been rewritten and now is also able to install systems other than Ubuntu Touch, if someone provides the right configs. This installer either has the ability to unlock the phone or at least includes instructions per device how to do it.

Could you give some more details about the meetup (and pictures if possible?). I’d be really interested how you handled such a big crowd and which activities you had.

(and that was just in Freiburg)