Fairphone3 - really big, how to carry in summer?

In Berlin, a lot of people wearing their smartphones as necklace, but for now, there is no necklace you can buy, you have to do it yourself

That’s without setting the battery to replaceable.

Perhaps something like Sony Xperia with SFOS would be suffice for you. They’re a bit tall though.

The screen to body ratio has increased recently (“small bezel”).

Successor of iPhone SE is expected at some point.

I don’t think it is possible to tick all the boxes as you put it right now. You’ll have to make some concessions instead. Or stick with FP1/FP2.

That was my point.

Why would a phone with the same technical data except screen size be a dumbphone?

I was like, perhaps Light Phone II, it is small. 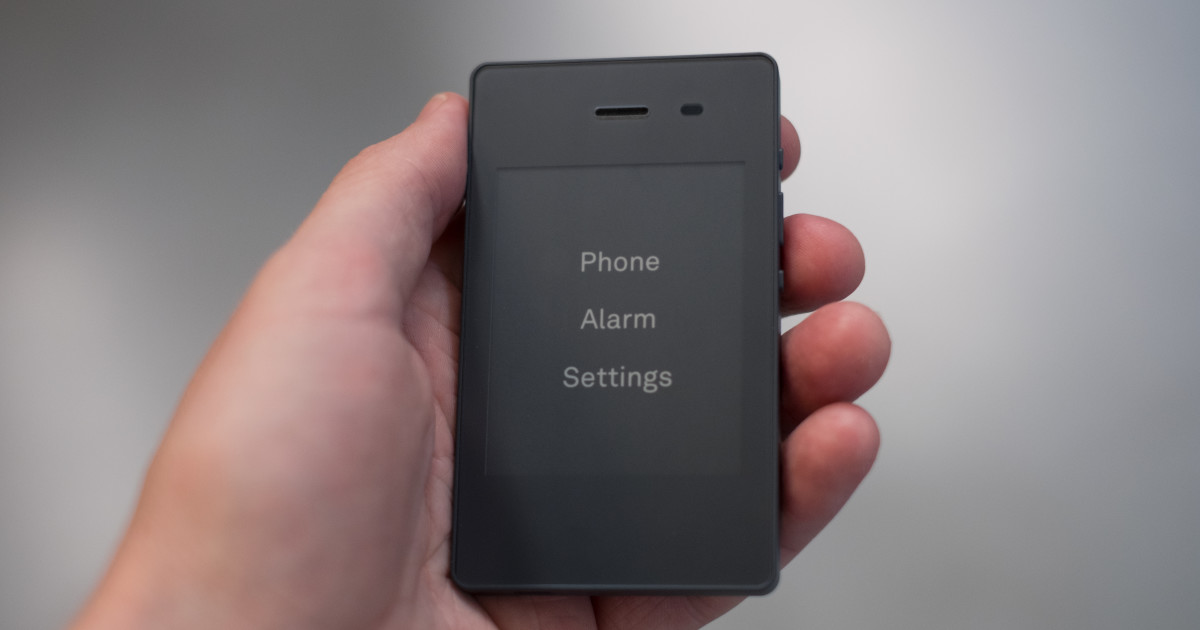 A simple 4G phone with e-ink, messaging & other essential tools—a phone that actually respects you. | Check out 'Light Phone 2' on Indiegogo.

It is basically a dumbphone with e-ink. Sigh.

I just don’t know anymore. I wager iPhone SE 2 is going to be popular. Not only because of the size, also the pricetag.

Also, I just read this review on Tweakers.net about smartphone/battery size trend in 2014 versus 2019. Recommended read.

Reason I like it, is it includes a lot of statistics. It is in Dutch, but deepl.com should allow you to translate it.

For me its either a backpack or - and that is quite often - no phone at all, I leave it at home and enjoy it not to be reachable by everybody. Reading the posts on this site I guess that the fairphone is generally not the kind of phone to carry in your trousers, - the modularity does make it more vulnerable concerning malfunctioning contacts through bending etc.

I put Lineage 16 on my old Sony Z3c and was actually tempted to send the FP3 back, but then I found someone who was looking for a secondhand phone. I tested the build for about a week using all of my usual apps (social media, Google and OSM maps, YouTube, etc.) and it was rock solid stable. It was also encrypted, so no stability issues there either. Performance was also better with Lineage 16 than the stock OS.

Mine just sticks out of all my pockets. That’s been the case with me and phones for many years now, though, not just this one. I can’t remember the last phone I had that actually fully fit in a pant pocket (some jackets are still okay, and admittedly where I live you often have a jacket). And I go out of my way to try to find smaller phones! I gave up and just got resigned to the fact that it sticks out. Honestly, I actually have mine in my hand a lot of the time! I use one of these - https://shop.flygrip.com/ - and so it’s actually really comfortable and easy to stroll around with it in one hand. I even run with it that way.

Surpingly I found that two jeans I own have back pockets large enough to fit the full FP3.

At the same time after using is for a few days I am just a bit disappointed by the earned value of that larger screen. I have a Galaxy S4mini with LineageOS 16 (also android9) beside for comparison. Harday any app really put any more information on the large screen. This only leaves Maps/Videos as the main sources for screen size benefit.

So are I read in another thread in this forum, I think I definetly will sell my phone for an FP3/FP4-mini. So the next huge milestone will be when someone manages to get TWRP running and prove it rootable (possible with Magisk). Then I really do not need LineageOS that urgently any more.

I may be totally mistaken, but I guess that it’s on the app, how they handle the larger screen. If the app has a fixed page, then this is just scaled; which probably benefits people which are visually challenged.

You do mean to sell the FP3 as soon as a FPmini is available; right?
Well, then I really do hope for you, that the next one will be much smaller.

This only leaves Maps/Videos as the main sources for screen size benefit.

Browsing/scrolling the web and/or social media do benefit, too. Incidentally, that is an important use-case for the average person. It is the reason for the taller screens these days (21:9 being the new default).

Since Samsung Galaxy S4 mini, bezels have become smaller, and screen to body ratio has improved.

Its really the apps, for example the one of the F-Droid weather apps shows a few graphical symbols and like 8 lines of text. But you have to scroll to see all

I apologize for my bad english, i’m italian.

Indeed the Fairphone 3 is a bit big - does not fit in the phone pocket of my handbag either… but most annoyingly, I struggle to use it with one hand (I bought a ring grip to help but it is really too big for a relatively small - non-Dutch lady). Fairphone should think of the other gender too ;-).
I didn’t buy it for its looks (don’t really care) and handiness (this would be an added bonus though) but still…
Other than that, quite happy.

This thread makes me smile because I haven’t been able to carry a phone in my pockets ever since I bought my first touch screen phone in 2008 (LG Viewty). Rather than smartphone creators considering both genders (women are not ‘the other’ and men are not ‘default’), I really think fashion companies should consider women own stuff nowadays. I can appreciate a phone that allows men to walk a couple of miles in women’s shoes

So I usually carry a backpack too, either to work or into town (because then I can put smaller bags in my backpack for when I buy stuff), and on nights out I might carry a small purse. I’ve noticed that it has become fashionable for men to carry a ‘purse’ that is basically a fanny pack worn the wrong way. I personally don’t like the look, but I can see how the demand for some kind of ‘man purse’ has arisen with phones getting bigger and bigger.

In recent months, however, I have also taken to leaving the house without my phone. For example, when I’m attending a two-hour lecture, or meeting a friend for coffee, or going on a date. These activities can all be done without a phone and even more successfully and enjoyably without one. I simply continued this new habit with my Fairphone.

Should you find yourself in a situation in which you absolutely have to go outside with your phone and without any kind of bag, however, I recently happened to get two pairs of Scotch and Soda jeans and my FP3 easily fits into their front pockets. I don’t keep it there, though, as I’m not used to carrying stuff in my pockets and I think my FP3 is safer inside my backpack. But you might consider buying some S&S jeans or altering your own jeans.

Hi - interested in what case you found for the FP3?

interested in what case you found for the FP3

Cover for the FP3 Fairphone 3

Review of Anna Treurniet’s FP3 cover. I’ve been using the case for 2 days now. Here are my initial findings. Pros Absolutely not slippery. It won’t slip out of your pocket or hands. Everything fits, if you don’t mind looking on the mm precise. Available today. Made within 2 business days, received 4 business days after payment. Indy designer. Minor, obfuscated branding. Vegan case. Magnet clasp. Place for a plastic card (case blocked my OV chipkaart’s NFC when I tried) Bumper still fits. Pow…

I got myself a case made of felt. They tailor-make it to whatever size you need. Colorwise, I went for petrol for the felt and brown (which is rather light) for the leather and for a size including the bumper. 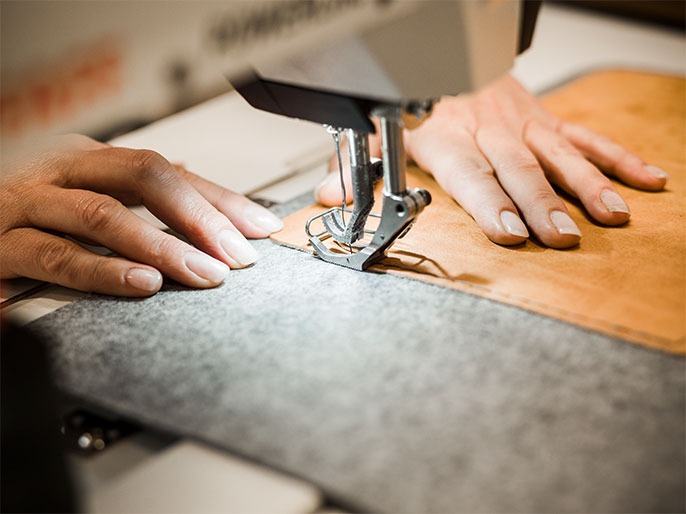 The one linked, and I bought a 5 EUR clip case (made of nylon) on Banggood which I can attach on a belt. This I will use in the summer.

I am carrying my phones and all my personal items (keys, money, passport, tissues, bank card, powerbank and the like) in a carrying case over my shoulder or a backpack. Sometimes the phone case is fixed to my belt. This way I prevent it being exposed to physical stress.
I like my pockets being empty, except for a lighter, some coins or a shopping list sometimes.