We are happy to announce that the software update fixing the “KRACK” vulnerabilities is ready for your Fairphone 2. It is called Fairphone OS 17.10.2. 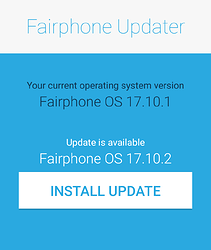 Do you want to help us test software updates in advance (Fairphone OS and Fairphone Open)? You can do so by applying for the beta testing program.

And the FP2 is getting the update before basically all the other Android phones, and the Iphone.
Well done.

Update went flawlessly. One thing I noticed, though, is that the info of the security patch level does not fit. 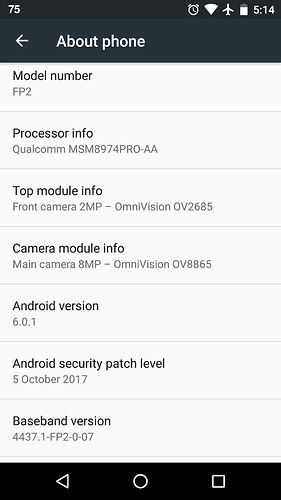 Might this be due to the fact, that this update is based on the old Android patch level as the next one still lies in the future?

Everything o.k. here too. Many thanks to the team!

No, AS @BertG mentions, the security patch level is correct. To get a higher security level, all security fixes in for 1.11./5.11. need to be implemented. This is „only“ patch level 5.10. plus the Krack fixes.

Ah, okay! Thank you all for the info.

That’s exactly why I bought a Fairphone, thanks folks!

I installed the update yesterday manually. As always, it works like a charm.

Ha, I misread the title.

Of course I installed FP O OS on my phone.

Update successful. Many thanks to Fairphone for being on the ball. The other phone companies could learn a lesson or two.

It was already available yesterday and even offered by the updater app.

We are happy to announce that the November software update is ready for your Fairphone 2. It is called Fairphone OS 17.11.2. What’s new Fixed disappearing “Do not disturb until next alarm” mode (thanks to our community member @ben for suggesting the fix) Improved video playback performance Updated APN settings of KPN Security fixes* – Android Public Security Bulletin from November (6th of November patchlevel) *Security fixes: CVE-2017-0427, CVE-2017-0830, CVE-2017-0832, CVE-2017-0833, CVE-…