Fairphone Open 16.12.0 has been released. You can get it through the updater or by downloading in the download section of code.fairphone.com.

Did you also receive a notice on your Fairphone that the update to Fairphone Open 16.12 is there?

I did, this morning, after i started the updater, just to check. Update went smooth (opengapps and Xposed). Was already wondering, next security update is probably only 6 days away…

the update went smoothly on my Fairphone too.

However I discovered a difference: The lock screen is now darker and not colored depending on the battery level anymore.

Or am I wrong and this is a change from an older update?

The colour not depending of the battery level is a change which is included in this update. See changelog on the update of the ‘normal’ os.
As I haven’t updated yet I can’t say anything on the locksreen being darker.

Thank you!
I was confused by the information in the updater app, saying this update only fixes security issues.

The phone app icon is different too, same as in the latest regular os.

The update went smoothly for me with TWRP. Fortunately Amaze hasn’t been updated to 3.1.1 which has proven unstable.

Update went fine without any problems. Thanks @developers.

But now my lock screen is much darker than before, it is nearly black (ATM I have Holospiral as background). The normal background looks a little bit darker, too. I’ll have to change my background because of this.

Just updated and everything went fine. Looks like it’s working as it’s supposed to. Smartlock is still where it was before and working great for me.

I never encountered any problems updating Fairphone Open OS. This time, I downloaded the update. Then it asked me to reboot, and while rebooting, after the “Fairphone” screen, the Team Win Recovery Project v2.8.7.0 appeared. It asked me whether to keep TWRP as Read only or go to some sort of advanced mode (which I understood it means that the phone will be either rooted or the option will be enabled)… I pressed “Keep Read only” and now I am stuck in a screen with several options: Install, Wipe, Backup, Restore, Mount, Settings, Advanced and Reboot.

I don’t have any clue why this happened, or how should I proceed. Could you give some advice or link to read & understand what’s happening and what to do next? I just want to update my OS without losing any data

Thanks and happy new Year to all!

-> Reboot -> System
Then should start your OS

Just download the manual update and flash it with fastboot.
Your data will be not overwritten, since it don’t flash the userdata partition.
Look in the flash.sh / flash.bat script (to be 100% sure) and just run flash.sh from Linux or flash.bat from Windows

Of course fastboot need to be installed on your PC.

Neat and simple, big thanks.
Now I’m back to Fairphone Open OS but it’s still the old version. I’ll check what @explit says and try it tomorrow.

it should be in security - trusted agents, but the list is empty …
Anyone else with this issue?

Not sure what you mean with trusted agents, but this is what it looks like on my FP2 right now: 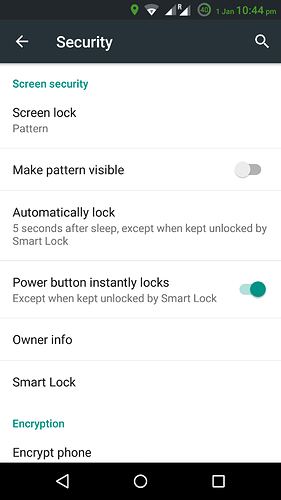 Wow I like the new wallappers! Anybody knows where they are stored or could I download them somewhere?
Because I want them on Sailfish