In my opinion fairphone now needs to use Amoled Display instead of IPS LCD Display especially boe, Samsung, LG, japan display need to buy and use good display from them. 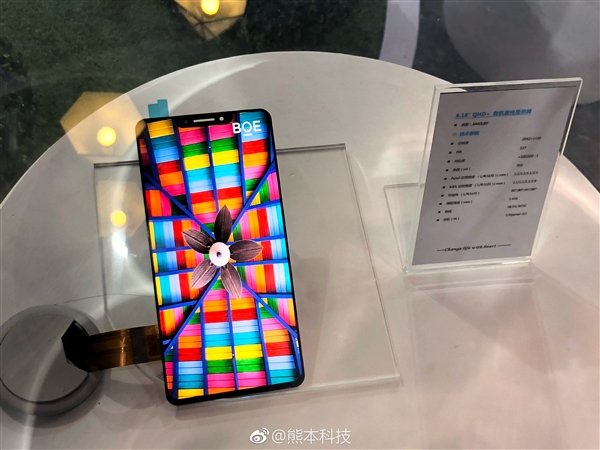 It would be nice to have an OLED display. Mostly because that would mean an always on display for notifications. And of course those deep blacks and contrast. But honestly, the FP4 screen is kinda great, for an LCD. The brightness could be better, lower lows and higher highs. But other than that it’s a good screen. Refresh rate could be better too. It’s sold as a 60Hz screen, but it looks like 50Hz or something. My Pixel 3 has 60Hz, the difference is huge. While I don’t see much difference between a Pixel 3 and a 90/120Hz screen. So a good OLED is welcome

FP4 display is very good. It reminds me some LG’s LCD that I liked very much in the past.

I use 2 phones on a daily basis, the other one being the Zenfone 8, and my previous first phone before the FP4 was an oled too.

Honestly, apart the refreshing rate and some darker blacks, the difference is not that huge.

I know that nobody not even the design & supply chain teams at Fairphone might know since this is at least 5-10 years out but it’s it worth hoping for in my opinion.

It seems like the monetary cost of ethical-sustainable supply chain is only viable once current “flagship grade” components become commonplace in upper-midrange devices 3-5 years down the line so transforming smartphones (image a Samsung S22 Ultra expanding into an Tab S8) will likely be the norm by 2025/2026 with Fairphone trailing an additional 2-4 years.

I can imagine AR-MR smartglasses taking over the flagship space around 2032-3035 so 2028-2038 (aka Fairphone 6-8) will be an interesting time in the evolution of Fairphone design evolution before totally different form factors of personal computing become mainstream assuming a long term commitment to the 4-year release and 2-year midcycle refresh cycle.

My dream phone in the modular & repairable hardware ecosystem is being able to swap components between several brands and industry partners like Fairphone, Shiftphone, Teracube, component manufactures, Chinese ODMs, and maybe even other small brands in the smartphone space.

OLED screens are susceptible to burn-in due to their very nature, so I don’t think they’re a good choice for a product that’s meant to be used for years. I’d definitely like to see a higher refresh display, though.

This is a dated argument. These screens can last easily 5 years nowadays. They are also more battery friendly.

the way OLED displays emit light is by disintegrating some of the organic (O in “OLED”) components, which makes them degrade over time, so it’s not something that can be avoided. it might be less noticeable or takes longer to set in, but people still experience those in smartphones that’s been used for less than 5 years, especially when they’re not top shelf components (like what Fairphone uses to keep the cost relatively low).

Of course FP would’ve gotten an OLED screen if it was viable. I trust they made the right cost/quality balance. But OLED for sure has matured far beyond this argument that OLED is trash if you want to use it for 3-5 years. Let’s see if FP5 will have one, I hope so. No persistent notifications is handicapping me. But I chose to live with it because I prioritize supporting a company that’s investing in meaningful change. There are now people that have bought smartwatches to get persistent notifications. Not the best trend for sustainability, do more with less is not done that way.

UPPERCASE may have a point there

The problem with oled is pwm-flickering. I can not use any of the current flagship smartphones because of pwm-flickering, which is used to reduce the brightness of oled screens. Around 5% of ppl get migraines from using smartphones with an oled screen. So the LCD screen is one of the reasons why I’m using a fairphone 4 and I hope fairphone aims at remaining as inclusive as possibile, so that everybody can enjoy a decent smartphone.

Around 5% of ppl get migraines from using smartphones with an oled screen.

Do you have a reference for that figure?

Note that people may get migraine when using a smartphone or computer whether OLED or not and that they do is not the same as it being causes by the PWM.

There are other sources of flickering light that are know to be associated with discomfort and often there are warnings about strobes.

More relevant is that using a smartphone requires a very narrow focus, which in itself require tension in the neck and eyes and even repetitive muscle issue in the hand.

So whereas a common LED may mitigate some issues using the phone, especially social media, less, may be even more effective

Not sure about that number either, but I can understand this is a real problem for some people. I notice the same migraine inducing effect with some fluorescent lamps or cheap dimmable LED lights.
I don’t have problems with my OLED TV though

Have a look at this Video of an OLED Switch to get a feeling of how this can look like for people who are sensitive to that: 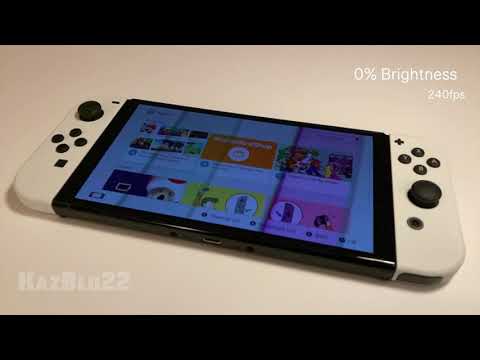 I’m also very sceptical of videos as any refresh of a screen can create a modulated video due to the videoing camera frame rate ??

Indeed, if I film my FP4 display it also looks horrible. I personally prefer to look at an OLED display than an LCD. Especially if it’s a 90Hz or higher screen.

The video is only meant as a demonstration for how this might look for people who are sensitive to that.
This isn’t about what it actually looks like to them, I understand the limitations involved.

I prefer an OLED screen as well, but there are people who apparently perceive (dimmed) OLEDs differently and if that’s the case, then the screen used obviously is very important to them. I just find it a bit harsh to brush that off as invalid.