Is there any way to use the FairphoneCheckup App with LineageOS on a Fairphone 2?
I found the Checkup app to be easily installable via Google Play. But sadly I find no way to launch it. 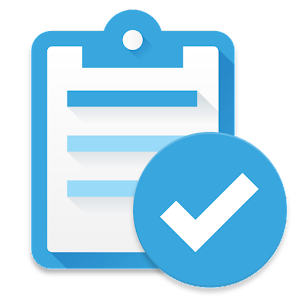 ** Requires Fairphone OS 1.9.3 **The built-in Checkup tool offers various tests to check the functions of your Fairphone 2.Checkup is available under to Settings → Maintenance → Checkup...

On LineageOS settings don’t contain an entry “Maintenance” (also not after restarting after installation) and there’s also no entry in the app-drawer/startmenu.

AT:Fairphone , @Esmee , @anon12454812
If it’s really not possible to use the Checkup app on another OS because of the missing Maintenance entry:
Would you mind adding another way to start the Checkup app? E.g. via an entry in the app-drawer/startmenu!?

There’s a way to launch it is using the terminal. LineageOS ships a terminal emulator that we can use (although you need to enable it in Debugging > Local terminal)

Launch it. We need root rights to launch other apps, so type su and execute it. Grant root permissions (it doesn’t need permanent root access). Then type and execute the following:

Security alert: launching the app this way makes it run as root, not in its own container (i.e. Linux user with limited permissions). CheckUp is a privileged app in Fairphone OS, but this way it has total control over your phone. Be aware.

…or you could not be like me and make a search first. There’s an app called Activity Launcher available in F-Droid and Google Play that lets you launch hidden apps and activities (graphical apps contain at least one activity), plus it can create shortcuts for them. It doesn’t require root and it’s free and open source.

Sounds good, I installed it but when started it only shows itself and my launcher, not any Apps, so it can start itself (again) or my launcher (again)

You can also add an activity (e.g. the Checkup app) as a normal icon in Nova Launcher.

There’s a drop-down selector on the top of the screen (it doesn’t use a wise color palette, yeah) that lets you select “All apps” or something similar. Then it lists all apps installed and all activities within them.

(it doesn’t use a wise color palette, yeah)

.
Doesn’t help that the caption defaults to the history, too …
Thank you

You can also add an activity (e.g. the Checkup app) as a normal icon in Nova Launcher.

I’m using Nova Launcher, but I wasn’t able to find that function. Could you tell me how to add such a icon?

Long press on home screen -> Widgets -> at the top at “Nova Launcher” choose “Acitivities” (drag it somewhere) -> choose the activity from the menu that opened up.

Widgets, of course! Thanks a lot!

With am start -n com.fairphone.checkup/.MainActivity I get the error that the activity cannot be started with user id 0, but it requires user id -2 instead.

With the Activity Launcher I cannot find the checkup tool, neither with com.fairphone., nor with Fairphone, and also not with [C|c]heckup.*

I do find the proximity tool as “Fairphone Proximity Sensor Tool” and its 2 activities so I it seems I do SOME things correctly. Can you tell me, what I am missing here for making the checkup activity working?

Well, about termux: When I run su - before starting am start... am responds: “Error: Unknown component: com.fairphone.checkup/com.fairphone.checkup.MainActivity”. I did not double type or mistype anything here AFAIK, though the error message looks like.

I got it to run using the Activity Launcher. Could somebody please check, if their primary and secondary microphones work? Mine don’t (but I can’t here callers) - but I don’t know if the apps not working, or my microphone is dead.

everything works for me…i also got it to run using the activity launcher…So, may be, your microphone is broken…