We simply don’t know, but you should consider it isn’t a high-end SoC nor a high-end smartphone. High-end smartphones normally have very good cameras, with multiple lenses and such. Kinda insane, and not modular-friendly, I guess. The previous camera upgrade cycle on the FP2 made sense, but also resulted in a lot of waste (abundance of v1 camera modules). The original v1 camera was terrible, IMO, while the v2 camera is adequate for my standards. I guess these standards are getting higher by time though, and yours appear to be higher than mine, so it might be a dealbreaker for you.

I agree, as a camera is really not important for me. (I have got my DSLR for that.)
Though I guess we can assume, that the FP3 will come with a better camera than the FP2.
One: it’s about two years later now and cameras on smartphones have improved in general.
Two: many users complained about the camera and - judging by advertisements - camera quality has become an ever more important topic for buyers. And I really have the feeling, that FP has been listening to this forum.

Wifi certification information is now available: https://www.wi-fi.org/product-finder-results?sort_by=default&sort_order=desc&keywords=fairphone
I don’t know if this is Wifi 4 or 5.
I note that there is no Miracast support

this is a disappointment for me.

Regarding USB, unfortunately manufacturers have stopped putting their USB certification info online so we have to wait for Fairphone to give us the details.

WiFi 4 and 5 are marketing terms cause apparently it got too confusing/technical.

Equipment frequently support multiple versions of Wi-Fi. To communicate, devices must use a common Wi-Fi version. The versions differ between the radio wavebands they operate on, the radio bandwidth they occupy, the maximum data rates they can support and other details. Some versions permit the use of multiple antennas, which permits greater speeds as well as reduced interference. Historically, the equipment has simply listed the versions of Wi-Fi using the name of the IEEE standard that it supp...

IEEE 802.11ac equals WiFi 5. In my opinion that suffices since there aren’t many WiFi 6 devices available or in use (especially routers). Its advantages for smartphones in general are rather small. 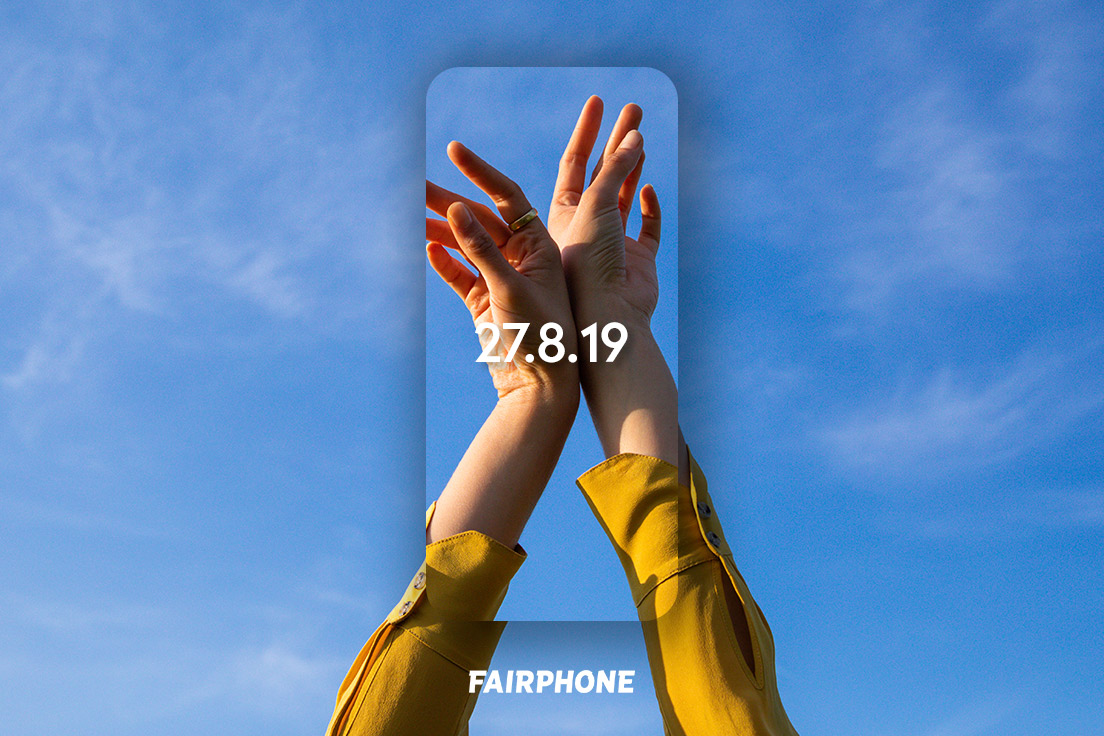 The production of the Fairphone 1 and 2 started after pre-sale.
Fairphone 3 seems to be already in production, so it can be delivered sooner.

I moved your post here, as the implications of this find were discussed here earlier.

According to that Geekbench entry

may be a Snapdragon 660 according to a quick Duckduckgo search which would be a rather good option performance wise (see posts above). Even its graphics performance is theoretically doubled compard to FP2’s Snapdragon 801 (power and temperature limit have an equal impact though).

As was previously mentioned, you can find all the Fairphone FP3 benchmarks here [1]. The output of the benchmarks are similar, and the specs are real. Which points to the benchmarks being reliable.

I looked into it above in the earlier posts. I don’t remember the very details, but all the comparisons I did were written and shared in the open.

[though that’s a fallacy, its meant jokingly not to reinforce the above])

What is wrong with WiFi 4 though? Could you site situations where it is inadequate?

Oops! Sorry for not giving any justification of what’s wrong with WiFi 4.

I haven’t handled many devices with WiFi 4, but any time I did an internet speed test, the download speed was always lower than 72Mb/s. My internet speed at home is 360 Mb/s, and that’s exactly what I get on my desktop with a wired connection (category 6 ethernet cable). Ping was 5 ms.

Now, there’s, nothing wrong with a 70 Mb/s download speed connection. There are many people out there who would be very happy to get this where they live or work. It’s perfectly satisfactory. It’s just that when I’m paying out money every month for home internet, I want to get the most out of it. That’s all.

P.S. I noticed if I looked into the WiFi settings on any WiFi 4 device I tried, it always showed that the WiFi connection was 72 Mb/s. This wasn’t the real speed, but it indicated what the device was capable of with the router in question. This does not correspond with the information I found on Wikipedia for 802.11n, which indicates that it is capable of going up to 600Mb/s. Maybe the older SOC used wasn’t capable of going higher. This is way beyond my limited techie knowledge. I’ve nonetheless somehow concluded in my mind that cheaper processors only capable of WiFi 4 are also only capable of 72 Mb/s download speed or less.

One other thing – on WiFi 4, the internet connection was always much poorer than on my WiFi 5 device when in situations where I was far from a router and where the connection was generally poor anyway. Again though, this could be due to the WiFi 4 devices being cheaper and generally of lower quality.

OK, another thing – the WiFi in pubs, cafés etc. in Bordeaux is incredibly fast. It’s like that there everywhere. Amazing! I had my BQ Aquaris X2 at the time. I was on holiday there after Rouen and Tours. Only Bordeaux had these speeds. Wasted on me really, but amazing nonetheless.

I’m impressed with the level of detail some of you guys have been able to dig up. It’s looking more and more like a Qualcomm Snapdragon 636. I’m still harping on about wired connections, but if it comes with a USB 3.1 port this will be the only phone with a removable battery to do so and will be the best computer phone of 2019.

It’s looking more and more like a Qualcomm Snapdragon 636.

How? @JeroenH and @RSpliet very convincingly argue it most probably will be the 632.

I hope they supply 3 hardened glass screensavers with the phone this time.

Not everybody uses or needs those. Why produce unnecessary waste for a Fairphone?
They could offer them in the shop, if anything.

These factors will matter, at any location you are, at any time.

My point being these factors make it difficult for a layman to assess how well a piece of hardware with WLAN (or is it WiFi in this context shrug) is working.

So I want practical information. I am interested in hearing about specific use cases where 802.11ac is required, on a smartphone. In other words, use cases where higher bandwidth was required. The only one I can think of, is streaming video. How much bandwidth would streaming video from say Netflix (arguably the most popular streaming video service) on 1080p take? Well, first of all, you can’t even stream 1080p from a FP2 via Netflix. Because it has WideVine L3 which is SD quality. Even if you save the content offline (which I recommend as it saves you data), it won’t work on 1080p. Now, you could grab a FP3, and combine it with Emby (or Kodi or Plex or whatever – each which are far less popular than a use case of Netflix), and then stream from your home server or whatever. Then you’d stream at 1080p from the coffeeshop to your home server. The amount of people interested in this? Very little.

So which use cases remain? Cloud syncing? You’d need to access huge data on your phone, you’d just sync it over WLAN whilst at work or home. I recommend to not sync everything to/from cloud on your phone; only what you really do need. The only one I can think of, is tethering. With tethering though, you’d get the full speed of the WLAN standard you are using. Because your client and your router (the smartphone) are freely deployable as you see fit, space-wise. So if the device would sport say 802.11n only, you’d get the full bandwidth.

EDIT: Forgot to mention 802.11ac is 5 GHz only, so indoor use only. One benefit of utilizing 5 GHz only on devices, is that it leaves you more room for 2.4 GHz devices affecting bandwidth & interference.

True. The argument for a 632 is very convincing. Can’t be a 632 though, because that doesn’t have WiFi 5. Not the SOC itself anyway. Maybe it uses an add-on modem.

Fair point about the screensavers. I doubt very much it will come with any screensaver anyway. The lip on the case itself will provide some protection to the screen though.

But if we want to assume …

Edit: Ah, I see, it’s not mentioned in https://www.qualcomm.com/products/snapdragon-632-mobile-platform … quite confusing.

hardware with WLAN (or is it WiFi in this context shrug )

Ha ha! I’m out of my depth here. Can’t think of a single use case where I needed high bandwidth in the past. So probably not remotely important for me. I hesitate to ever use the term WiFi 5 again!

My portable external monitor didn’t arrive until after I’d gone and broken the screen on my fancy smartphone, so I never tried using the smartphone like a desktop. I can imagine if one were to do so though in Android 10 desktop mode, with multiple browser tabs open and on the go, then bandwidth might possibly be of some importance. I now know about Emby, Kodi and Plex though. Is NetFlix even available in 1080p on Android (don’t bother answering this question)? Don’t use NetFlix any more anyway.
Basically, I have no facts to add.