Hi, I compared the camera of my new FP3 with a DSLR Pentax, a iphone7, a galaxy A3 (2017) and my old FP2. The FP3 is a bit dark, but if You open the aperture +0,5 it is much better. The FP3 makes too much contrast or sharpness - the pictures are much “oversharped”. You can see that when You zoom in. And it makes the pictures too colorful. The Software ProCamX which makes much better photos with the FP2 than the FP2 with tbe built-in software is not as much better with the FP3, but You can make “raw”-Photos with it (*.dng), which You can develop with Lightroom or other raw-interpreting software - and there You can sharp for Yourselve and You can also develop the colours better. But I think the camera is just as good as the samsung A3 and maybe a little bit better than the iPhone7.
In my opinion there are “worlds” between the FP2 and the FP3.
But it would be great, if the Fairphone engineers will have a look at the built-in camera-software and make it better. 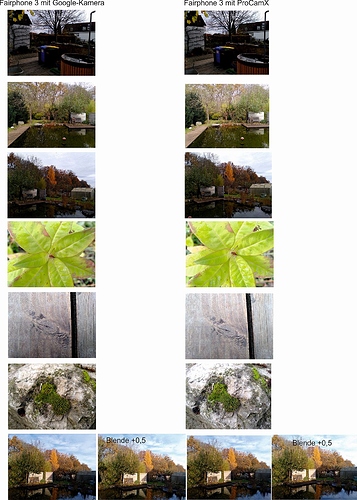 This post will be very helpful for people thinking about getting an FP3, so thank you for your service!

Additionally, here’s a YouTube video by user Romeo Kienzler comparing the camera performance of the FP2 and FP3 side by side.

Has anyone the same problem/glitch with filming as me? When viewing back the filmed scene, sometimes (not all the the time) the image jumps up and down, revealing more hidden area and hide it again. Makes it practically hard to watch…

I recall something about this in the forum. I think this is in relation to image stabilisation.

Disabling it resulted in no more jumps

Personally, I think “Open Camera” does a great job at improving the camera on the FP3. And it’s open source too which gives a bit more clout than any random shareware app can provide.

Using it and switching to another camera API within the app, not only was I able to take raw photos, I also was also able to take 1080p video at around 100fps

Re: [Fairphone Community Forum] [Discuss/Fairphone 3] Fairphone 3 Camera
Hi, do You mean the “open camera” in play store made by Mark Harmann?
Then I want to know, how You have managed it to take raw-photos. I can´t find it in the app.
Thank´s.

My version is by the same creator but out of the f-droid app store. I think it will probably be the same process since it was buried in the settings.

The main thing you want to do is go on the bottom of the settings where it says Camera API and switch it from “original camera API” to “camera2 API”. That will present a few new options on the photo/video settings that include raw photo, new framerates, etc. The GUI section will now also give the option to enable a shortcut for raw photos on the camera display.

I am also using OpenCamera (fdroid), and I absolutely had to turn off Image Stabilization, as it introduced a .5 second delay, which turned taking pictures practically unusable…

The Fairphone 3 is the latest modular offering from the Amsterdam-based Fairphone company. For those unfamiliar with Fairphone devices, they are designed to allow users to easily replace parts (battery, camera, speaker, screen, etc.) so as to extend... 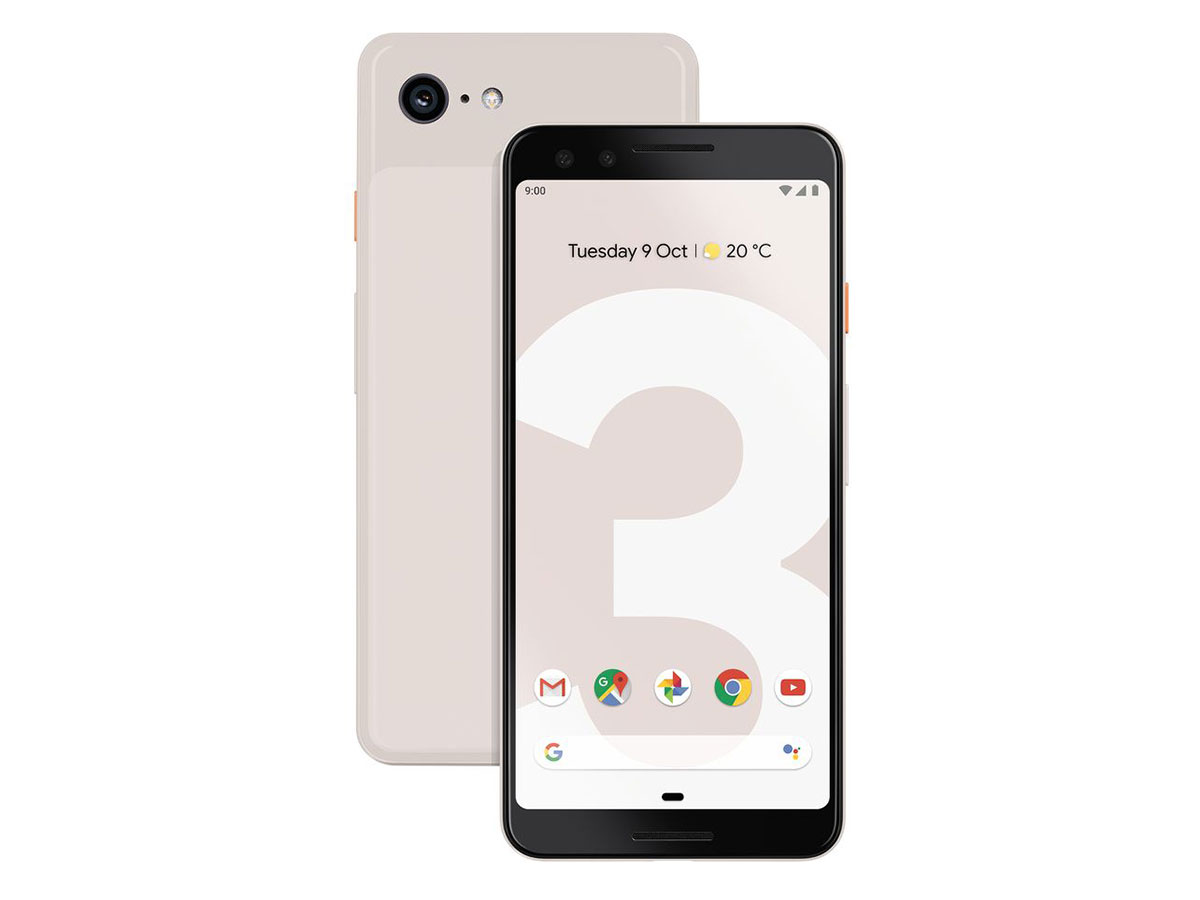 Please note: In September 2019, we updated the DXOMARK Mobile test protocol to cover ultra-wide-angle performance and have renamed the protocol DXOMARK Camera. We also expanded our low-light testing and created the new Night...

What a a pity, i would love to buy and use a PF3 but photo is really important for me, i made some daily even for my job. So why, why do FP3 can’t succed to improve the camera experience on FP3 ???

Because of a wrong assumption?
The module is not exactly the same, very obviously from looking at the two phones. The sensor in the module is.

And then the camera Apps differ. Google seems to treat their own phones to a better one. Which you can run on the Fairphone 3, too, to profit from some advanced features, but currently not without some possible issues in other departments.

i though the sensor was the same Sony IMX363

Yes, and while sensor is important, it is not the only factor. Pixel 3a also has the same sensor, and the score of that is equal to FP3 camera. It goes for 400+ and is not a fair phone. If you use Google Camera on FP3 when you got low light, you should have a very equal experience as Pixel 3a.

I use the stock camera now with the Pro Functions. I compared a lot of pictures and use it now with saturation 4 (5 was default) and sharpness 2 or 3 (6 was default). And the F1 for nightsight. But here the v9.5 because there You have possibilities to set the saturation in highlights and shadows, which I couldn´t find within v10.3 anymore.

Hi,
where are the parameter for sharpness and saturation in Pro function ?
Thx

where are the parameter for sharpness and saturation in Pro function ?

In the developer options in the settings, regardless of Pro mode or any other mode.

Re: [Fairphone Community Forum] [Discuss/Fairphone 3] Fairphone 3 Camera
Hi,
I wrote in my mail - see … saturation 4 (5 was default) and sharpness 2 or 3. Whether 2 or 3 - Ypu have to decide für Yourself, what´s looking better for You.

might be me being blind, but I can’t see anything for sharpness or saturation in there.
I activated the developer options and can see a number of settings starting with ‘Memory’. I see sections for Debugging, Networking, Input, Drawing, HW accelerated rendering, Media, Monitoring and Apps. But I can’t find the path to set the camera sharpness and saturation.
Would you be able to tell me where exactly you can find these?

might be me being blind, but I can’t see anything for sharpness or saturation in there.
I activated the developer options and can see a number of settings starting with ‘Memory’.

What you describe are the developer options of the OS, the Camera App has its own settings (the cog wheel in the top left corner of the App) 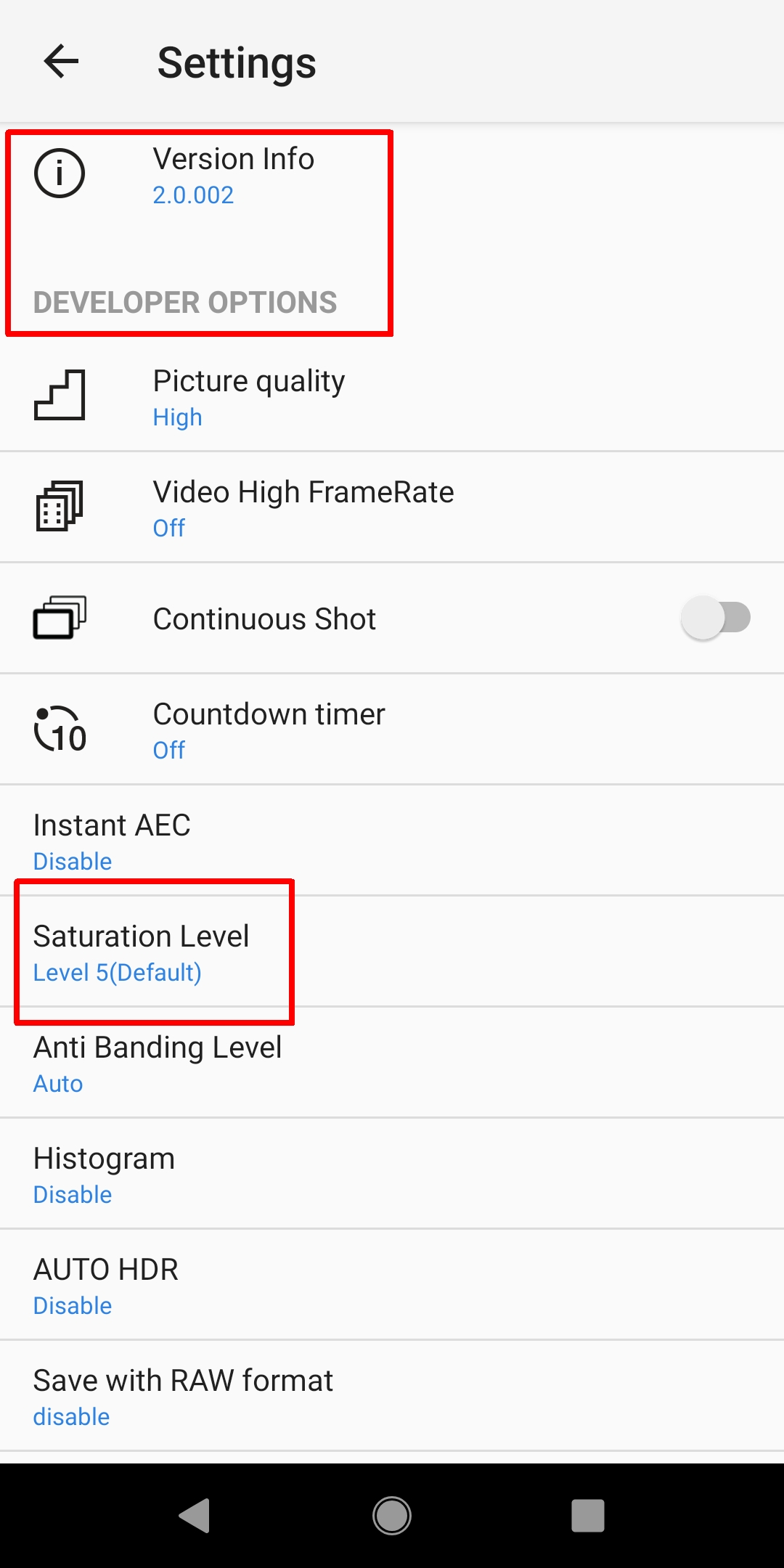 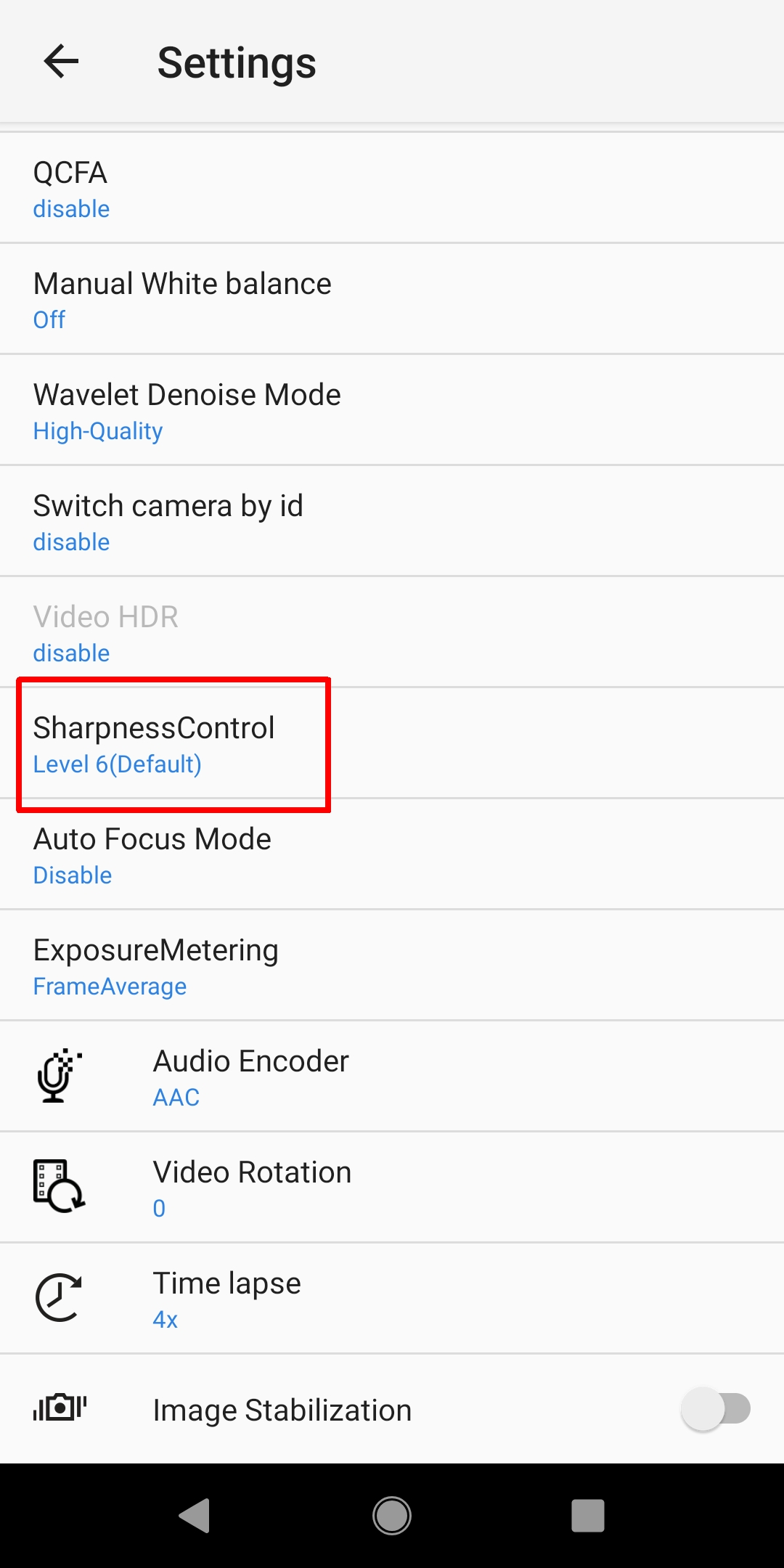 might be me being blind, but I can’t see anything for sharpness or saturation in there.
I activated the developer options and can see a number of settings starting with ‘Memory’.

What you describe are the developer options of the OS, the Camera App has its own settings (the cog wheel in the top left corner of the App)

Thanks a lot, found it!

f the OS, the Camera App has its own settings (the cog wheel in the top left corner of the

Sorry to ask a silly question, but where could you unlock developer options ? I’ve already activated the developer mode (tap 10times build number in parameters), but no dev parameters appeared in camera settings…