The Fairphone 3+ has disappeared from Fairphone’s online shop. When using the direct URL from my browser history, this is shown: 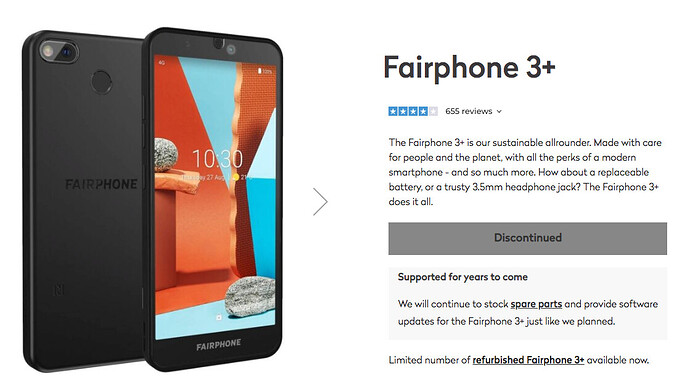 The FP1 was delivered over a period of 15 months (from the very end of the year 2013 to March or April 2015), the FP2 a total of 39 months, and this indirect announcement now makes the span for the FP3 and FP3+ combined around 40 months.

The passing of an era

Hi, is this maybe a sign that Fairphone 5 is around the corner?

I don’t think that’s a necessary consequence. The FP3 launched in September 2019 after a break of several months without any Fairphone availability (new FP2s were discontinued – I think – at the end of March 2019, and a few last refurbished FP2 were sold in July or August 2019). The period from the launch of the FP4 (autumn/winter 2021) to the discontinuation of the FP3+ now was actually the first time two Fairphone generations were available concurrently.

woow i will buy new model so i hope no issues