Any other requests for designs? Maybe some patterns?

I think splitting the cover in 3 colors would be cool, so you’d be able to do (some) flags with it.

I think splitting the cover in 3 colors would be cool, so you’d be able to do (some) flags with it.

But with current design that would result in an unstable fitting casing :’(

At some point shapeways experimented with doing full-colour sls 3d printing, I made a design that looked way funky, but the quality of the print was terrible and they stopped the program…

This is as slim as i can make it without loosing too much stiffness. Besides, I like the way the colours break up the front side, makes it less of a black rectangular glass slab like any other phone.

The material is nylon, don’t know about the colours. Check shapeways.com and go to Materials tab, lots if info there about how it is made.

m not very happy with the standard FP2 casing, it’s very difficult to install. Nobody will believe you can change the screen in 2 minutes when you can’t even easily set the casing…

Oh come on…! Not that hard when you get the hand of if… But these look great…

I’d really like an orange or a red case so will probably order from you once previous buyers have posted feedback.
Incidentally, would you be able to print and send this FP2 dock, and how much would you charge for it?

Incidentally, would you be able to print and send this FP2 dock, and how much would you charge for it?

upload it to shapeways and see for yourself

Thanks I’ve tried. You wonder whether they are printing it in pure 24cts gold. If you see what I mean

Hej @dvl,
very nice cover and it’s so nice to have an alternative cover option

I ordered the red/white version, looks cool and stylish!

Here are some impressions of the cover: 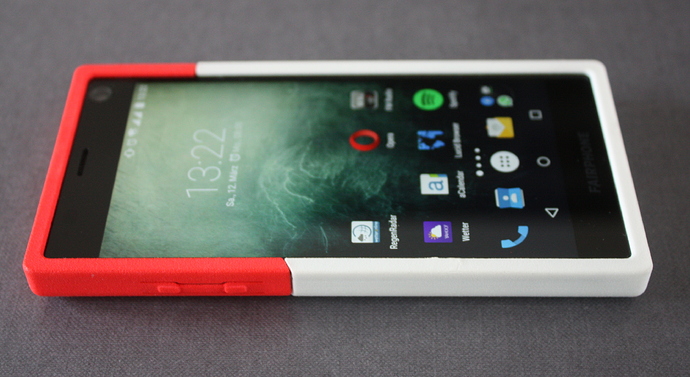 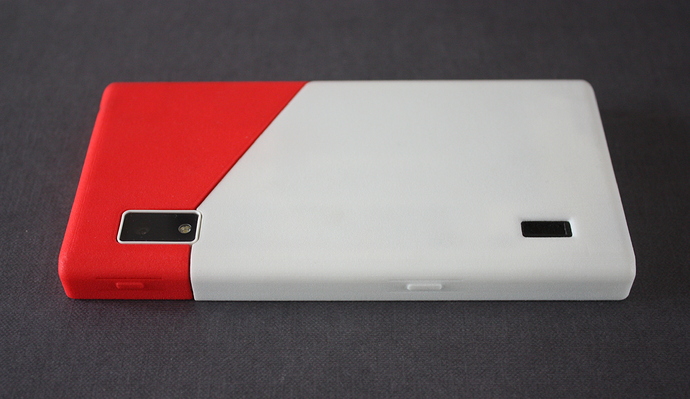 You happy with the fit?

You happy with the fit?

Jea, the bottom part is a little bit tight, the top part could be tighter, but both are ok. The material feels a littlebit to rough, i thought Shapeways would polish it a littlebit more, but it’s also ok, can’t slip out of the hand

Yeah I am working on a 1piece model that needs a lot les on the front, by I
have been out of the country for two months, so that has slowed down
development a bit

Yeah! But feel free to double-check it yourself, you should be able to
rotate some 3d view and check if all buttons are there.

Received my case yesterday in black/red:

I think the top part should be 0,5mm to 0,6mm longer, because there is a small furrow between two parts.
Thanks for designing.
Is it possible to order another finish of the material?

Is there any chance on lime green (or a more natural looking moss green) as a future colour option? I think that would make a great combo with the purple.

Noop, that is up to Shapeways. Maybe some spraypaint?

I ‘ll think about that. For now, I’ ll stick with the original black cover.