I tried to send 3 pictures as MMS. I think the phonenumber I sent to cannot handle MMS. Ever since then - which is 6 weeks ago - I have had an icon with an exclamation mark in the top left part of the screen. When I turn off the phone it is gone when I open it again, but then it comes back. How can I solve this? Is there a draft folder or something like that? 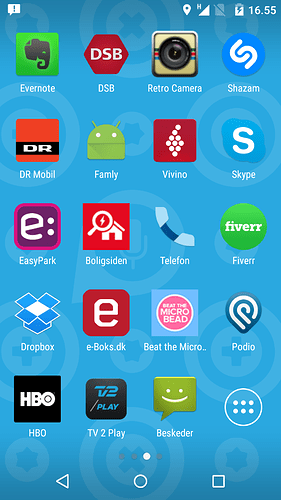 What happens if you slide from the top down and then tap the notification?

It opens the text app. Not a specific message, just the general overview. And the icon remains in the top left corner.

Go to Settings > Apps > All and clear the cache of the texting app. If that doesn’t help also clear data (AFAIK this won’t erase your conversation history as that is stored in another app).

I have cleared cache before to try and solve it. Did again just now. I haven’t cleared data though. I just realized that I have two text apps with the same name. I cleared cache from both and restarted the phone. Which one is the original that I should clear data from? 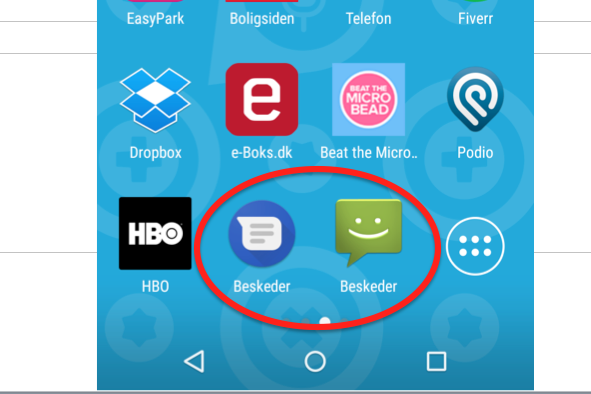 It didn’t work with the cache. By the way: I appreciate your help.

The right one is the standard Android one. I don’t know the left one.
You can long tap the notification to see which app it comes from.
Maybe the problem is that you have two apps.

I erased the left one and kept the Android app. I have cleared cache and data. I have restarted the phone. The icon is still there. Is it possible to delete the app and reinstall?

The app is not the problem, but the “Phone and SMS storage” is. In Settings > Apps > All Apps > Phone/SMS storage you’ll find the respective app overview.

PS: You cannot uninstall system apps such as the SMS app, unless you are #dic:root .

When I follow that path I can’t push any other buttons than the ‘Force to quit’. Should I push that? 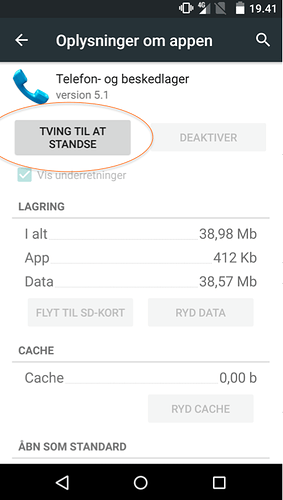 Right, that doesn’t work on my phone (FP1) either…

I remember deleting that data once with Titanium Backup, but you need #dic:root rights for this as well…

Can you find that message in the message history that you have with that contact and delete it (the MMS)?

I did that as the first thing. And deleted the contact.

Maybe you shouldn’t have deleted the contact, but the message.

I did both. I have sent him text messages afterwards. He receives them without problems. But not MMS.

Apparently there is an app that lets you see unsent messages:

Sounded promising. I installed it. Found a folder with delivery failure and deleted the messages. I thought everything was solved. Uninstalled Handcent again. Restarted the phone. The icon was gone. But then I pushed the text message app and it reoccured. My phone is possessed by a deamon