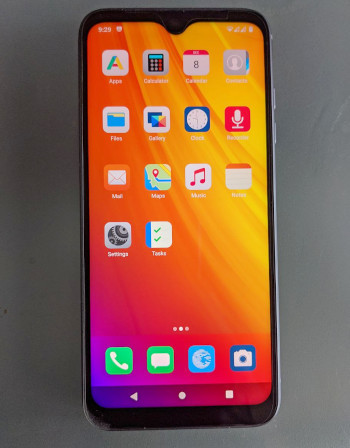 i hope it will not be a pure marketing for weeks…

Agree on that. I hope they will prepare it as soon as possible. I’m getting FP4 next week, so I hope they make it until the next week.

sorry, but i don’t think so.

as suspected. but again only big promises…

Is unfortunately not the first time so… 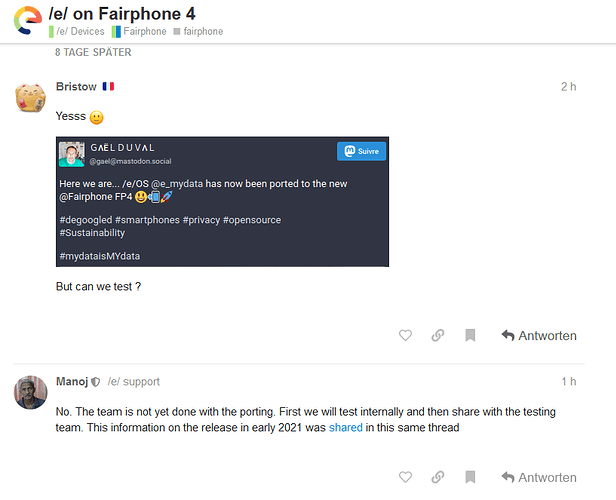 i haven’t whatched /e/ until now. Does that mean there are much announcements and only few usable progress?

The fact that they’re testing internally means they’re far along, but not far along enough to start public testing - so it may still take a month or more before there’s a public release. You’ll probably be able to join a beta pretty soon, though.

The team is not yet done with the porting […]

Lol, weird way to put it.

Weirdness aside, isn’t there any way to build it ourselves? I’ll be receiving my FP4 soon, and I’d rather test unstable software than have it sitting in its box in a shelf until that comes out publicly.

Code isn’t available to the public yet. /e/ devs started the porting process in September and it usually takes about 2-3 months. They originally wanted to have the OS ready by the end of the year, but the most recent projection they gave was the beginning of 2022.

Here’s a good thread on the /e/ forum to keep an eye on:

Ok, i want to be the first to ask: Will /e/ sell/support FP4? Regain your privacy! Adopt /e/ the unGoogled mobile OS and online services

I think they do progress quite well, but often they promise even more.

Code isn’t available to the public yet. /e/ devs started the porting process in September and it usually takes about 2-3 months.

Why was this developer as closed source to later release it? I’m mostly curious, I see this happen a lot, and I can’t image why you wouldn’t make it FLOSS from the start.

Maybe because they didn’t want to see /e/OS running in the wild before it’s ready and they could also sell FP4 with /e/OS preinstalled.