Delivery via DHL Express is sometimes a big problem in Germany

Maybe some here only joined us here after the FP1, so in order to reiterate a past discussion (I hope my memory doesn’t cheat me): Back when the FP1 was first delivered, GLS was the sole shipping option in Germany. This made many Fairphoners in Germany point out the questionable business model of GLS (including pay and treatment of their fake self-employed staff). If I recall it correctly, DHL Express was later added as a shipment option explicitly for that reason – because while it’s certainly not a joy to work at DHL, it’s at least providing slightly better jobs than GLS.

P.S.: Sorry for the (original) lack of precision. Just looked up the old delivery email and it was DHL Express. Thanks @_Chris

Does that mean FP did already offer DHL (not DHL Express) as a shipment option? Or do you mean DHL Express?

By the way, has anyone noticed that DHLEconomySelect has been added as a shipping option (I just tried the shop with a bottom module) a few months ago? Just struggling to find when I first noticed it. Can anyone say if this helps with the original issues? 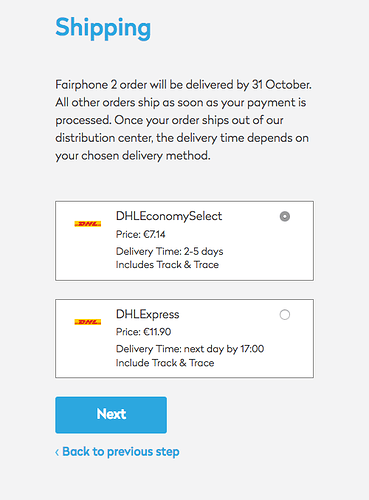 Yes, I just got a new camera module, I choose DHL EconomySelect and it was delivered by DHL Express Courir. So first try was on Friday, no one at home, but my wife was able to send me the code from the information paper in my letterbox. So I could order a retry for saturday(!) and it worked (at 8 AM the courir tore me from sleep

)
But I think, this is still an open issue. The poll could have been more votes, but the decision is clear.

Well DHL express today “delivered” my new camera module. As nobody was at h. one, they forced it into the letterbox. In a way that the main camera module is broken. You can see the contour of the innards of the parcel pressed through the wrapping carton. Additionally, they obviously falsified my signature, as the delivery status says signed by me, which is not possible as nobody was at home. Let’s see what they week day tomorrow. I also opened a support ticket with photos

I really hope DHL Express compensates you in full (so that Fairphone doesn’t need to).

Well, i hope so, too… And that it doesn’t take too long. Had already waited for the availability…
But then, we are used to have to wait for fp components

(sorry, could not resist)
But at least, DHL acknowledged it, one of them was really touched by the pictures…

Edit: the most terrible picture from a lot: 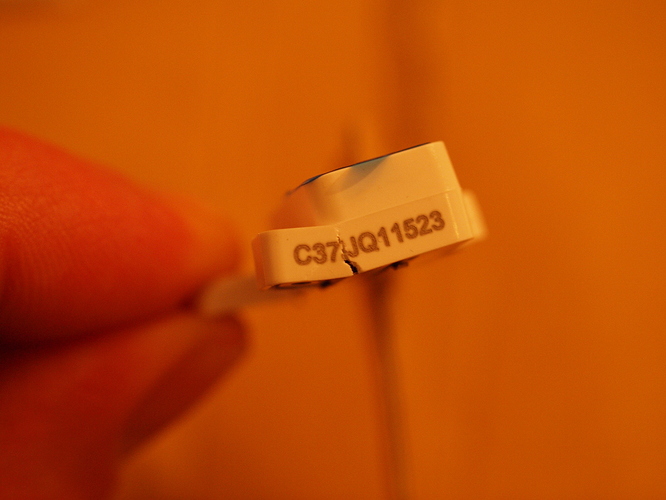 Well, thats definetely against their own delivery rules. So it seems to be less bad to wait for 14 days (as I did, causing my starting post) than to get broken device.

I can only suggest to stick with DHL. DHL delivers and if the recipient is not at home, there is always a station nearby where the item can be picked up the next day. And they treat the packages like you are supposed to treat other peoples’ property: With care.

With other delivery service, I had more or less serious issues:
Hermes: Drops the items off anywhere in the neighborhood, sometimes spams local businesses and abuses them as storage. Or they place them behind the fence, let the door “sign”, scribble some undecipherable message on the note and leave you with the detective work.
UPS: Abuses the items. Some look as if they had been walked all over, sometimes they are kinked, which sucks if you have a painting with imprints of corrugated cardboard structures. Or the driver wasn’t provided with a fricking working pen, leaving me with the detective work of making the inkless imprints on the note readable. That can be fun as part of a game but not if you are expecting something that you really need.
DPD: I was once waiting three weeks for effing documents in a letter. Not even a parcel. They happen to deliver the original letter and the requested substitute on the same day after four weeks.
GLS: No serious issue so far. Their drop-off station in my area is quite inconveniently located, but no drama. Still prefer the DHL station in the neighborhood supermarket with the convenient parking space.

It seems to be nessecary to point out again, that this thread belonges to DHL-Express, which is different to DHL. So if you say “stick to DHL” it might be missunderstanding. To “stick” to DHL is not possible, because up to now, its DHL-Express, not DHL.
My intention was to change to DHL, I had bad experinces with most of the other providers, including DHL-Express.
And as far as I know, there is still no change in the possible delivery.

No change up to now

.
Just ordered a new battery and it was delivered by DHL-Express. Pure luck that I was at home at the day of delivery, because as a receiver, I would have hardly the chance to choose the date and place of delivery.