Customers, a species of camplainers?

You do realize wireless earbuds have:

So yes: Promoting wireless earphones as THE listening experience on your phone contradictory to their values in more ways then one (next to the worse experience for people who have wired headphones). It is a stupid decision they should be ashamed of. I find it extremely disappointing so many people are blindly defending them. If you want them to keep straying, then by all means continue to be free PR for them, I’m sure they’d appreciate it.

Whereas the points you make are interesting, the tone in your final paragraph is rather intolerant of others views and tends to be a little insulting.

But hey! this is a place to complain so what am I complaining about

I agree with you and the 4 points but not on the last paragraph.

This forum was much more friendly before even when people complained. I think I am getting old to say something like this

I think I am getting old to say something like this

Age is supposed to be second youth

they should be ashamed > Heard it all before

The oh so knowledgable youth that think they know what people should and should not do.

Let me give a counterpoint to your point. Smartphones. They have significantly shorter lifespan than PCs. They’re far less powerful, too. They contain Li-On bombs. Promoting smartphones are THE computer experience contradictory stupid decision ashamed its promoting terrorism yada yada.

Let me give a counterpoint to your point. Smartphones. They have significantly shorter lifespan than PCs. They’re far less powerful, too. They contain Li-On bombs. Promoting smartphones are THE computer experience contradictory stupid decision ashamed its promoting terrorism yada yada.

Really on the ball there

until your fell off

Do you know I actually damaged the screen of my FP2 because of the bloody 3.5 mm wire in like the first few months?

Well, you’re right that my last paragraph was overbearing and beside the point.

Still good to get it off your chest, the last thing anyone wants is a load of $#![ in their head. Maybe add a smiley face as well next time or better still

Just be up for the challenges

I’m with you on everything except the price. I wasn’t thrilled about the price(s) either, but on the other hand, the new specs will probably allow phone to run newer versions of Android down the road and also to be able to run them better. I think the price hike is due to the switch from the midrange 600-series Snapdragon line to the high-midrange 700-series (5G no less) and also the increases in both storage and RAM.

And compared to the Fairphone 2, which was about 520€ at the beginning, it’s not even that expensive

will probably allow phone to run newer versions of Android

The intro video states at least to Android 15

There’s a video that has a wag about the earphone jack being dumped. Get past 4m of video 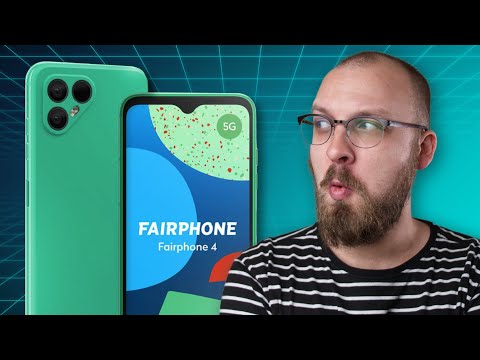 And keeping in mind that the FP4 comes with a five year warranty, it’s a bargain. That’s five years of guaranteed use and free repairs, two-and-a-half-phone’s worth of warranty in one smartphone.

the FP4 comes with a five year warranty, it’s a bargain.

Exactly! But just because the OS can run on it doesn’t mean it’ll run well, which is where the 750g comes in.

But just because the OS can run on it doesn’t mean it’ll run well, which is where the 750g comes in.

Not sure what you mean.

Just because the OS

And what gives you the idea that A11 won’t run well on the 750 or for that matter later verisions?

I guess he is saying that in four to five years, there might be still repairs and support for the phone, but the Apps and OS in 2026 might not be running well on a device with a Qualcomm 750G, but on a newer (nonfair) phone sold in 2025. With a high end CPU from today, it would work better, albeit that is also just mid range or worse in 2026.

5 Likes
Why did Fairphone use an outdated SoC for the FP4 even though they knew Qualcomm would not support it longer?
Frasier October 4, 2021, 11:38am #46

No, I’m sure Android 11 runs very well on both them. I’m not not sure how well Android 14 and especially Android 15 will on a 600-series Snapdragon SoC.

But you never know. I hopefully will be trying the 15 on my FP3