Hey there ! I have my fairphone for a few years now, not under warranty anymore, an i’m actuely facing a screen problem : one part of the screen became unsensitive since a few months now. I tried to remove it and put it in place again but its not working. I saw inside the core module of the phone that a small connection piece is broken but I dont know if its can be the reason… I would like to know what is this piece made for. I joined a picture of the broken piece (that is not available in the shop of course). Also I have big batterie drops, but the battery and down or inferior module are new. The only thing I didnt tried is to reset the phone. what should I do ? Try to change the display module by myself an if it’s not the problem i will have paid the new display module for nothing ? send it to repair to the company, and maybe just have a new display module that I could have change by myself ? I’m not afraid to do things by myself but i’m not an expert… Some help is welcome !! thanks 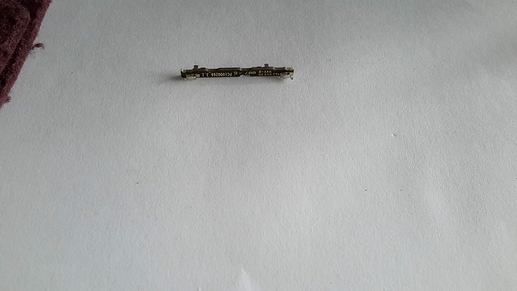 This looks like part of the antenna cable. Could you post a picture of the rest of the core module?
If it is part of the cable it shouldn’t be related to the screen issue, but all connections should be bad.

@Nix
It is indeed the antenna cable, but has two contacts marked on photo which touch screen display when in place:

Also I have big batterie drops, but the battery and down or inferior module are new. The only thing I didnt tried is to reset the phone. what should I do ?

The most likely cause of that is a misbehaving app, in which case a factory reset will certainly help.

Not saying that antenna requires contact with display to work, but why does display have about 16 point contacts to motherboard (of which two on antenna cable) if not to “earth it” or other purpose and OP originally saying that one part of screen unresponsive?