Connect Fairphone 2 to an ad-hoc hotspot

Since September 2015 I’m a proud Fairphone user and I discovered something fascinating inside the Fairphone.
It is well known that Android usually cannot connect to ad hoc networks, but it seems that the Fairphone can do it. I post some screenshots so you can see what I mean. I’m using my old Nokia 5800 XpressMusic with JoikuSpot Premium to open an Ad-hoc Hotspot named “Equestria”.

When I enable the hotspot, I can’t see it in the normal wifi settings (left picture). But when I’m going into the wifi dropdown menu, it suddenly appears! (right picture)

So I think the Fairphone is able to connect to ad-hoc networks but it seems that it doesn’t know how to do it. Has someone already tried to establish a connection or is it possible to add the ad-hoc function in the next update? I’m looking forward to your answers!

Thank you for your suggestion! Unfortunately it doesn’t show up under “Wi-Fi Direct”. 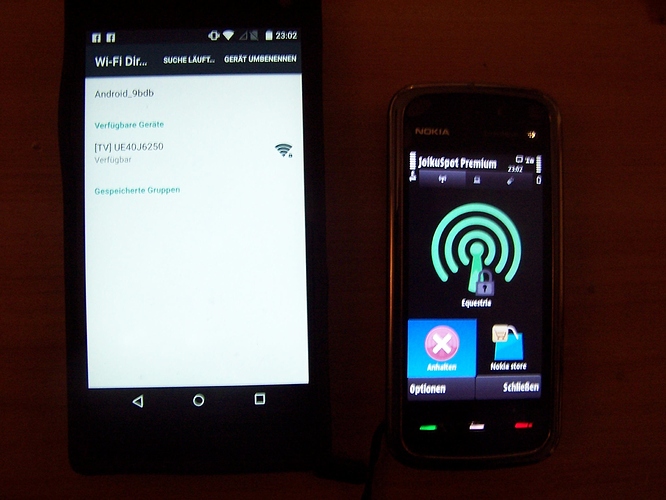