Before i would sent a message for my chinese family who lives in China. So i go to the keyboard android, and look at the different langages. But there is no chinese support!

My question is: Can we have chinese keyboard on fp2, and how?

Thank you for your help.

You can install apps for your keyboard if you want a language that is not included by default. For instance: Google Pinyin Input.

There are also apps that offer a completely different keyboard if you cannot find the right input method (or it does not work the way you like).

There is also this Chinese keyboard on F-Droid (#dic:floss ): https://f-droid.org/repository/browse/?fdfilter=chinese+keyboard&fdid=com.linkomnia.android.Changjie

What about the final four options in the languages settings? Is there really no Chinese/Mandarin among those? 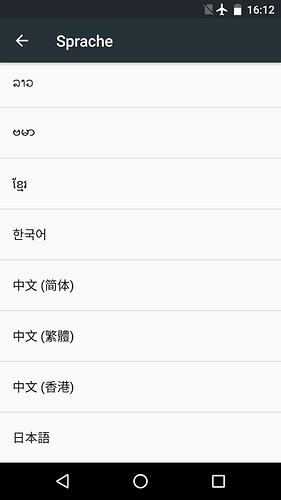 What about the final four options in the languages settings?

I’m on Fairphone Open OS (Android 5.1) and those options are neither showing up as a system language nor as a keyboard language.
Chinese seems to need extra effort, even GBoard (ex Google Keyboard) doesn’t have Chinese listed as a language.

Thank you so much for your answer.
I have n’t any google service on my fp2, before had but i installed the system without google. So no google keyboard.
I will try to found with Aptoid (same as F-Droid) to have this langage.

@urs_lesse : I have n’t the same in the keyboard content.

Thanks all, i’ll tell you later which way i found.
Best regard.

I will try to found with Aptoid (same as F-Droid) to have this langage.

For the record: F-Droid, unlike Aptoid, only features free, libre and open source software ( #dic:floss ).

Does anyone knows if also Pinyin keyboard exist?
No i joke !!

Can close the topic as solved?

I’d like to know if the Chinese characters are available on the Fairphone 2?
I’m about to get one, but this is really important for me, so should you be able to give me an answer, it’s be fantastic!

It is possible to install a keyboard on the FP2 as some users above already indicated. If you don’t mind using Google, there is Google Pinyin Input in the Play Store. It is compatible with the FP2.
If you want to use another input method there are Google apps as well.

The above problems ^ were mostly from people who installed an OS without Google software.