I am interested in your best practices for shooting high quality photos with FP2. After several attempts my photos got better, but not reliable. All to often the object of interest is blurred / the focal point is out of position. This happens too unpredictable - 2 photos taken one after the other deliver 1 good and 1 bad result.

Please find attached examples (good and bad ones) - in both cases I was tapping the object on screen until the preview was sharp and crisp - then I am using the physical button (which works better than tapping the display symbol) to shoot the photo. Always the same procedure - sometimes the results are good (like shown on screen), but sometimes they are bad (preview was crisp, photo is blurred). 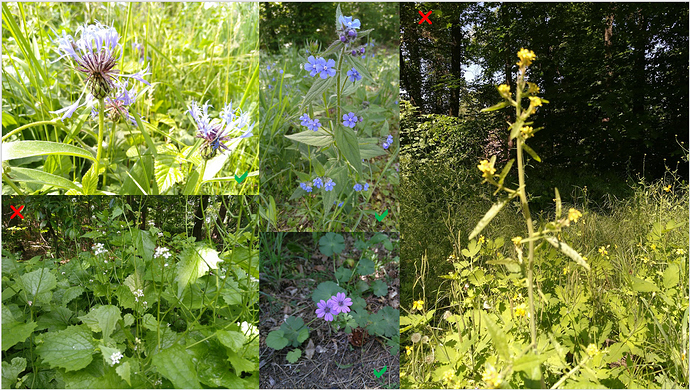 How to you make sure the photo always looks like shown on screen before actually taking the photo?

TBH I believe getting predictable results here is only possible with a tripod and a remote release.

I have a really good camera, but even there the result after pressing the button is never the same as seen on the screen before.

Hi Paula, thank you for your feedback. It’s new to me, that this also happens with professional equipment. It is frustrating to know that the device is able to shoot decent photos without being able to control the reults.

After I figured out that pressing the button instead of tapping the screen is delivering better photos, I was hoping that there are maybe some more known Fairphone camera “tricks” to improve the results.

I’m sure there are some tricks to improve some aspects of the camera, but what you describe and what I see in your pictures seems to be caused by movement which causes the camera to loose focus.
For me tapping on the screen (very gently) causes less movement than pressing the button, but every method where you have to touch the device will cause at least a bit of movement.

Feels like a camera forum is better suited for the (interesting) discussion and question. How about steady hand? How important is that aspect?

In my oppinion a camera forum is no better place for such a discussion. If someone has good practices to contribute, they probably are related to the Fair Phone, not to cameras in general. My intention is to use the Fair Phone as broad and diverse as possible, and not to buy another camera to take photos. The device is able to take very good photos, sharing pratcices of how to shoot them more reliable is highly appriciated.

After another session today, here my conclusions:

If the plant is moving only slightly by e. g. wind, the photo gets ruined.

And second, the focus has most problems to adjust correctly, when the plant is exposed and “standing alone” (in my example picture the right hand one) - with all the other plants in the background being in greater distance. In this case a good photo is nearly impossible and takes endless atttempts - even though these kind of photos are most appealing from an estetic point of view. I can’t figure out how to improve here, any ideas?

Well those two conclusions are really true for any camera.
With some cameras you can set the focus area very narrow so you can better focus on a slim plant, or you can switch to manual focus. But afaik there is no camera with a focus that can follow moving objects - well, maybe military cameras used in bombers.

@Nico_Steiner I think I know what your problem is. The camera refocuses when you take the picture, and sometimes it changes the focus to the background.
You can fix this by using Open Camera (also available on the Play Store) and tapping on the screen to set the focus before taking the picture (you get a green square around the focused area, and when you then take the picture, the camera doesn’t refocus, so you get exactly the picture you want). Moreover, Open Camera allows for many more adjustments than the standard camera app.

Are you saying the standard camera app doesn’t even have a tap-to-focus function?

Well those two conclusions are really true for any camera.
With some cameras you can set the focus area very narrow so you can better focus on a slim plant, or you can switch to manual focus. But afaik there is no camera with a focus that can follow moving objects - well, maybe military cameras used in bombers.

The current smartphone trend is to include 148917498145 cameras in the smartphone to make up for that. Another trick (which AFAIK/IIRC the SR-71 as well as paparazzi and professional photographers use(d)) is to shoot a gazillion number of photos, some of which are useful.