hi,
my phone stopped charging after I was out in the rain. It still worked but didn’t charge - the charging light came on but that’s all.
I opened it up and there was a little bit of moisture inside. I dried it out, and after a few days it charged again but very unreliably so I got a new bottom module. That seemed to fix it. Then I charged it overnight. Now it doesn’t turn on at all, the charging light doesn’t come on, no response, nothing.
I looked at the battery and it’s slightly melted at the top. No other visible damage inside the phone but I wouldn’t necessarily know what to look for.
My question is: is it worth getting a new battery? Is it possible that the battery was damaged by the rain and has melted when properly charged, but that the phone would still work with a new one? Or am I just throwing more money at it when really it’s just dead?
Thanks very much
Lisa

My question is: is it worth getting a new battery? Is it possible that the battery was damaged by the rain and has melted when properly charged […]?

Yes, it is (very) possible that the lithium battery was damaged by moisture/rain.
Yes, I would highly recommend to at least exchange this battery and bring the ‘melted’ battery to a professional disposal of dangerous wastes.

I looked at the battery and it’s slightly melted at the top.

If the battery is even slightly melted (or even blew up a tiny little bit) then the battery is damaged and must be replaced.
As a professional dangerous good manager I can tell you:
Since lithium batteries are high capacity batteries this is really dangerous since that small thingy can easily catch fire and even explode. The result is a metal fire/burning metal which is even a hard task for professional firefighters. Once such a metal fire started you can´t extinguish it with usual fire-extinguishers and insurances usually exclude their coverage for such fires.

Why Do Lithium-Ion Batteries Explode?

While lithium-ion batteries are, on the whole, incredibly safe they do very very occasionally catch fire or explode. When it happens, like with Samsung’s Galaxy Note 7 fiasco or HP’s more recent laptop recall, it’s always big news. So what’s going on...

I can´t give you an advice if only the battery needs to be replaced or if probably there´s still somewhere an issue about moisture inside the other parts of your mobile (or at least as a consequence of having moisture in there).
For this I´d recommend to let some professional check if the hardware of your mobile (except the battery) is still intact. I don´t think this can be proved just inside a forum by descriptions of the situation.

Hope this helps a bit …

Thanks DonFnord
That’s really helpful. It sounds like there’s a good chance that the battery melted a bit because it couldn’t handle being fully charged after it was (probably) water damaged? Rather than an otherwise fine battery being damaged by the phone, I mean. So there’s at least a chance that the phone might work if I change the battery (although of course whatever happened last night might have caused more damage to the phone I guess).
I’m not sure who I could get to check the phone, but I’ll have a look. In the meantime I’ll get another battery and keep my fingers crossed!
Can I put the old battery into a battery recycling bin or would I have to be more careful with it than that?
Thanks again,
Lisa

Can I put the old battery into a battery recycling bin or would I have to be more careful with it than that?

99,9% No!
I don´t know each countries laws and procedures about disposal of LI-batteries in such a detail level.
Due to the high risk of fire and explosion (and the other dangerous compounds contained in LI-batteries; this also is the case for other devices like laptops, e-bikes, cars, etc) they need a special treatment for disposal.
Contact your local (or your country´s) disposers/waste management companies/authorities for more information about this topic and how to proceed.
In almost all EU countries I know this is a service without additional fees (as long as you don´t want to dispose 1000 such batteries at once

PS:
Further information that may help: 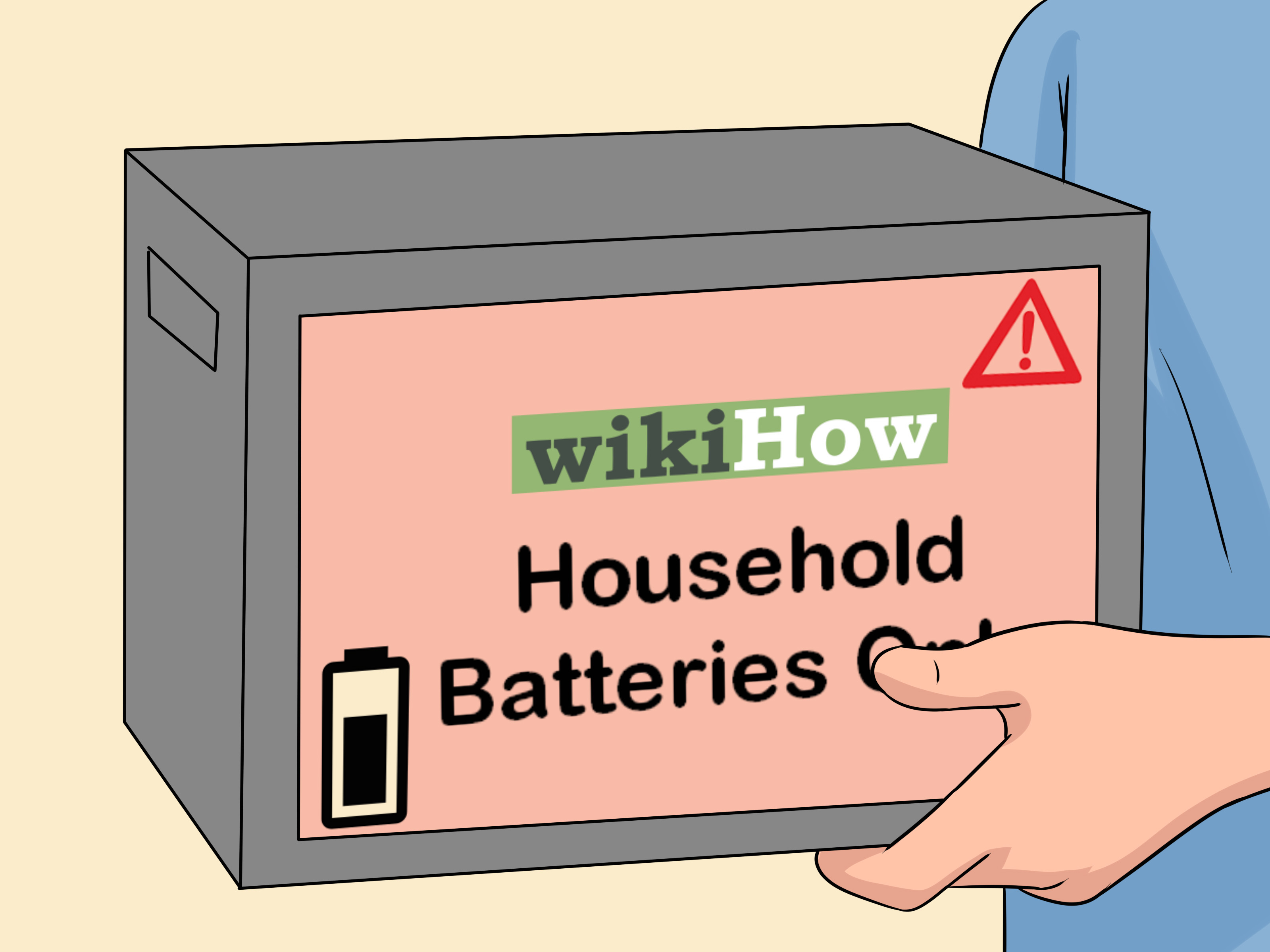 How to Dispose of Lithium Batteries: 14 Steps (with Pictures)

A guide for safely disposing of dead batteries Lithium and lithium-ion (or Li-ion) batteries are commonly used to power computers, cellphones, digital cameras, watches, and other electronics. Lithium-ion batteries are often rechargeable,... 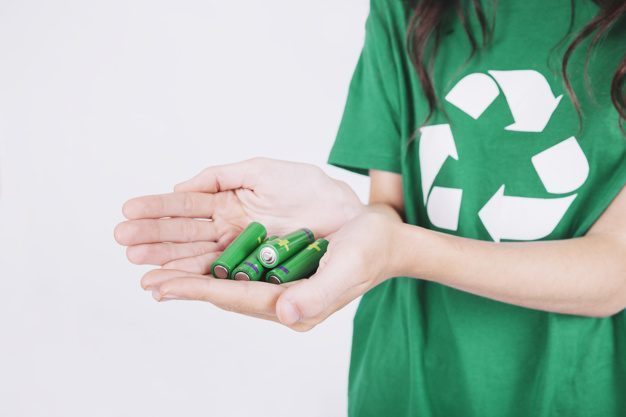 How to Safely Dispose of Or Recycle Lithium-Ion Batteries

Looking for ways to dispose of or recycle your used lithium-ion batteries? Here are 4 steps you can take to safely recycle the old batteries.

Can I put the old battery into a battery recycling bin

Hi and no! Although there is a recycling symbol on the battery this means, please recycle, and further as pointed out it would not be classed as a household waste for recycling. You probably can take it to any mobile phone shop.

Regarding the water damage. From your description it doesn’t sound as though you dried it for long. I would suggest a minimum or 24hrs in a flow of air for all the dismantled modules of the phone.

You may see if you have a #fairphoneangel you can arrange to meet that may have a spare battery etc. and can help discover the issue.

I see from an earlier post that you may be in the UK. I’m in Cornwall ‘near’ Plymouth and will be visiting Bristol in a couple of weeks. So if you haven’t sorted it soon you may like to contact me.

Thanks both of you, that’s really helpful.
I’ll take the old battery to a phone repair shop - my habit is definitely to just leave old phone batteries in a drawer instead. I can’t imagine what I think I’m saving them for!
I didn’t know about fairphone angels. Unfortunately I’m a bit too far north to get to Bristol very often, but I’ll get in touch with the north england group if a new battery doesn’t sort my phone out.
Thanks again,
Lisa

I charged it overnight

Hi Lisa,
Once you’ve got your phone working again (

) I would advise against charging overnight. Doing so implies you’re taking the battery up to 100% each charge. This practice makes for a shorter battery life, so when you don’t need to go all the way, stop charging at 80% or less.
The same goes for discharge: avoid letting the battery go below 20% when you can.
More info here.

Aah boo. The new battery arrived but the phone seems dead - no charge light, nothing.
I’m guessing whatever caused the battery to melt has damaged the rest of the phone - although there’s nothing visible.
I’m a bit out of ideas - any thoughts?
Thanks very much

I was forgetting that the phone got wet.
You might like to check out some of these topics, in particular the guides.