… and never has been. How about swapping your Farphon with my Firphone?

Heh, I’ve actually been thinking about ripping off all the letters off of my phone since I don’t fancy that bright looking branding. Will you keep the rest of the letters on?

I no longer have a Fairphone. I’ve got a Farphon

better than a fartphone ;D

Will you keep the rest of the letters on?

After becoming at FAPHON this morning, I’ve now pulled the rest of the letters off. Am considering if I paint the letters back on

“Change is in your hands”

The glue is so easy to peel off BTW. It’s that soft rubbery stuff so the letters really do just peel off, and with a craft knife you can lift the glue off without damaging (it pulls away). It’s really not suitable for this kind of use. Am not sure why they opted for this solution over printed letters since they went to the trouble of embossing/molding the letters into the case.

And how did that not come up as an issue when the staff have had them in their hands before mass production?

Not a question for the forum, but as an advocate of Fairphone and the objectives, it really isn’t the best example of longevity planning.

What ist this circle-ish thing on your backcover? did you had a round sticker on your cover and by removing the sticker, your removed the “E” accidentally? Or is there something behind the cover?

Wasn’t that an issue with the demo phones, that were used by the angels for their meetups and demonstrations to the public? I guess, they would have said so.
Maybe something changed or it’s a bad batch regarding the glue?

Another explanation could be, that other glue would gnaw at the material of the cover, as this is made from recycled stuff.

What ist this circle-ish thing on your backcover?

It’s a magnetic thing for holding my phone in the car - I use google maps to navigate. It’s inside the cover so it’s not related to the letters at all.

Wasn’t that an issue with the demo phones, that were used by the angels for their meetups and demonstrations to the public? I guess, they would have said so.
Maybe something changed or it’s a bad batch regarding the glue?

Perhaps. I don’t know the experiences of those that had the demo phones.

Another explanation could be, that other glue would gnaw at the material of the cover, as this is made from recycled stuff.

Again, perhaps, but begs the question why use glue at all. It could be a bad batch, but from my examination I would say not. It’s not that the glue isn’t sticky, it’s the wrong type for the job altogether. Maybe the heat from usage has had an effect - although it’s nowhere near as hot as my FP2, I do hold the phone a lot for calls.

Every time I’ve lost a letter, I’ve noticed it when I’ve taken it out of my pocket. So my assessment is that because the glue is flexible it allows the letters to move out of shape and catch, and it’s this friction that’s pulling them off.

I’ve logged with support anyway, not because I want a new cover because there is no point if they fall off again, but I’ve logged because they need to examine their manufacturing and improve for other batches.

Would it be possible for you to upload a photo of your Fairphone without any of the back letters? I’m interested in what it looks like.

Sure. It’s not a great shot and the lighting isn’t great right now 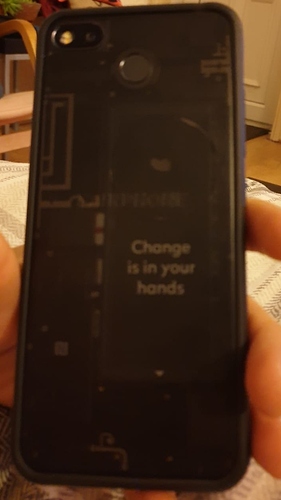 Well, the marketing effect is lost, when placing the phone on the table, the display facing down.
But otherwise; I do like this look to be honest.

At least it is voluntary now, as you need to voluntarily ask for a replacement

(I’m not a fan of branding in general, but the smaller/less obvious, the better.)

I believe I do most marketing for Fairphone during commute

ah, I am not the only one with a farphone anymore!

My wife has a firphone after using it for 3 weeks. I hope the rest of the phone will have a better quality.

How about rainbow colours?

Ohh that’s a neat idea. Will have to have a think about that 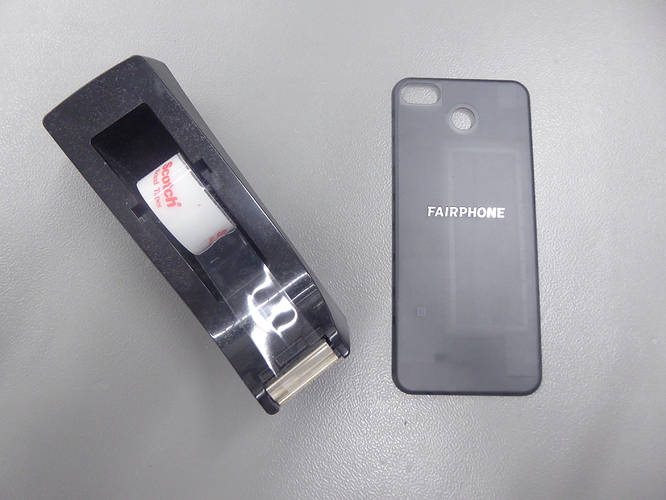 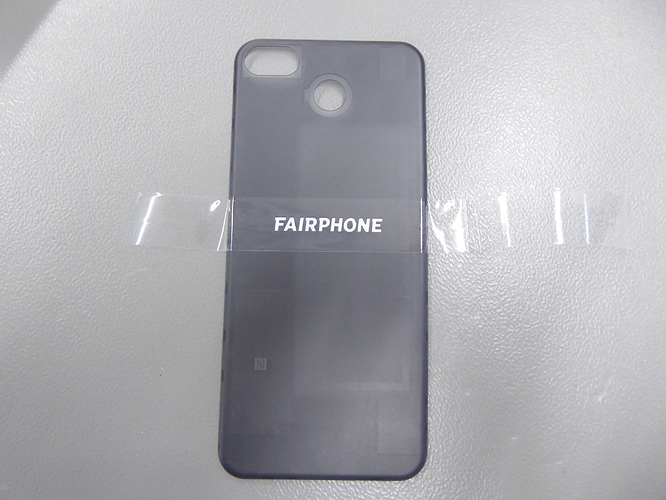 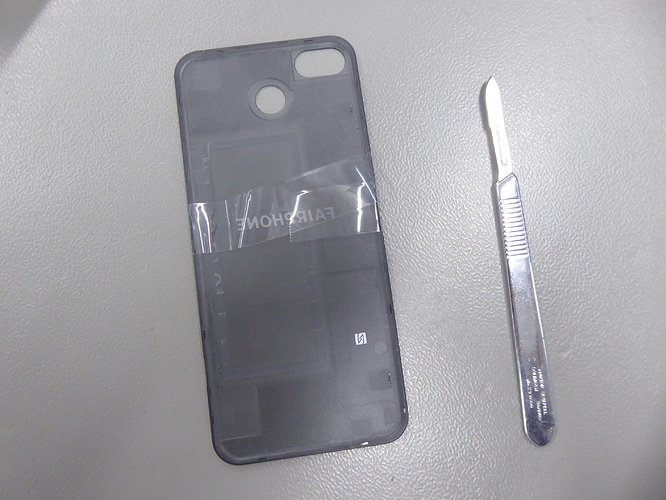 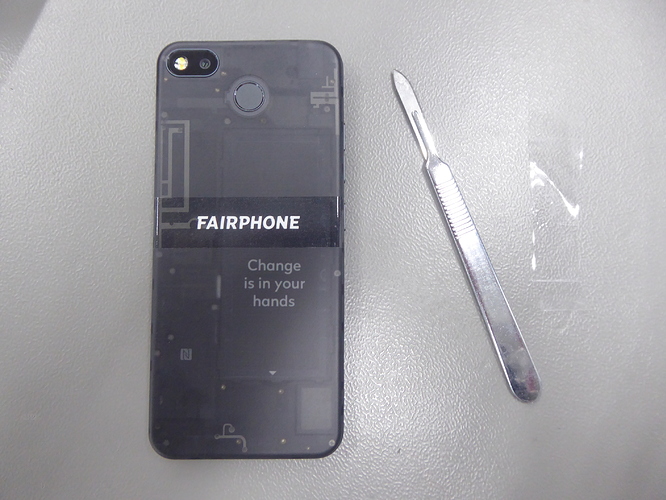 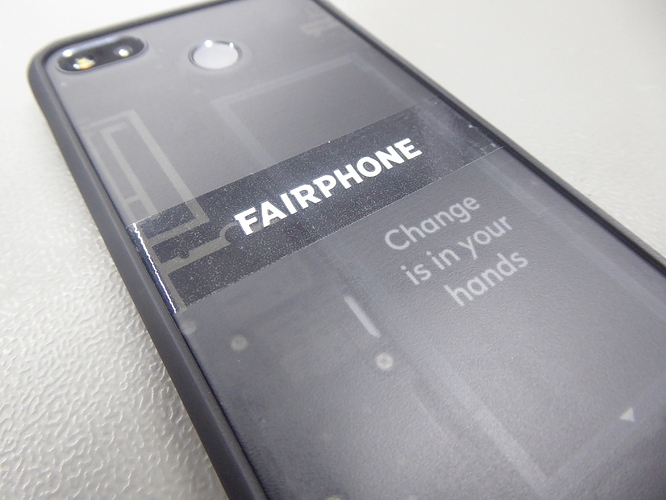