Hi, my #fp4 doesn’t go lower than 30% when unlocking my phone at night. I was expecting that the phone would learn this preference, but after a week it still doesn’t go to 0% at night. The screen of the #fp4 can’t really go very low anyway, with auto brightness at a minimum of 30% it’s not great for my eyes

I’ll contact support to ask if this can be improved. For those who want lower brightness than the phone default, Android 12 includes an option to go down a notch further (not sure if it’s Pixel exclusive though). So maybe in the future that will come in handy.

In iodé, for example, with the lastet fix to this issue, it’s woking well and as expectetd.
In a completely dark room, goes down to 0%

Moving from a bright via a darker into a bright and completely black area:

When I compare stock FPOS and Calyx on two FP4s directly, CalyxOS can be set considerably darker.

my wife and I are proud owners of the new FP4 and enjoy it hardly.

However, the minimum screen brightness at night is a bit too high.
We would appreciate it to make the screen even darker.

I saw the topic regarding the the minimum screen brightness of the FP3 and the problems which occurred with the automatic brightness adjustment.

Does the FP4 suffers under the same problem, which is why the minimum was set so high?
Or is it possible that you simply adjust the minimum via update?

Thank you very much
Rick

Just as a quick example of what could maybe be possible (excuse the awful Nexus 4 camera quality): 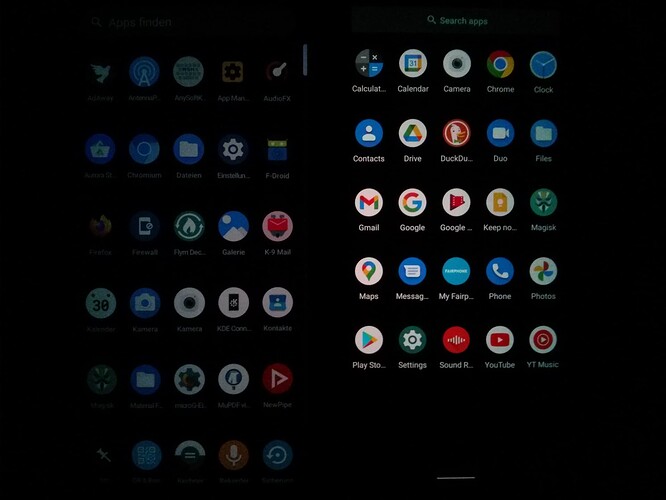 The FP4 on the left is running Calyx A12, the FP4 on the right FPOS A11, both with Night Light disabled and at their lowest possible brightness setting.
Even if it might not be completely apparent, there is a significant difference in minimum brightness, so there is the possibility for improvement.

which is why the minimum was set so high?

Not really. The minimum brightness has been deemed to high for some people. There was an attempt to lower it and at the same time adjust the automatic brightness. This failed in that the auto brightness made the screen effectively turn off with the lower settings.

The only resolution was to undo the update so it is back to how it was.

It’s a personal issue, unless soem phones are different. We have two FP3s and an FP4 in the family and everyone thinks the lowest brightness is fine.

which is why the minimum was set so high?

So no it’s not high, it’s the usual default. Whether it is personal or your phones is debatable.

Apparently there are apps that can override the Android 11 settings but it may require rooting the device.

Maybe try to turn nightlight on, I have it always on on the FP3, because for me its also to bright (was the same already on the FP2). Its not perfect, but I would say with nightlight on its better.

So no it’s not high, it’s the usual default. Whether it is personal or your phones is debatable.

Hmm usual default for the FP4. However, It’d be nice if one could change the default. I don’t think that our both devices are somehow brighter than the default ones.

Apparently there are apps that can override the Android 11 settings but it may require rooting the device.

I’m currently not planning to root the devices, as some apps require it not to be so.

Maybe try to turn nightlight on,

Thanks for the suggestion. I already have the nightlight on. I can confirm that this feels better but is still too bright in our eyes.

While playing with the brightness slider, I observed, that the first half centimeter of the slider doesn’t change the brightness at all. Maybe someone can confirm this behavior.

Here is a site that offers ‘solutions’. In the first 10 only one requires rooting.

Haven’t tried any of them ? 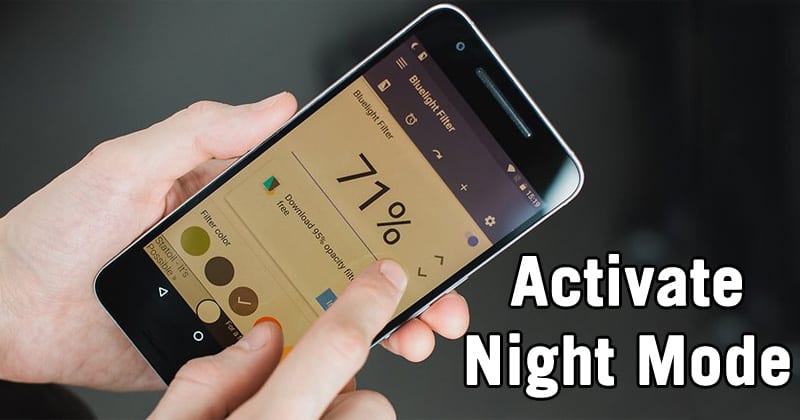 How To Reduce Android Screen Brightness Less Than Minimum Limit

We are going to share a trick on reducing your android screen brightness less than it's minimum limit, we had listed 20 apps that will help you to

While playing with the brightness slider, I observed, that the first half centimeter of the slider doesn’t change the brightness at all. Maybe someone can confirm this behavior.

I can confirm that behaviour, but it’s the same on all 3 Android devices I have access to at the moment.
My guess is that’s there to account for thumb thickness

F-Droid is an installable catalogue of FOSS (Free and Open Source Software) applications for the Android platform. The client makes it easy to browse, install, and keep track of updates on your device.

It removes some of the contrast

There’s no ‘bedtime mode’ in my A11 on FP3. There a Night Light which tints amber but no grey option and no adjustment.

Maybe you could point your discovery out to the OP?

It’s in Digital Wellbeing, which should be part of a default Android install. It creates a black and white filter as well. But the brightness is only slightly minimized by it IMHO.

Ah! Found and enabled it.

There’s a black and white mode and maybe the default amber but no manual change to the depth of brightness/contrast to normal colours.

I had the same issue using the app I mentioned as occured with the previous FP3 updatre where the screen went dark in the day.

It seems the app disbled ‘autobrightness’ sort of make sense, but then for some reason, maybe it was on and then put in my pocket, the screen was dark ‘black’ and even in the sun would not adapt.

I had to go somewhere vcery dark to be able to see anything when I swiped down from the notification bar.

Ok manged to get brightenss and uninstalled the app.

I am another new owner of a for and I can confirm that the problem is still there.
The automatic brightness control goes only down to somehow 30%. Using manual control I can go much lower. So this looks like a bug in the automatic and there will be no app as a solution

Hi, I continually need to adjust automatic brightness on my Fairphone 4. It is most easy to reproduce in complete darkness: The brightness adjustment slider is then at about 30 %. It is too bright, I have to adjust it down to zero. If I use my phone another time in comlete darkness, it is at 30 % again. This is also the case in other (brighter) environments, the screen is always brighter than necessary. This drains the battery and is annoying in dark environments. Is there some way to adjust brightness to have it still automatic, but generally darker? Thanks…