When browsing www.fairphone.com, I regularly see problems on the site / bad german translations.
I want to help make the site work better, and after I just discovered the “Eagle Eye” badge on the forum today, I’m even more motivated!

So, let’s start. I’m going to split this list into two parts:
1st: Problem part. Here we have problems that encounter on the site (it’s possible that they only occur in German, since I don’t want to update my preferences to every laguage all the time)
2nd: Bad German translation part. This is acutally pretty obvious.

To be fair, I don’t know how this site is translated, but it’s probably done by this crowd-translation-everyone-translates-a-single-sentence-thingy, which is probably good for apps, but not good for websites, because you have context here which the translators don’t know, so sometimes strange things happen.

Hey @Stanzi! Thank you for taking your time to write such detailed and well-structured feedback! Of course I will make sure this ends up with the right person.

If you set your language to German, in the top left corner it says “DE”, but with a british flag beneath it

The flag seems to represent the country, set by the visitor of the website, while the abbreviation (“DE”) indicates the content language (“Deutsch”). (E.g., you could live in England but, as an Austrian, you might feel more comfortable with your first language.) 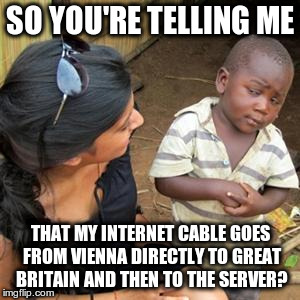 Um … at least you seem to use a completely wired internet connection when you are talking about one cable!

@Mastermind Whoops, apparently I didn’t nachgedacht about that

I’d like to point out (again) that the German translation of the website is not satisfactory. I don’t know who is in charge of this at Fairphone, but considering Germany is the most important market, I’d put more effort into the translation if it was up to me.
I’d be happy to do some proofreading!
@rae

If possible, could you perhaps provide a few links to specific pages you find problematic? It would be useful for me to share some examples when I bring this forward. Thanks for flagging.

did you check the error list in the forum?
There I - for example - listed the support-page for two major typos, that I caught at first sight, since they are in major headlines:
Kundeservice -> “Kundenservice”
Komm’ins Team -> “Komm in’s Team”

I did not read the whole page.
But that kind of typo in a headline makes it extremely likely, that there will be more of this in the text.

It should be “Komm ins Team”.

Two German translation errors are listed in the wiki mentioned above, which are now fixed. @hnms were there others you spotted?

I have also shared this diverse list with several colleagues in different departments, so between us we will look at these items and remove what we resolve.

Thanks to you all! Much appreciated

German translation errors are listed in the wiki mentioned above, which are now fixed

It should be “Komm ins Team”.


because now it’s “Komm in’s Team” although it should be “Komm ins Team” without the ’ sign!