I let my FP1 repair and and I got a new motherboard. I installed all apps again, and so too with the ARTE app (ARTE is the famous French-German cultural TV broadcast). But now ARTE videos don’t work anymore : After few seconds a pop-up window appears and says

The video quality isn’t compatible with your android version.
The video will be recharged with an adapted quality.

Then the video goes from MD to HD, then the same pop-up window, then you switch on SD and again the same, and even switched on AUTO it’s the same. So it doesn’t work.

Already checked : I’ve got the last Android version, there is no update avalaible. And before I got the FP1 to repair everything worked fine with ARTE. And everything works fine with the other video apps.

Does someone has an idea ? Do I have to install any video codec ?

Just for an explanation approach: do you have originally a First-Batch FP1? Then I think your new motherboard (incl. CPU/GPU unit) is changed for the FP1U-version, which do have a higher spec-ed CPU/GPU unit. Thus it could be that here you could start to look for a difference before/after.
But for a solution I cannot help out.
Is it a special Arte-App? Or browser based (as “flash” or HTML5)? …
Cheers, Robert

Thanks for answering therob, no my FP1 is a second batch (got it at the end of December 2014).

And yes, it’s a special Arte-App (videos are working only in France and in Germany, eventually in Belgium, Luxemburg and Switzerland).

I just had a look at the Play Store and saw that the arte app was updated on November, 26th. Maybe this updated version is buggy? You could try to get an older version, one that definitely worked on your FP before.

There is a mail address hidden on the store site. If all fails, you can still download the films from their side directly.

If you send them some info about your phone (Android version, chipset) they might can tell you what’s going wrong. It was last updated Nov 26. Not sure if they changed to a different API, but they still say “4.0 or higher”.

The apk-downloader is not working, so I cannot test it on my google-shop-free phone right now. Maybe other people can report back here if the app is still working for them? 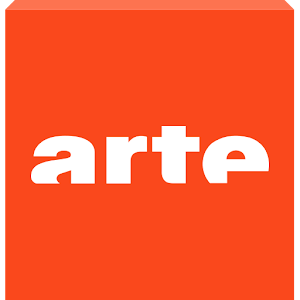 I tried earlier today, but I got non-informative error message (I don’t recall the exact wording in German, but the English translation would have been ‘An error occurred’) when I tried to play video. As I’m not in any of the countries that are mentioned above, I was assuming it had to do with that.

PS.: I’m in Austria btw. but the app description says that only videos are displayed that are licensed for my region, so this shouldn’t be a problem.

I just tried the alternative app MTCast which works perfectly with the German arte+7 (and some other German TV archives). It’s not in the Google play store anymore, I downloaded the apk directly from http://sofalabor.de/. So the problem with FP1 seems to be the official arte app, not the arte+7 content.