I just read the news that the latest iPhone models will no longer come with an adapter and earphones. I immediately thought it was a great idea as Fairphone does the same and most people have these accessories already. Apple claims they also will be be able to ship more phones at a time as the boxes will be smaller.

There appears to be some criticism that this is only a money-making ploy rather than an actual attempt to save on materials and CO2 emissions. What do you think?

I also think that this is about margins and not about the greater good.

If it is, is it still possible to rejoice over it? And is it a good trend that companies are starting to use being ‘green’ as an excuse for doing what they do? You might argue it means being ‘green’ is more in demand with the bigger public now?

I agree about the motivation, but the measure is good nevertheless.

Fairphone’s goal was to show other companies what was possible to do, and to bring some fairtrade to other companies, so that it became a standard (my point of vue of course). I think they did quite a good job.
Today, Fairtrade and modularity have become marketing arguments, because it attracts more and more people. So Apple start investing a bit more in the fair part so that they attract more people. But all companies will start becoming a bit more green to please the customers, and even Fairphone use their greenness as marketing.
I think you can’t really go against this in a capitalist society (but this is a bit another subject).

I think it would be helpful if (at least) we keep “fairtrade” and “sustainable” differentiated. Fairtrade is about working conditions, not about the environment.

You might find me pedantic here, but I think it’s already a problem that many who get to know Fairphone for the first time arrive in this forum with ideas of “fair” that differ completely from what the “Fair” in Fairphone is actually about. Some think the “Fair” stands for “friendly and as cheap as possible for me (the buyer)”, others think the “Fair” stands for open source. Let’s keep the original definition somewhat precise and treat other aspects as additional causes.

Well, I wouldn’t at least put it beyond Apple to do it for more than one reason.
Environmental issues need not be excluded. If those are followed out of conviction or because it is a great sales argument, who knows. And - to me - this is not really important.

As long as someone is doing the right thing, I won’t judge motives.
Though I wish for the “right” motive or conviction, why limit impact by just accepting such noble causes?

Well, not only “imitation is the sincerest form of flattery” but also “if you can’t beat them, join them!” 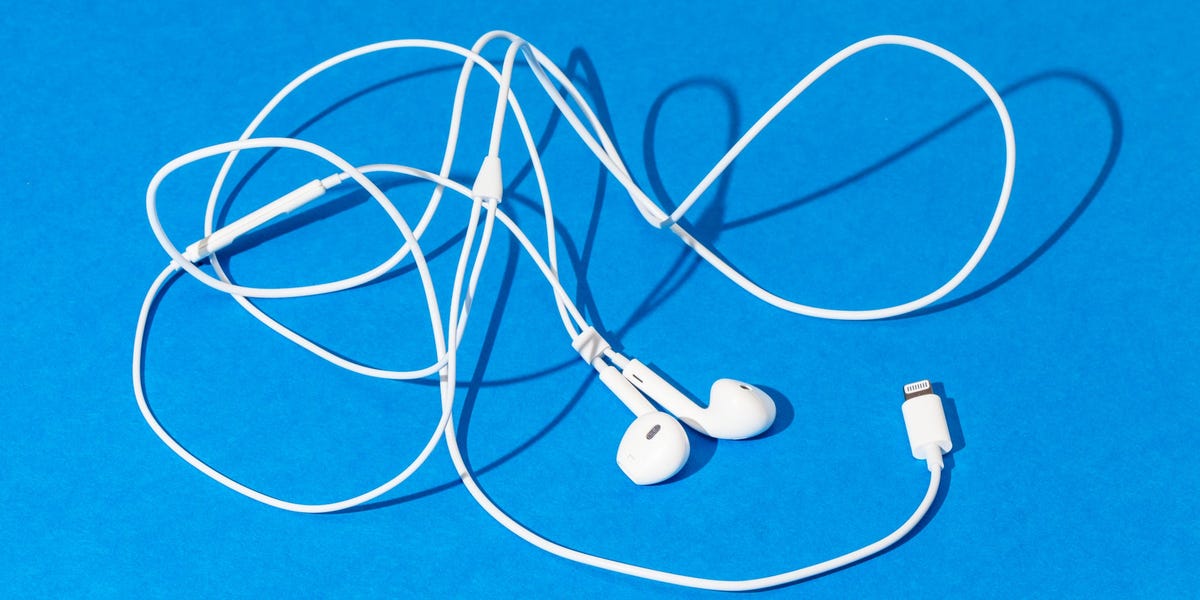 For the first time ever, Apple's next iPhone won't include wired earbuds or a...

For the first time ever, Apple's next iPhone won't come with wired headphones included in the box — a nod to the explosive popularity of AirPods.

The new iPhone 12 won’t come with a charger or a headset, just like the Fairphone! Yes, Apple are copying Fairphone and saying it is because of trying to reduce their environmental footprint. So, it looks like Fairphone really are having a positive impact on the smartphone industry!

In fact, Miquel is referred to in this report from last week:

Will Apple's 'Eco-Friendly' Plan to Nix Chargers Actually Help the...

Apple claims its decision to discontinue shipping charger bricks with new iPhones was ecologically motivated. But how much of an impact will it really have?

The cynic in me says they’re only doing this to increase profit margins as they can cut costs on the main item and sell the accessories for higher margins. However, the realist in me says that the end result is still less e-waste, which is a good thing

Hi madbilly, I moved your post here as Linn’s earlier topic has already sparked a discussion of the same issues.

I saw the “it’s all about money” quite frequently on social media. And some people seemed to insist that Apple just has to put a charger + cable into the box. I don’t get that, I mean, it really is the case that almost everyone already has those. I don’t see the point in having a crappy charger lying around only because it came “for free”.

I think one positive by-effect of this might be that Apple will find it harder to justify themselves should they introduce yet another new non-compatible port on coming iPhone generations (an exercise Apple has really driven to extremes). As long as they kept including a charger and a cable with each and every new iPhone, buyers (at least those who didn’t care that much about sustainability) didn’t mind when their new device had yet another new connector. But once Apple delivers the devices without these accessories, even those customers will notice.

Hi @urs_lesse,
That’s odd, I was certain I didn’t find anything when I searched for existing topics before I posted mine!
Oh, well, doesn’t matter really, we’re all talking about the same thing.

My thoughts: yes it’s a marketing ploy but if the end result is the same then does it matter? That’s the point of responsible/ethical consumerism - changing the behaviour of companies by us choosing to spend our money in favour of positive change.

If Apple gave a damn about the environmental impact of their business practices, they’d put a headphone jack on their phones and make a user serviceable device. As I see it, they are using an insincere narrative, environmentalism, to gladhand the public about their ongoing phasing out of wires and international standards in favour of proprietary Bluetooth setups and other wireless tech - which has much better margins in the long run. As things are right now, you can still buy a generic set of headphones and hook it up to your iPhone with one of those dreadful dongles; with Bluetooth as the only option, you’ll be locked out of a huge section of the market as every manufacturer will need to pay for a license (about $7 a piece) to make their devices iPhone compatible.

Which will mean more expensive peripherals, more vendor lock-in, less compatibility, and of course more lithium and cobalt for ever more battery-driven devices.

All of which makes the world a worse place to live - unless you’re one of Apple’s shareholders.

The iPhone 12 Ships Without a Charger. Will It Curb E-Waste?

Apple’s decision to skip the charger and EarPods sounds like a step that would reduce the company's environmental footprint. But it’s not that simple.

Side note: Given (even) Apple cannot openly violate (every) national law, earphones will still be included with the new iPhones in France. You might remember how we found out about this law when the Fairphone 3 was launched and the “French package” included earphones as well (different from the modular earphones and never available in the Fairphone shop). 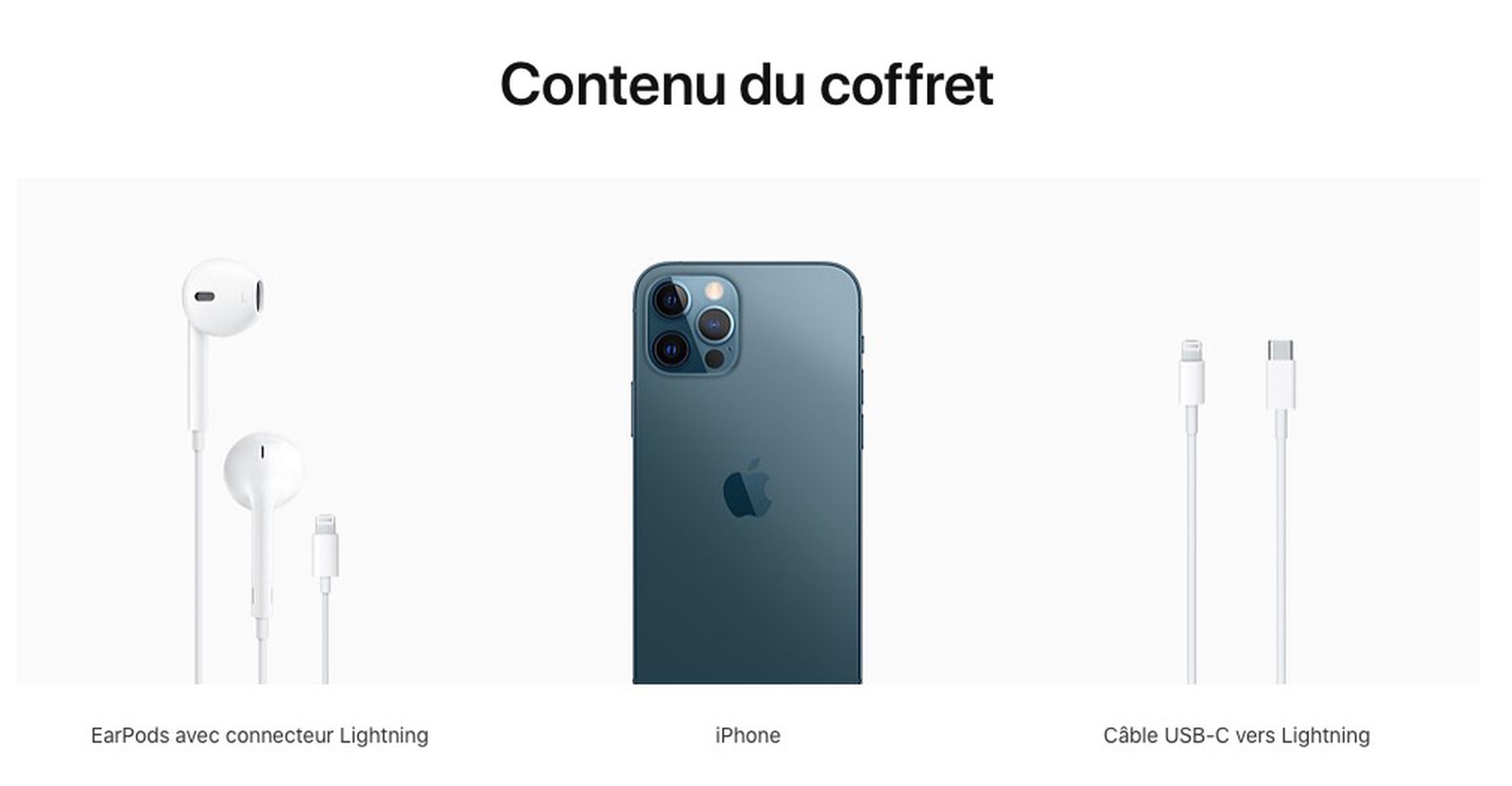 Apple is still including EarPods in the box of every iPhone in France due to legal obligations. According to Apple's regional French...

The article actually includes a direct link to the French law, might come handy one day.

It seems that other major players are following now: 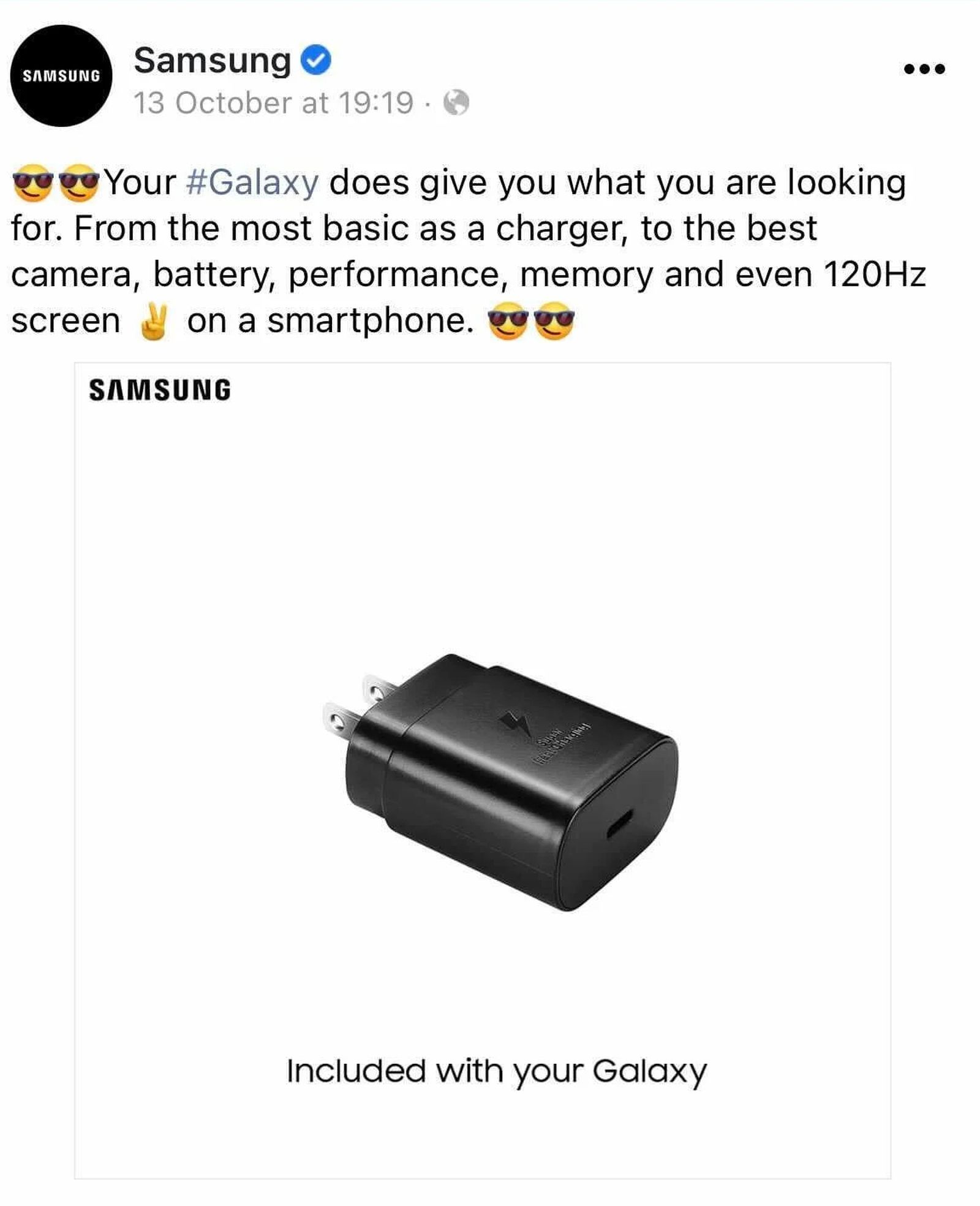 Samsung and Xiaomi Plan to Ship Upcoming Smartphones Without Charger After...

Despite mocking Apple for no longer including a charger with the iPhone, Samsung and Xiaomi are now expected to follow suit and remove the charging...

I still think it’s a good move for the environment. And I also think it has the good side-effect that it will make it harder for companies (especially Apple) to come up with a completely incompatible new port every year or two – buyers will feel it a nuisance to have to buy new accessories instead of having them included in the box. (Oops, I now realize I’m repeating myself here

Like FP documents say, core takes 70% of total phone pollution process. This is a marketing choice, Apple shouldn’t make 3 new useless phone every year with none new exciting feature and then we can talk about sustainability. I don’t mention the topic of overpriced phone/accessories or the child factory in Fox*** or jack-port issue/bluetooth compatibilty like some of us has mentioned …

You don’t have to buy this ‘useless phones’ every year as yau can use your old iPhone for about five years with full software support. Something that even Fairphone is not able to provide.

@urs_lesse @SimplyBrainy I believe you’re both right.
It is slightly better thing for the environment, be it a marketing argument or not. Of course it is not enough, but if Fairphone has managed to encourage big players to do so, what will be next?
I think it can actually be considered a good thing it has become a marketing argument: it means the demand looks after such things, and the mindset has changed a little over the years. And I believe FP has taken part in this.
Also, you can’t deny that anything positive for a company will be used as a marketing argument in the capitalist world. Fairphone use their ethics as a marketing argument. Is it surprising? No, I don’t think so. Is it good? All depends what you call good. If it helps change the industry, why not?
Although I still believe a more global change is needed, it is a step forward.