sometimes the phone does not recognize plugging / unplugging a headphone…

I have mine a few days and I’m absolutely loving it.
Before the FP3 I had the FP2 which was also a really great phone (especially with LineageOS) and the FP3 is such a huge step forward compared to the 2.

I have no issues with mine.

About the OS functionality; keep in mind that the phone is really new at the moment, I’m sure in a few weeks (or month) there will be a Lineage port or the OpenOS and everything missing from the FP2 will be there

Coming from Android One:

I have mine since last Friday and I love this phone! I have no real issues at all. Two things are a little bit annoying:

What I really like the most about the Fairphone is the back cover. With all those fancy phones, I have the problem, that they tend to slip out of my hand because of of their glass and aluminum back covers so I had to put them in silicon or rubber cases. The Fairphone back has a lot of grip also with my very dry hands. It also has a nearly perfect balance point. If it sits in my hand it sits. 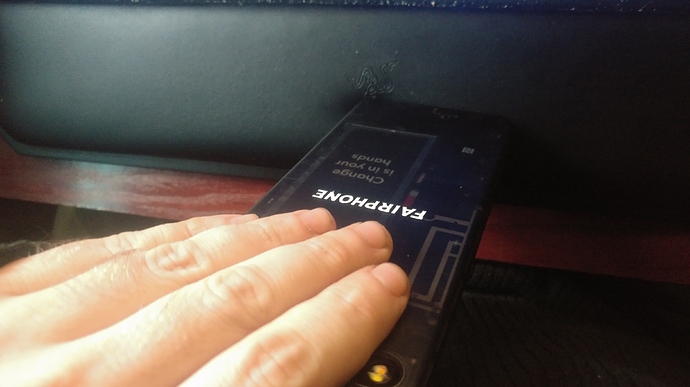