Any way to keep screen off when connecting/disconnecting charger?

Is there any way to prevent the screen of FP4 from turning on every time USB power is connected/disconnected? It’s ok if it’s a 3rd party app that allows it (though honestly that should be a built-in option, if any developers are reading it, especially with the “environmentally friendly” image of the company), but I don’t want to root my phone if that means I’d lose warranty.

The reason I need this function is because I have a dynamo USB charger on my bicycle, and I would like to be able to charge my phone there, but every time I have to stop for a red light the power supply would be interrupted, and having the screen turn on and off again all the time is counterproductive in that situation, especially considering that the charging current is 1A at most, and usually less than that. So having the screen on would discharge it more than it’s charging when I ride in the city.

Hi 256shadesofgrey and welcome to our forum

There’s an app called SnooZy Charger that seems to address situations like yours. It’s not available on Google play so you might want to check reputation before installing. Open source.

Another way of approaching your problem would be from the power supply end. You might look into the possibility of stabilizing the supply by running the dynamo’s output through a capacitor or a powerbank.

I expect @amoun will have some good ideas.

As for the supply end, the less I have to carry with me on the bike the better. And all buffered integrated solutions use batteries, which creates the same problem that made me buy a Fairphone over a Samsung in the first place. I hate planned obsolescence.

all buffered integrated solutions use batteries

No, as I suggested, there are solutions that don’t use batteries, but capacitors instead. Capacitors don’t “wear out” like Li-ion, Ni-based chemistry and so on. Well-built ones also hold charge more or less indefinitely. My bike has a hub dynamo and lighting that stays on for up to 3 minutes. What’s more after not using the bike for weeks, I can turn the lights on without moving an inch. I’ve had it for years and it still works like it did on the first day.

Have a look at this for e.g. 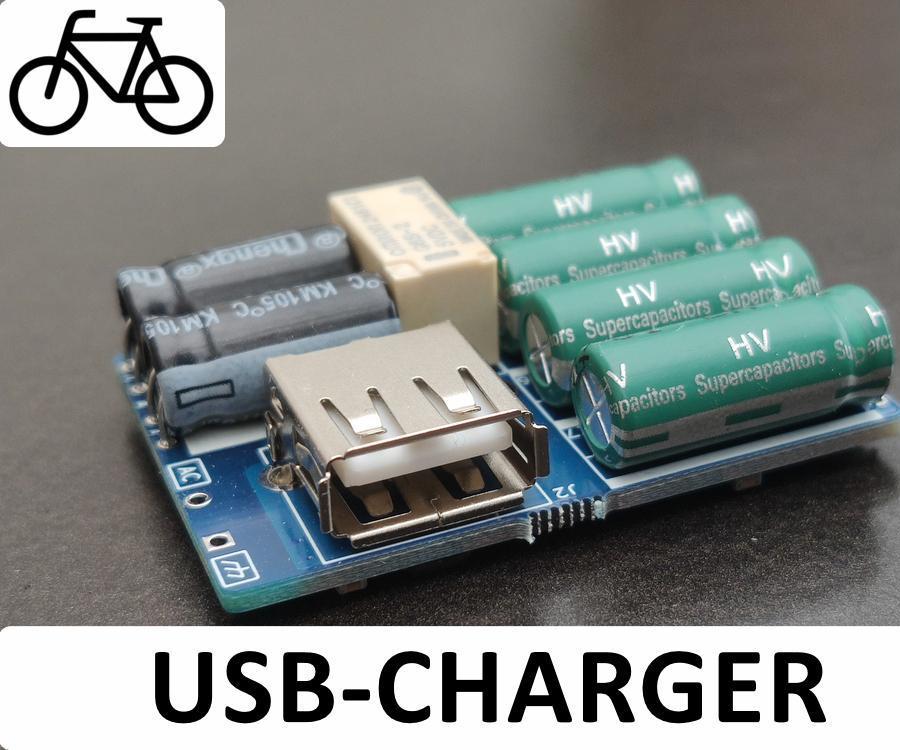 DIY BICYCLE USB CHARGER "Fahrradlader V3.1": Hi, in this Instructable, I want to show you how to build a powerful and intelligent USB-Charger for your bicycle hub dynamo. With this charger you can simplify long distance traveling with your bicycle,...

It seems you have suitable solution so there’s little useful info I can add.

I was happy with just a dynamo, but did consider a small ‘lead-acid’ battery at one point to keep a small charge for when I may stop in a dark place.

RE the loss to the screen.
I only have an FP3 and the screen only stays on for 8 seconds, irrespective of whether my timeout is 15 seconds or 1 minute when I plug in the charger.

I would doubt that such screen usage would have much impact upon the phone battery for such short durations.

However for those interested in power consumption of phones this may prove of interest.

Just like yours, my lights also have capacitors and stay on for a while when I stop. But lights don’t need a stable power supply. It’s a bit more complicated when charging a phone, because you can’t just let the voltage drop to 1V and expect the phone to continue charging.

Your example of a charger is also hardly an integrated solution. It’s a box (or rather actually 2 boxes judging by the picture from your link) that is dangling outside. To make it integrated would require at least redesigning the PCB, so that the electronics fit inside the fork, and that is a bit more DIY than I’m comfortable with. Not to mention worrying about serviceability of the fork (i.e. making sure you can remove and re-install the charger without damage to it or the fork) and protection against rain and mud. The only actual products on the market that exist in that niche and where all that was taken into consideration are Cinq Plug 5 and B+M Luxos U. Both of them use batteries. Everything else I came across in my research is either unbuffered, or a DIY project. And even among DIY projects I haven’t seen any integrated capacitor solutions.

And honestly, it’s backwards to use smart electronics to bypass “smart” software features on the other end. It’s much more appropriate from the engineering standpoint to just disable the “smart” feature in the software.

Anyway, this thread is not about bike electronics, it’s about basic functionality of the phone that is missing.

When the screen is on, it’s the biggest power hog on the phone, especially with modern super efficient SOCs. But thanks for the reply anyways.

basic functionality of the phone that is missing

The best way to get that put right would be to contact support with a feature request.

But lights don’t need a stable power supply. It’s a bit more complicated when charging a phone, because you can’t just let the voltage drop to 1V and expect the phone to continue charging.

That’s partly true, but then the lights wouldn’t work at 1V either, so I would have imagined if the capacitors you have can power a light then they can power a phone.

You say you have a USB charger connected to the dynamo, so maybe it already takes 1V and converts it.

Usually a USB charger takes a higher voltage, even a variable and reduces it to 5 (for example) There is no reason a dc to dc converter cannot take a variable voltage from 1v to 9v and provide a regulated output of 5V.

Anyway as you pointed out this is not about bike electrics . . .

The front light turns off the high power LEDs and 2 of the 4 signal LEDs to stay on for just a few minutes. So no, those capacitors would not be enough for a USB charger. A big bulky box of those would be required, like in the article linked to by @OldRoutard .

Interesting to know about this option missing in stock Android 11 on FP4.
As I set it in /e/ OS I assumed if it was implemented there it would also be available in Android 11.