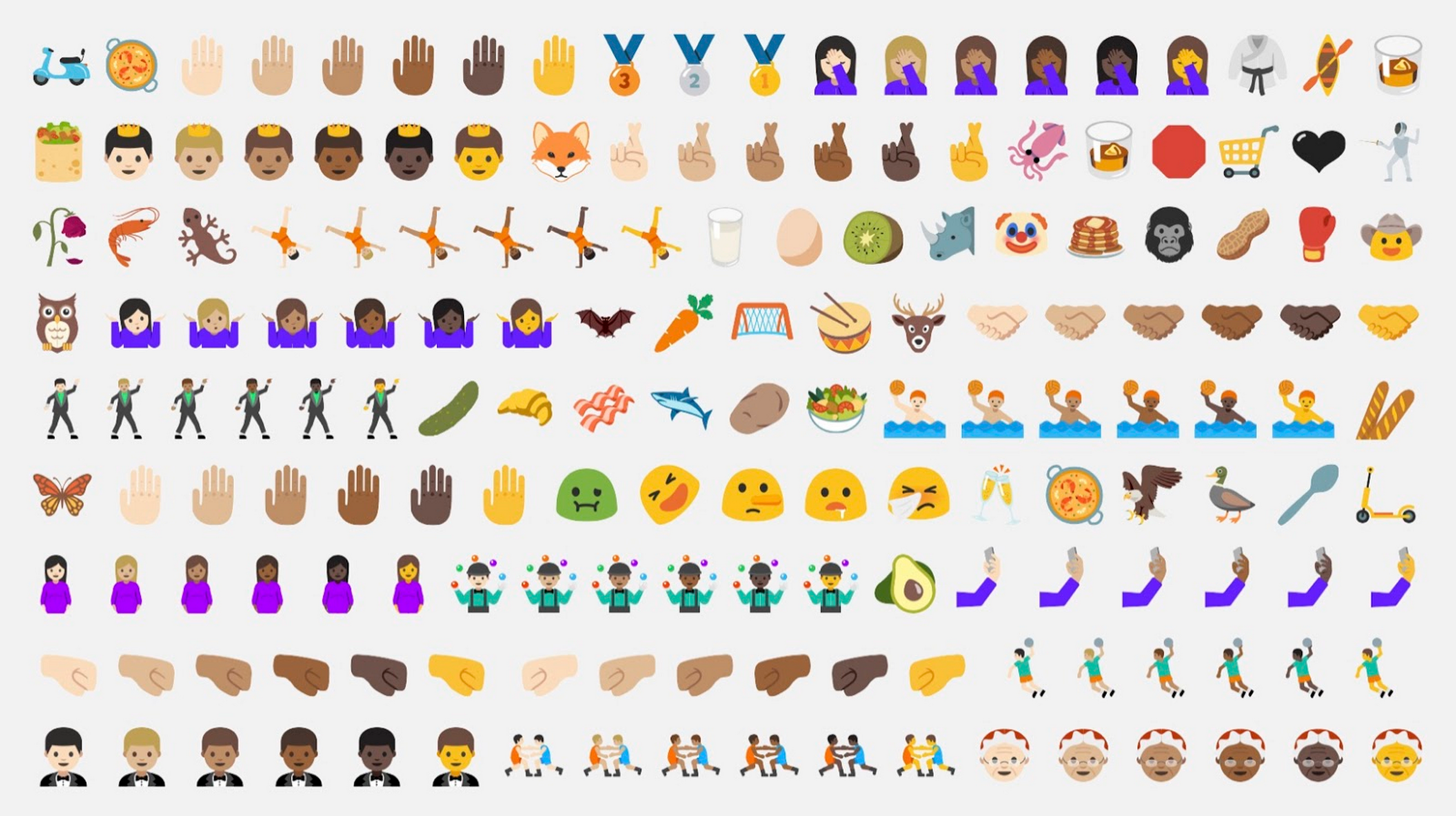 Android 7.0 Nougat: a more powerful OS, made for you

Today, we’ll begin rolling out Android 7.0 Nougat to Nexus devices. With more ways to make Android your own, it’s by far our sweetest release yet. 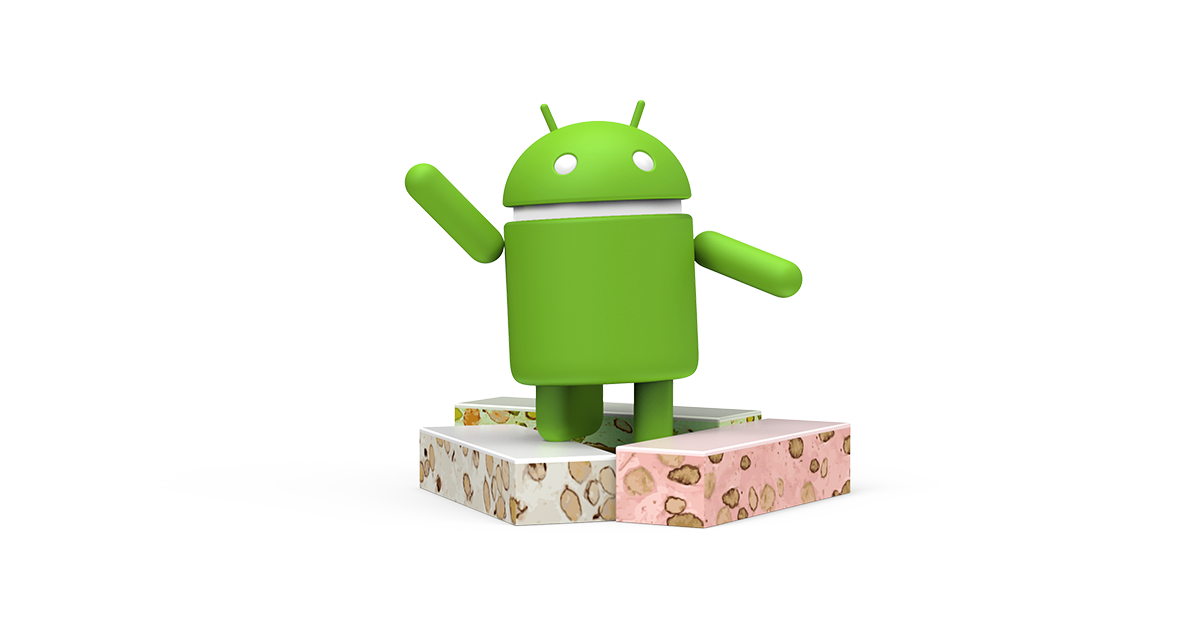 With more ways to make Android your own, Android Nougat is our sweetest release yet.

As of today, I’m also using this Account for exactly one year now. So far I’ve neither bought a FP2 nor received an official update for my FP1.

I guess I take a break.

I think it’s not worth to work on Marshmallow anymore as they don’t seem to be near the finish there. So Fairphone should skip Marshmallow and go directly to Nougat. They could provide it as Christmas present if they are fast enough.

I guess that the biggest hope for people who want to be updated as quick as possible would be a successful port of Cyanogen Mod and it looks like some people are working hard right now to make it happen.

Hi, I ordered a Fairphone 2. Because I search for a fair alternative in almost every direction, this includes reducing the dependency from large companies like Google. Thus, I would expect sustainability also for the software... :wink: Unfortunately I find it hard to get details about this. I saw somewhere that the phones are rooted, which is good, and in the shop, there is a statement in that Android 5.1 is used. (BTW, I really had trouble to find these specifications. Strangely there is NO…

That would also be my ideal way to go!

Even if they are not finished by christmas!

@Douwe I am sure it is too early to say something definte, but I am also sure you talked internally about it.

Can you tell us anything? pretty please

Is the hardware technically capable/ready for Nougat?

My guess is, the question should rather be: Has Qualcomm already released firmware for the SoC for Nougat.

I think without that, FP will not be able to work on a nougat release.

I don’t think so because FP may have already spent much manpower for Android 6. This effort would be lost. Important to me is the next (Android) leap to be realized as soon as possible. I can hardly remember smartphones having reached this goal. I could live with 6 and I would recommend to save the money and many days of hard work for a small company.

The Sony Xperia Z3 (also with Snapdragon 801) got a preview version of Android 7 Nougat.

I don’t think so because FP may have already spent much manpower for Android 6.

It depends. If they are near the finish, they could complete the work and release Marshmallow. If they have to do a lot of work to complete Marshmallow, then it is not worth the effort.

I could live with 6 and I would recommend to save the money and many days of hard work for a small company.

In the long term, a version beyond Marshmallow is needed. Fairphone wants that the FP2 has a lifetime of at least 5 years, that means at least till the end of 2020. I think Marshmallow will be severely outdated then.

It makes me really really sad that Fairphone is not able to provide an up-to-date version of Android. This makes it impossible for me to convince myself to invest in this great concept.

I can only hope that they find a way to address this problem.

FairPhone just now provides still up-to-date lollipop versions, and will definitely provide newer versions. It might even be better they wait with nougat. Remember 5.0 memory leaks and whatever? Took some time until people liked that version. Lollipop is fully supported and patched. Enough for me, and nougat will certainly be an option sometime

It might even be better they wait with nougat.

I don’t think that the Nougat firmware by Fairphone will be finished tomorrow. When the Nougat firmware is shortly before completion, we will probably know if Nougat has such problems. If not, we have a fast finish then. If yes, Fairphone could hold back the upgrade until Google releases a solution (hoping that this solution has no breaking changes).

Lollipop is fully supported and patched.

I only ask: How long? You don’t only have to look at security updates but also on app compatibility. I think Lollipop will be still good in the rest of 2016 and the first half of 2017. But then, we have to look at these both issues.

Marshmallow and Nougat provide and integrated app permissions manager, what is a great thing, much more efficient that an useless “Privacy impact” app.

The energy management is also much better in Marshmallow and Nougat.

A maintained Lollipop is nice, but planned development and transparency too.

We all know that the Fairphone ressources are limited.

In this case why they not help community to port alternative OS like Cyanogenmod or really open their sources code to contribution?

So so, a lot of people want (bad or good) news from the Fairphone 2 team.
How can we ask them a software roadmap ?

We asked yet unfortunatly Fairphone dont want to / cannot communicate about that…
What is a bit disapointing from a fair manufacturer of Android phone.

Sorry to say we do not have any news about Android 6.0 or 7.0 for that matter.But as soon as we do, you’ll be the first to know

We will get that [Android Marshmallow] on the Fairphone 2, but we can’t say yet when.

Having worked on Firefox OS - which was based on Android - I can tell you that’s a bad idea for a number of reasons. First of all Google has and will always have more resources than Fairphone will be able to muster so playing catch-up means you can end up never finishing a version before the next one comes out. Second you’re dependent on the SoC OEM for support and Qualcomm’s support for Android M is going to be much better tested and more stable than Android N. Lastly Google has been introducing functionality in an incremental way. You need to ensure that functionality works correctly and skipping a version means you’ll have to test it from scratch in the following one if you didn’t manage to finish it in the previous one.

EDIT August 2018: This information is wrong

The FP2 CAN’T receive Android 7.0 Nougat officially (= with Google services) because Google (= AOSP) dropped support in Android 7.0 Nougat for the msm8974 chipset (which is the Snapdragon 800/801 chipset, which is used in the FP2)

Quote from Myself5 on XDA/Disqus:

If someone here would be able to read the Android Sourcecode, they would know why the Z3 and other msm8974 devices are no longer officially supported.

With 7.0.0, all msm8974 code was removed from AOSP. After all, what you expect is that Sony is supporting a no longer AOSP supported chipset. At what point is that a fair assumption?

Of cause its sad to hear that the Z3 got the N Previews and now is no longer supported, but guess why there was no Preview 4 or 5 either? Probably that was around the time when Google gave the 8974 chipset the boot.

After all, the article is not really well researched in my eyes, and written like its Sonys fault that the 8974 platform is no longer supported. Of cause up to some point it is. But there is also a greater matter, which is not in the hands of Sony at all.

BTW, Sonys Open Devices program will probably find a way sooner or later, its just not something the company can do officially IMO.

And another quote from an XDA article:

Since support for the Vulkan Graphics API is required for a device to pass Google’s Compatibility Test Suite (CTS), any device with a Snapdragon 800/801 will not receive official support for Android Nougat. But since Nougat runs just fine without drivers that support the Vulkan API, you can expect to see unofficial ports for many other MSM8974 devices. The level of functionality of these unofficial ports will widely vary between devices, depending on how open source friendly the device’s hardware is.

So basically a FP Open build would be possible but not one with the Google services included.

15 Likes
Longevity vs Obsolescence (software)
Should Fairphone prioritize on fixing Lollipop Bugs or upgrading to Marshmallow?
Fairphone 2 and CyanogenMod / LineageOS
Why not jump to Android 7?
Roboe August 25, 2016, 9:00am #188

The AOSP source of Fairphone is CodeAurora (Qualcomm directly), not Google. Maybe they will support it?

They won’t be able to provide an image with the google services included (as in my previous post) the OS won’t pass Google’s Compatibility Test Suite which requires Vulkan for Android 7.0. So the only hope is, that they create an FP Open image with Android 7.0 (which could take a really long time as the Fairphone software team is much too small to fix all the already existing bugs and get a new version ready)

but thanks @z3ntu for the information!