Now back in Amsterdam. Making some small changes to it before sending it off again. [image] And @urs_lesse Made a great diary entry! Thnx! [image]

Hey, @Douwe, do you like marshmallows? Just a naive question, you know. Warming marshmallows at a campfire, telling stories about sustainability and ethical stuff,

Edit: although those points remind me to the Ubuntu Touch port booting… but second image is clearly Android.

@Roboe Are you still active on porting CM, now LineageOS, to FP2 :)?

Is that why Fairphone stopped producing open Lollipops in 2017 - because they will produce open Marshmallows soon?

Too bad, yes, as there are some serious qualcomm bugs fixed in February. So, even waiting for marshmallow, a 17.02 lollipop would be fine

Guess I was wrong. They are now beta testing a new googly Lollipop, so the reason for the delay in open Lollipop production must be something else. Maybe @anon36364121 is sick? 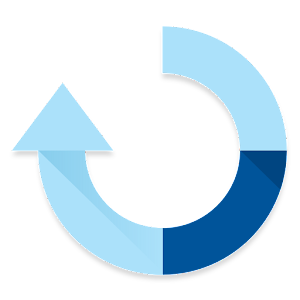 Good to know. Is the process of beta-testing transparent in any way? Though, which bugs, how many testers etc.? This knowledge would increase the “visibilty” about what FP is working at the moment…

Good to know. Is the process of beta-testing transparent in any way?

You can find more information about the beta program here. When you join the beta program, an additional section “FP2 Beta Testing” will apear in the forum. You can then download the latest Android 6 beta and discuss it with other beta testers and the developers.

I’m pretty certain that they will release Android 6 and won’t skip it in favour of Android 7.

In 2015, the Snapdragon 801 was a smart decision. Because it was a widespread platform with many phones and there were no signs of obsolescence at this time.

The turnaround happened in August 2016 when Android 7 was released and the Snapdragon 801 was excluded. At that time, Fairphone should have started to develop a Fairphone 2 with a new chipset (Fairphone 2.1) instead of hoping to get Android 7 anyways on it with Google’s sake. Because when Android 7 is really not possible on Fairphone 2, we have a big sustainability problem which could have been avoided for the newer portion. Other way round (two Fairphone 2 versions, both with Android 7 possible) would only be a little problem (little more developing work because of two different chipsets).

Hi, this place is better for this discussion (I moved the two posts above mine).

At that time, Fairphone should have started to develop a Fairphone 2 with a new chipset (Fairphone 2.1) instead of hoping to get Android 7 anyways on it with Google’s sake.

They don’t need Gxxgle’s sake for an Android 7 FP Open OS, so that would be our hope for an officially supported Android 7 version. There are plenty of ways to make FP Open OS behave like the GMS version (pretty similar to all FP1s), for example OpenGAPPS, Yalp Store, etc. I don’t see a pressing need for a different chipset.

PS.: That would also contradict Fairphone’s idea in a philosophical way. They are fighting obsolescence and are trying to prove that a different relationship between a company any its products is possible -> namely providing updates as long as feasible and not ditching an old product just because Gxxgle doesn’t deem it worth it to support it anymore.
PPS.: Social scientist would probably say that FP2’s “oldness” is a social construct, constructed by Gxxgle and the other shiny OEMs.

Even in comparison with the average lifetime of a smartphone (about 18-24 months) FP2 is relatively young!