[Alternative to the] Japanese Keyboard?

I’ve been a bit slow in moving from my old phone onto my FP2. A few ‘minor’ (but vital to me), things are holding me back, one of them is a suitable Japanese keyboard. Out of the box, I got the options choosing between the English (UK - Android AOSP) keyboard, or the Japanese IME.

Unfortunately for me, I’m used to having a Japanese keyboard with the western alphabet. So, to type “taberu” (eat), I would have to type those six keys, once each. But the bundled Japanese IME has just 12 keys, meaning some keys have to be pressed quite a few times, just to produce one specific Japanese character.

Sounds confusing? I’ll take a screenshot with my FP2, and my old phone (Sammy Note II). That should hopefully illustrate things better. 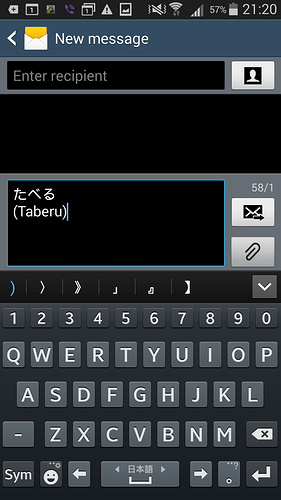 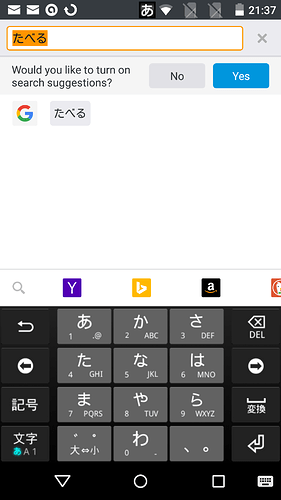 PS. I can remember some time ago (before Android OS 4.some.thing…), getting a decent Japanese keyboard meant downloading it separately through a friendly Appstore. But with more recent updates to the OS, the built in keyboard became so good that hassle was eliminated.

– EDIT: Added photos, and text at bottom of this post –

I guess you aready have a work around to this problem, but just in case you don’t there is an option whithin the Japanese IME. If you keep pressed the lowest left key (the one for changing among alphabets) a menu will be shown. You can choose the option keyboard, and then you’ll get what you’re looking for

Sorry, somewhat late here but just wanted to say: Thank you, just what I was looking for! This is way better than the Open-Source keyboard that I found through F-Droid.