Alarm clock: problems with snooze and turning it off [Solved]

Do you guys have any remedy for this problem?

I greatly appreciate your help!

I’m also using app which came with FP2 but can’t reproduce that. For me it’s working fine:
When phone is locked and alarm rings I see it in full screen and can disable and snooze: 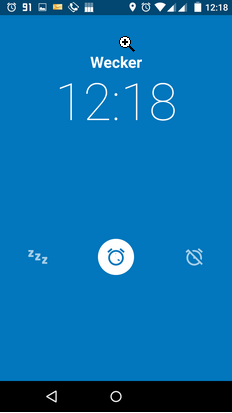 While phone is unlocked there’s a popup at the top:

I also couldn’t find a way to silence the alarm. But when I set the nofifications of the clock to Priority, it works,
Go to 'Settings’
go to 'Sound & notification’
go to 'Notifications’
go to 'Clock’
slide the dot to the right.
Now you will see the word ‘Priority’ under the word ‘Clock’

slide the dot to the right.Now you will see the word ‘Priority’ under the word ‘Clock’

Thank you so much and have a great weekend!

This topic was automatically closed after 10 hours. New replies are no longer allowed.